2009 saw a glut of politically-themed bobbleheads, from Obama in Brooklyn to Robert Byrd in West Virginia to Hilary Clinton in Quad Cities to Joe Biden in Delaware.

Well, now the Lowell Spinners are getting in on the act. The team announced today (via Twitter) that TWO bobbling politicos will be featured on the 2010 promotional calendar: Massachusetts senior Senator John Kerry and junior Senator Scott Brown. Photos of these sure-to-be coveted items have not yet been released, but if you close your eyes and think real hard I’m sure you can conjure up a fairly accurate image in your mind. 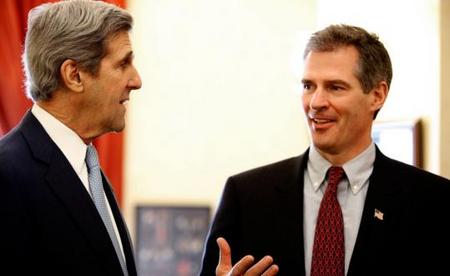 And, no, this is not just a belated April Fool’s joke.

Democrat vs. Republican often feels like a choice between Vampire vs. Werewolf, which conveniently leads me to my next item:

Fans can now VOTE (via Facebook) on which of the above jerseys they’d like to see the Fresno Grizzlies wear on Twilight Night, which will be taking place on June 26th. The jerseys will be auctioned off for charity after the game, with proceeds benefiting the Central California Blood Center.

Right now Team Jacob is enjoying a 30-vote lead, but this thing is far from over. My guess is that Edward comes out on top, simply because anything involving a “count” naturally favors vampires.