The Lake Elsinore Storm held “Obscure Sports Night” last week, a write-up of which can be found HERE.

But no write-up could accurately depict the madness which transpired on this special evening. Madness such as this:

That’s a Photo of the Year contender if I ever saw one, and I am happy to say that I am in possession of a large cache of fish tossing photos. I will share each and every one of these photos with my flying fish-obsessed public, but first let’s look at some of the other sporting events that were held.

In this game, Thunder the mascot walked like a zombie toward a metallic hula hoop, avoiding crouching team employees all the while. He then engaged in the ceremonial crushing of the one holding the hoops. 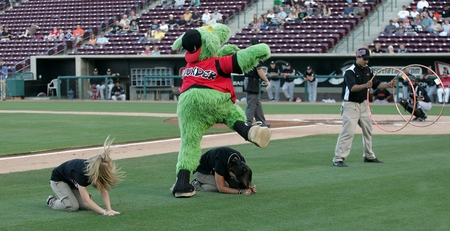 And then there was the time-honored art of whatever this is: 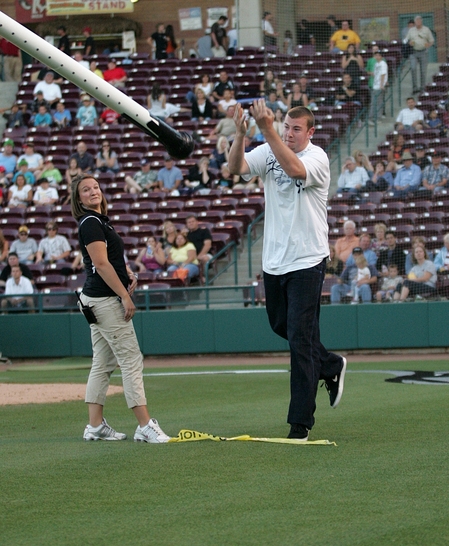 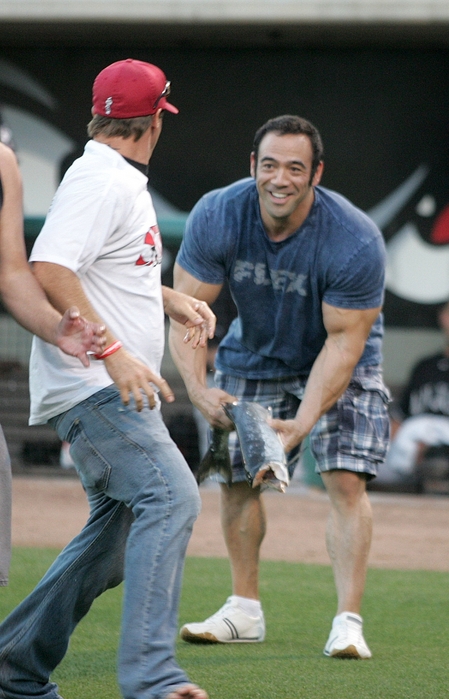 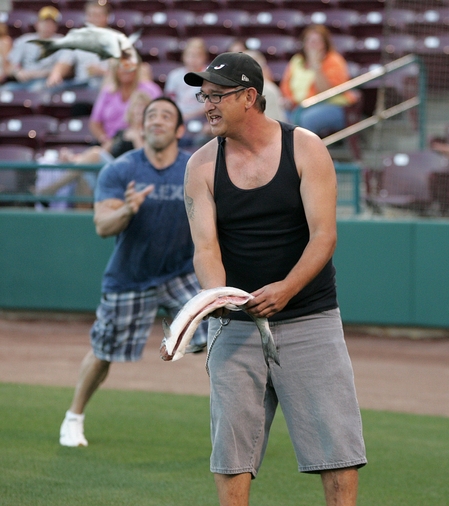 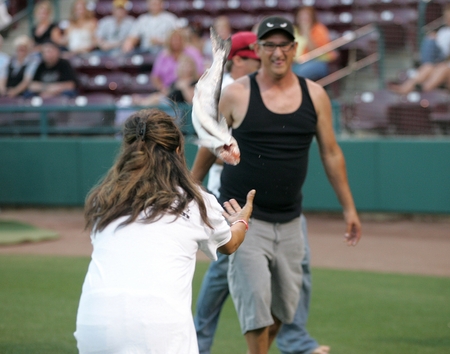 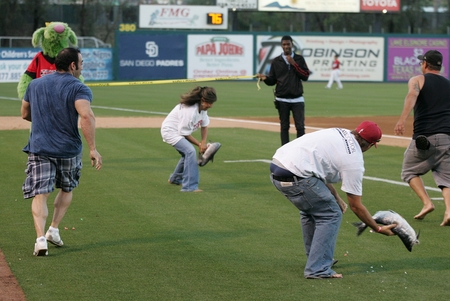 I certainly hope that the above treasure trove of photos satiated your airborne fish desires, because that’s all I’ve got.

This will therefore conclude Ben’s Biz Blog post #495, which leads me to ask the following question: Any ideas of how I should commemorate post #500? Usually when I want to celebrate a milestone I just run 5,280 feet while carrying a medium-sized rock, but I don’t think such a symbolic gesture would be appropriate in this case.