The new logo bandwagon has been trekking across the Minor League landscape as of late, most recently making a pit stop in Kannapolis, NC.

Kannapolis is home to the Intimidators, a South Atlantic League club named after the late Dale Earnhardt. A Kannapolis native and NASCAR legend who once owned a minority stake in the team, Earnhardt was nicknamed “The Intimidator” in recognition of his aggressive tendencies behind the wheel. 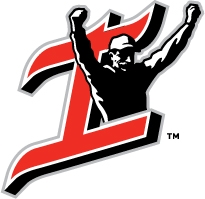 Players will only sport the logo during what the team refers to as “Dale Earnhardt-related occasions”. But given Earnhardt’s legendary status among NASCAR’s huge legion of fans, this is a mark that should resonate far outside of the local market.

“In looking over ways to continue to enhance our partnership
with Dale Earnhardt, Inc. and the Dale Earnhardt Foundation, we thought this
new alternate logo was a fitting tribute,” said Intimidators general manager Randy Long in the press release. 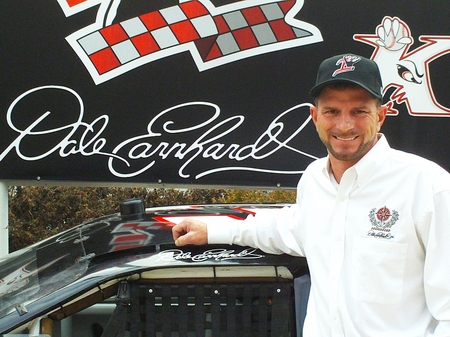 The team also announced an additional alternate logo, which is like Cyclops and the first Super Bowl in that it consists of one “I”:

Unlike every other Minor League logo unveiled this offseason, the Intimidators’ new marks were not designed by either Plan B Branding or Studio Simon (finally!). They were the  work of Phire Branding, an Ann Arbor-based company that has previously designed Earnhardt’s website and NASCAR Hall of Fame logos.

But lest we forget, the Intimidators primary logo isn’t going anywhere.

And for good reason! This logo is a perennial winner in the “Angriest Letter” category at the annual “Anthropomorphic Awards” (held in my living room each January). It might look a little like a high-heel shoe, but it is a high heel shoe that can and will destroy you. Show some respect.