It’s important to stay grounded, but nonetheless it’s become apparent to me that this blog is over-reliant on terrestrial perspectives. In order to shake things up, then, today’s post will feature some aerial views before returning to Earth.

We’ll start things off in flyover country, as the Indianapolis Indians recently staged a pre-game stunt that was (almost) out of this world. A squadron of Navy “Leap Frogs” parachuted into Victory Field prior to August 16’s ballgame, with Rear Admiral Scott T. Craig throwing out the first pitch. What follows is the video of their practice run that afternoon, giving us a bird’s eye view of the arduous journey from air to ground.

Not quite as high-flying, but airborne nonetheless, are our fine feathered friends the Great Lakes Loons. The team staged their annual “Raining Money” promotion on August 5, in which $2000 in one dollar bills was dropped onto the field from a helicopter. This year, the mad cash scramble was preceded by an excellently-produced short film entitled “The Sleepover,” which segued flawlessly into the promotion itself.

Seeking to retain this elevated position for as long as possible, we now travel to Lakewood, NJ. On August 20 the BlueClaws held their annual blood drive, an event preceded by an awareness-raising stint of roof-living by the appropriately-named “Roofman.”

“Roofman” is also known as “Ryan Ragan,” COO of the Central Jersey Blood Center. He spent five days on the roof prior to the drive, which resulted in a prolonged period of local radio and TV news attention. Here he is, in quieter times. 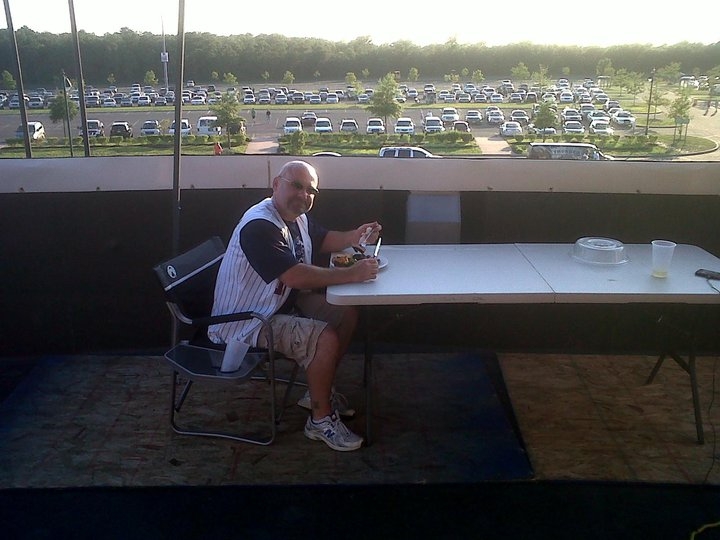 91 people ended up giving blood at the BlueClaws’ drive; meaning that the Roofman’s efforts were simultaneously not in vain and “in vein.” Life sure can be funny sometymes.  And, yes, that was an intentional spelling error in the previous sentence. In the spirit of the blood drive I was attempting to be “typo positive.” 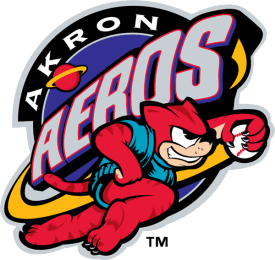 We’ll conclude by focusing on a team whose spacebound aspirations may soon come to an end: the Akron Aeros. This traditionally aerodynamic entity is currently staging an online “re-branding contest,” with voting continuing through September 1.

While the option remains to keep the “Aeros” name, other possibilities include Gum Dippers, RubberDucks, Tire Jacks, and Vulcans. All of these names allude to Akron’s industrial past, primarily its status as a leading producer of rubber.

While I generally like team names that incorporate local history, it is my opinion that the alliterative pizazz of Akron Aeros remains superior to the new contenders. Will the voting public agree? Do you?

For now, things remain up in the air.