The usual array of teams (Williamsport, Lake Elsinore, Bowie, et al) have turned their ballparks into haunted houses, but in some cases such an extensive effort isn’t necessary. As the Great Lakes Loons prove with this video, sometimes all you need is a mascot dressed as a ghost, holding an air gun.

But Halloween isn’t just about cheap thrills. In Lehigh Valley, the IronPigs held their fourth annual “Suites and Treats” event for underprivileged and special needs children. This is a cool concept, and to my knowledge the IronPigs are the only ones who do it. From the team’s website:

The event took place on the Club Level with the support of the IronPigs’ suite holders, who took advantage of the opportunity to decorate their suite so the children could go “door-to-door” for a unique “trick-or-treating” experience. In total, all 20 suites along with the outdoor PenTeleData party porches were decorated for Suites-n-Treats.

A few examples, from the team’s Facebook photo gallery: 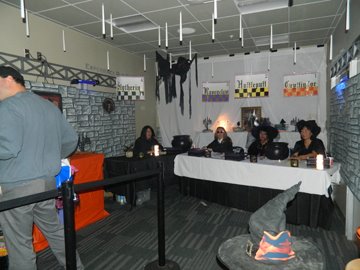 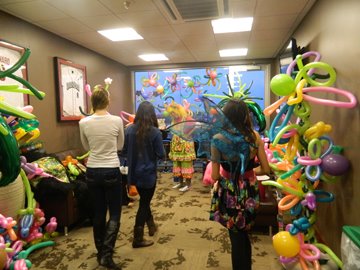 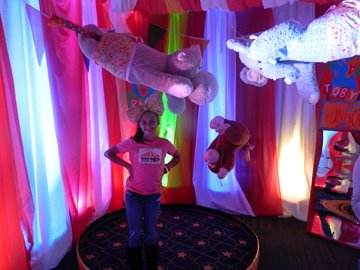 One of the benefits of staging in-season promotions dedicated to offseason holidays is that said promotion can result in content that can then be used during the holiday in question. Make sense? No?

That’s okay. All I’m really trying to say is that the Fort Wayne TinCaps staged a Halfway to Halloween promotion and aired the following video during the game. And — bonus! — the video is once again fit for public consumption.

Meanwhile, in Trenton, the team’s concern regarding the dangers of trick-or-treating has manifested itself in a somewhat ridiculous public awareness campaign.

These guys have made a video. Click HERE to watch it.

The Wisconsin Timber Rattlers have made a new video as well. It’s not related to Halloween in any way, really, but notable nonetheless. Like life itself, this effort is an interactive game of skill:

Nice work on that one by the T-Rattlers. Similar efforts will help prevent offseason mental atrophy, the effects of which have already begun to be felt.