Me: Today I have a really big news item to share with all of you.

Look, I don’t know why you’re confused. I really do have a 3600-foot news story to share. 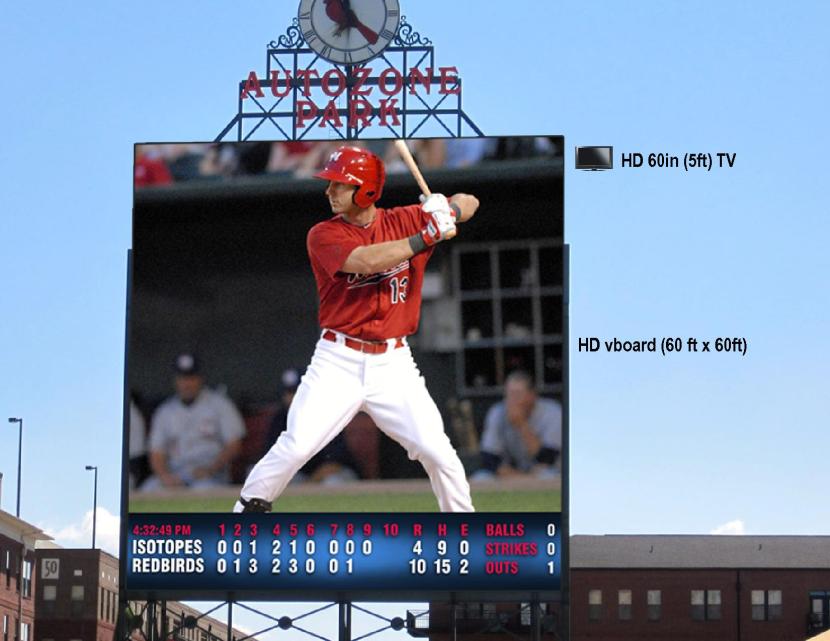 The above is a rendering of the scoreboard that, in March, is scheduled to be installed at AutoZone Park in Memphis. Per the team:

The scoreboard will be the largest HD board in minor league baseball at 3600 square feet (60’ X 60’). The current largest belongs to the Buffalo Bison, standing 80’ x 33’ (2640 square feet). The Redbirds video board also beats several of the NFL team boards installed by Daktronics. The board is made up of 1,440,000 pixels and weighs over 20 tons.

Indeed, it was just last season that the Bisons’ laid claim to the oft-contentious title of “biggest scoreboard in Minor League Baseball,” but it now appears that the Redbirds are wresting it from them. But for how long? There’s always someone out there lurking, just waiting for that opportunity to claim the throne. For now, however, pixellated supremacy belongs to Memphis.

Let’s move on from big news to old news. In fact, this is some of the oldest news I’ve ever had the pleasure of reporting. Regular readers of this blog are well aware that each of the past two Minor League seasons have included a centenarian first pitch.

In 2010, 102-year-old Chris Nocera fired a strike for the Round Rock Express. 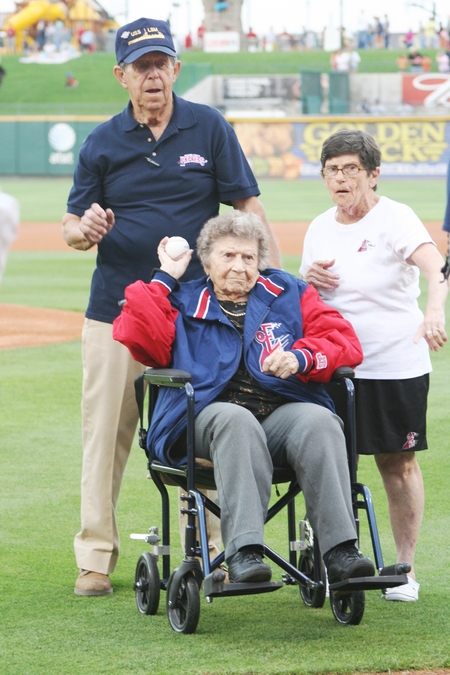 Then, last season, 109-year-old Violet Smith threw one down the middle prior to a Great Lakes Loons game. 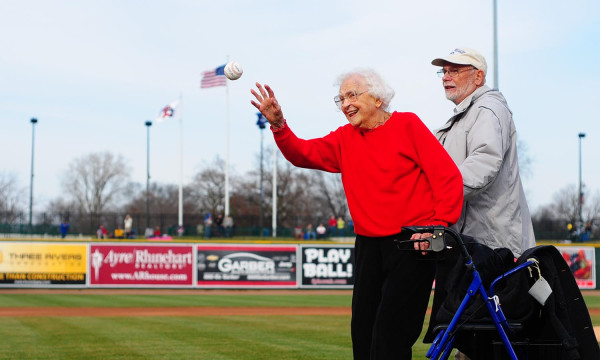 But 2012 will usher in a new age of elderly first pitches: that of the supercentenarian!

On March 31, Shelby Harris of Rock Island, IL will turn 111 years old. Five days later, he’ll throw out the first pitch at the Quad Cities River Bandits home opener! Harris is the oldest man in America, and it’s fantastic that the River Bandits have extended the invite and that he’s in good enough shape to do it. 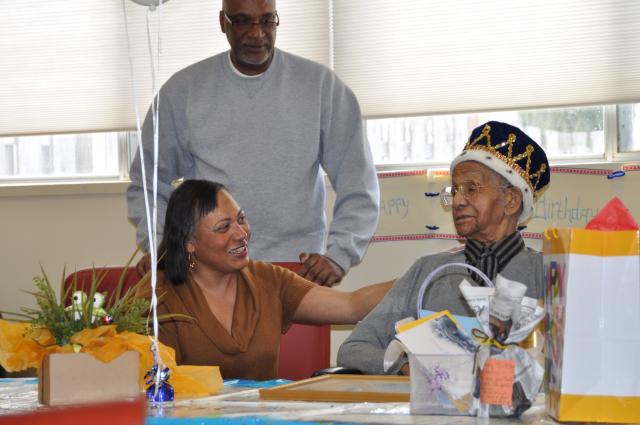 —And now let’s move on to news from the department of “It was bound to happen eventually.”

The Lancaster JetHawks, a Houston Astros affiliate in the state of California, have put together a promotion inspired by the exploits of a Colorado quarterback who first made a name for himself in Florida. 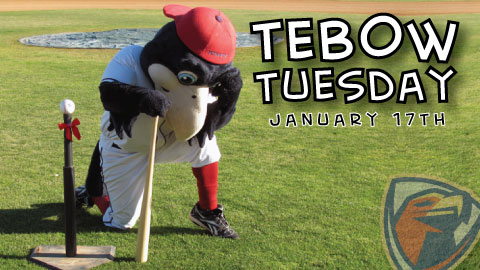 After last weekend’s thrilling overtime victory against the heavily favored Pittsburgh Steelers, [JetHawks mascot] KaBoom has convinced the JetHawks Front Office to put together a special “Tebow Tuesday” Promotion that gives JetHawks fans the opportunity to buy 15 tickets for only $15.

The Tebow Tuesday Promotion will activate if the Denver Broncos can pull off another upset this weekend against the New England Patriots. The package will only be available next Tuesday, January 17, and includes 15 undated ticket vouchers for any JetHawks home game in April. In addition, any fan who wears their Tim Tebow Jersey to the Tuesday, April 17, game against the High Desert Mavericks will have the opportunity to throw out a ceremonial first pitch and take a picture “Tebowing” with KaBoom on the field prior to the game.

According to my records, this is the first Tebow-related promo in Minor League Baseball since the Fort Myers Miracle announced (and were later forced to rescind) “What Would Tebow Do?”

And now, apropos of nothing, let’s end with a photo. This shot depicts one of the perks of being a mascot: being on the receiving end of sensuous acts initiated by Miss America contestants.

Silver Swoop of South Bend is one lucky bird: 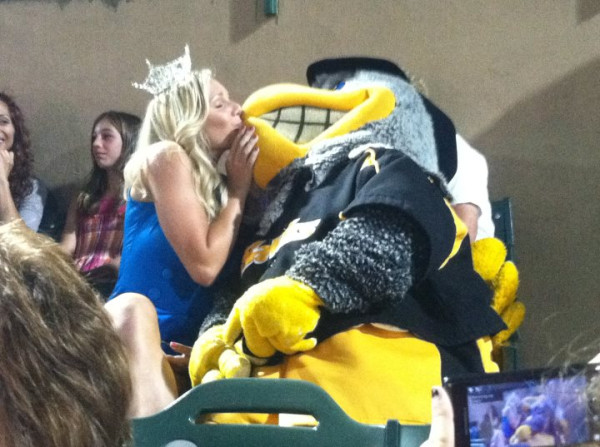