The latest and therefore greatest era in Southern League history kicked off last night, as the Pensacola Blue Wahoos played the first game of their incipient existence. And while you’d think the team hasn’t been around long enough to have any enemies, you’d be wrong.

Pensacola is the proverbial hop, skip, and a jump away from Mobile, home of the BayBears, and proximity breeds contempt. This contempt has now manifested itself in the form of the “Bay to Bay Series.” 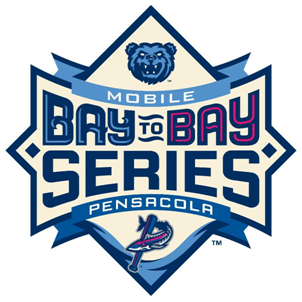 The Mobile BayBears and Pensacola Blue Wahoos are proud to announce their rivalry in the inaugural “Bay to Bay Series.” Fans can expect several rivalry themed events at both ballparks this year, including BayBears fans versus Blue Wahoos fans in-game contests, promotions and series leader boards.

The Bay-to-Bay Series is the very first joint-sponsored, event-based rivalry program in Minor League Baseball. Hank Aaron Stadium in Mobile and Maritime Park in Pensacola are just one hour apart from each other.

The uber-snazzy logo seen above was designed by Brandiose, who were responsible for both teams’ logos in the first place. I do wonder, however, if Mobile fans are upset that Pensacola is the “home” team while the BayBears are clearly “second”ary.

You may remember a recent post in which I heaped praise upon the Charleston RiverDogs for their latest “Be Your Own Fan” initiative, featuring marketing initiatives geared to nine unique groups of fans. The Fort Myers Miracle, who are part of the same ownership group, have now done the same.

The eight categories of Miracle fans are as follows: the prospect, the fanatic, the family, the foodie, the brewskie, the retiree, the opportunist and the event seeker.Here’s how it looks, in action: 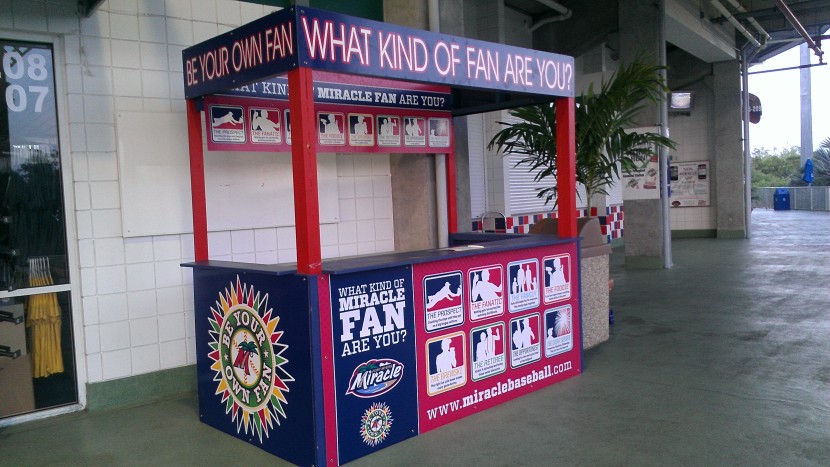 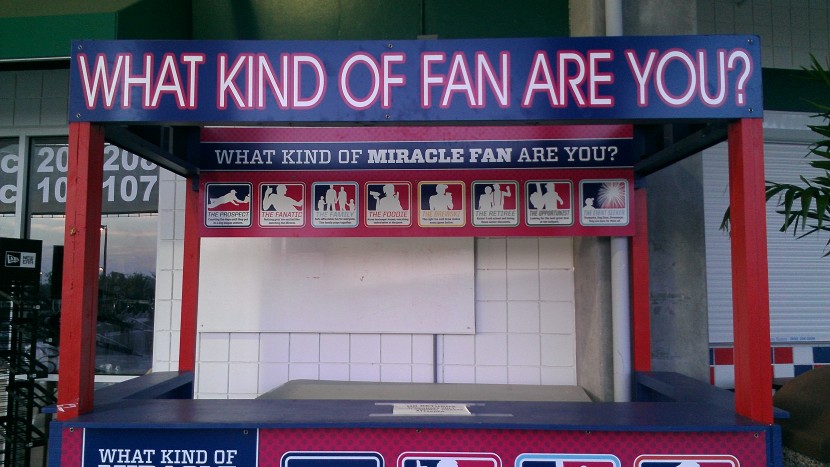 And now that it’s a new season, I imagine that you may need something new to read (that reasoning doesn’t really make sense, but just bear with me).

Wisconsin Timber Rattlers’ broadcasting/blogging dean Chris Mehring has posted his club’s 2012 intro songs. These posts are always a fascinating glimpse of the zeitgeist, and illustrate the diverse backgrounds of Minor League players.  (I do find it hard to believe that Seth Miller chose “What Is Love” on his own volition, however. And, for what it’s worth, I find “Narcissistic Cannibal” to be a far better song title than actual song.)

Meanwhile, from Kentucky, we have the what I believe to be the first blog from a Minor League host mother perspective. Check it out, while I sit here and wish that there was a similar program for underachieving bloggers.

I’ll close with — what else? — dessert. These “Mini Apple Pie Bites” are available for consumption at Toledo Mud Hens games this season. 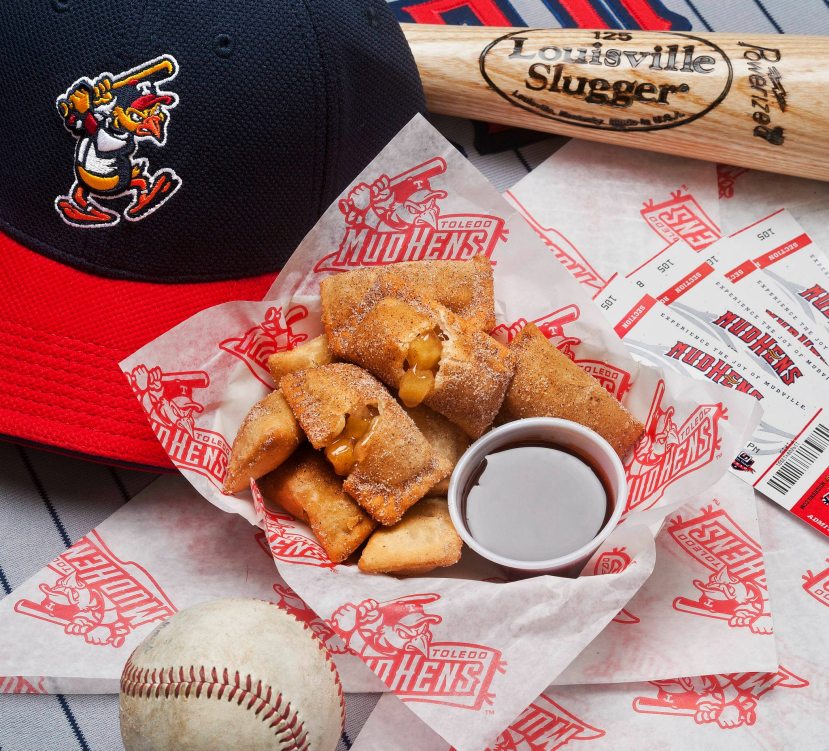