Last month’s Florida road trip was, all in all, an overwhelmingly positive experience. But one of the minor disappointments was the relative dearth of local seafood options at the ballparks — for whatever reason, the crab shacks and grouper sandwich spots that were prevalent in the area didn’t cross over into the stadium experience.

So kudos to the Daytona Cubs for taking a step toward rectifying this situation. On select nights through the remainder of the season, employees from nearby Riptides Bar and Grill will be shucking and serving oysters on the half shell! 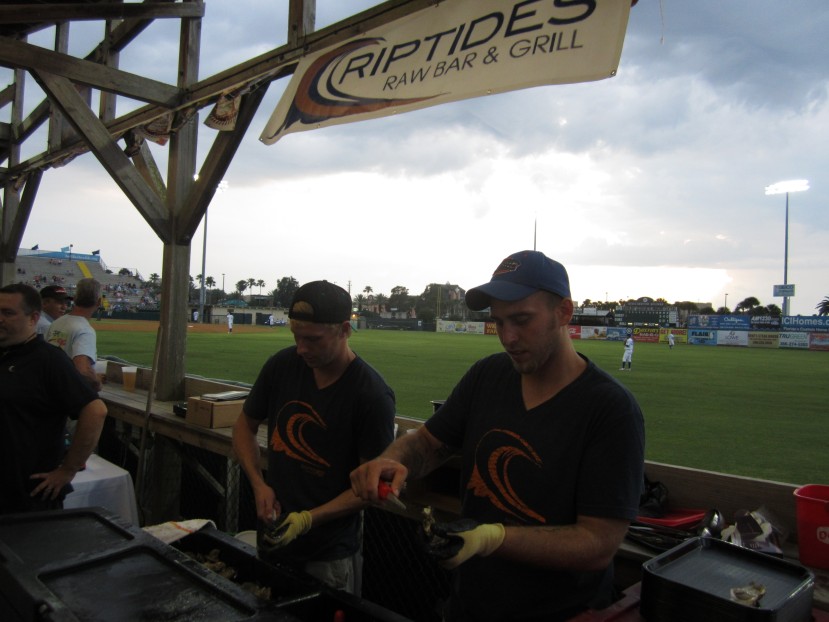 This past Thursday was the debut of the D-Cubs oyster bar, and as you can tell from the pictures the weather was ominous and therefore the crowds sparse. But he introduction of oysters to the Minor League concession scene is a very positive development, in my opinion, and I am hoping that this idea is a success in Daytona and then spreads to all applicable markets with considerable haste!

I’m not sure of the proper way to dispose of oyster shells, but if this was in Durham I wouldn’t be surprised if the Bulls found a way to recycle them into t-shirt material. The team recently partnered with local collegiate clothing company Spring House to create a line of “Bull City” t-shirts made from 100% recyclable materials (including water bottles, plastic beer bottles and x-ray film).

From the press release:

The entire line is manufactured in Durham’s one and only garment factory, less than three miles away from the Durham Bulls Athletic Park. School House, which designed and manufactured the line, sees  the Bull City collection as an example of the power of “Made in USA” products and local manufacturing.

At this point you’ve all surely thoroughly dissected my most recent Promotion Preview column over at MiLB.com, which leads with approximately 400 words on the Wisconsin Timber Rattlers “Salute to Cows” (yes, I’m just the only person these days who manages to consistently write about Wisconsin in an apolitical context).

The team sent along some photos to run with the piece, and I’d like to share a couple of them here. These are just fantastic, these images, especially because they remind me of a VHS video produced by a Wisconsin-based band that I watched approximately 1500 times in college. 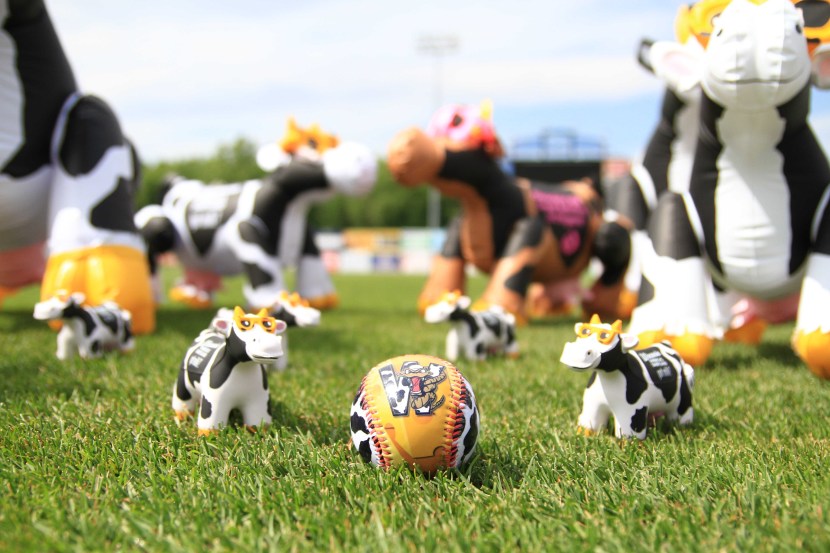 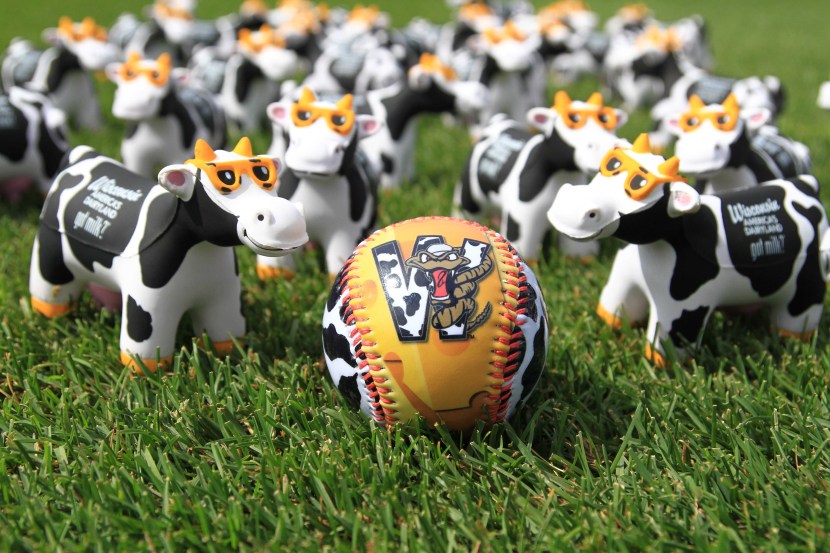 And, finally, I draw your attention to THIS. It’s the State College Spikes’ take on the “Call Me Maybe” video, and they totally nail it. Watch it, definitely.