Ben’s Biz Blog didn’t receive the Overlooked Bloggers Alliance’s annual “Zeitgeist Capturer Award” for nothing. No sir. I earned it, with probing posts of cutting cultural content like that which you will read today.

In August, the Northwest Arkansas Naturals welcomed none other than Jerry Springer at Arvest Ballpark. Yes, that Jerry Springer, mayor of Cincinnati turned host of daytime television’s most refined program. His appearance came courtesy of the Arkansas CW, the network that, as I type this, is airing a Springer show episode entitled “It’s Raining Trannies.”

So what happens when Mr. Springer is the guest of honor at a Double-A baseball game? Naturals marketing and PR manager Regina Van Henkelum was kind enough to send along a bevy of photos and descriptive text, so I’ll now hand over the reigns to her so that we may all be best informed. Her words are italicized. Mine, they are not.

[Jerry] was a hit! We didn’t even need to call [bodyguard] Steve Wilko to keep fans in check. Prior to the game the local CW hosted a launch party but Jerry took time from taking pictures with fans to take BP on the field with the Naturals.

Little known fact about Mr. Springer, he is a switch hitter. 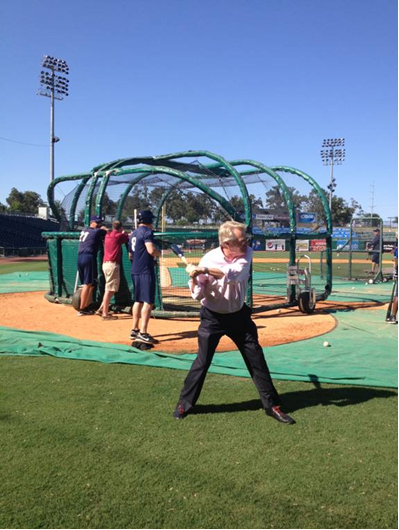 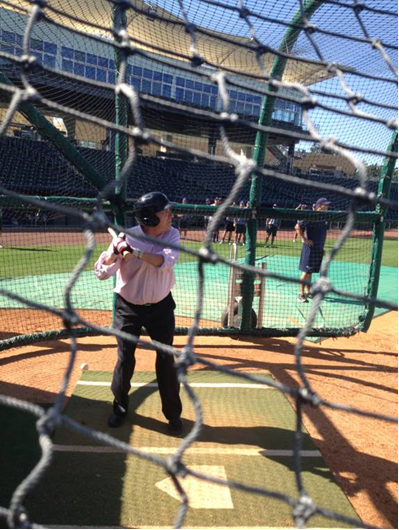 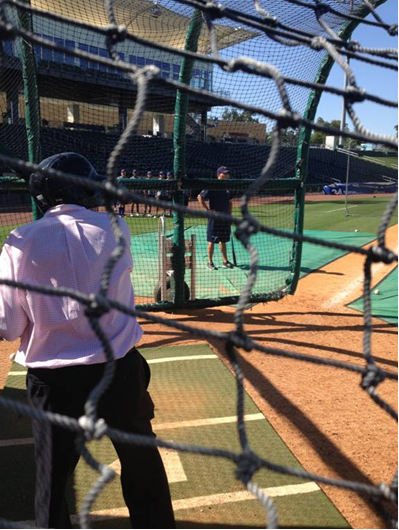 As the Naturals left the field Jerry wished them luck as they headed back into the clubhouse. 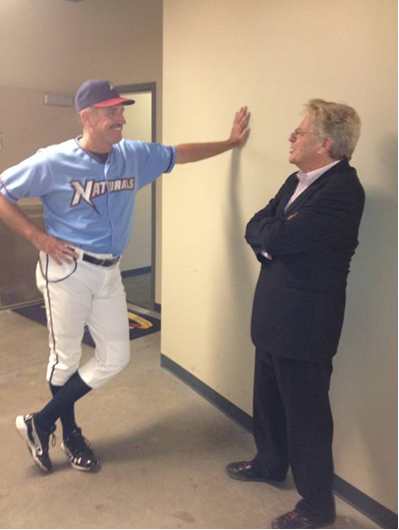 Poldberg was also kind enough to take Jerry into the batting cages and work on his form for the first pitch.

That practice must have helped because the pitch was right down the middle. 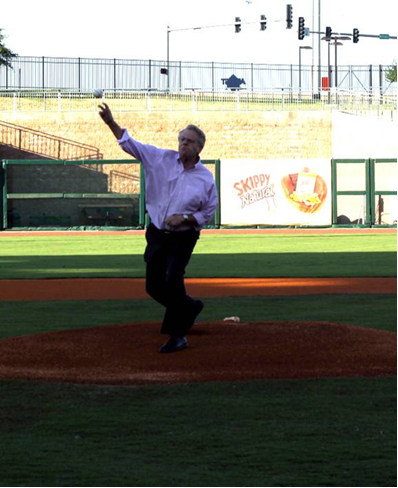 Following the first pitch Jerry took time to sign autographs and take pictures with the fans. 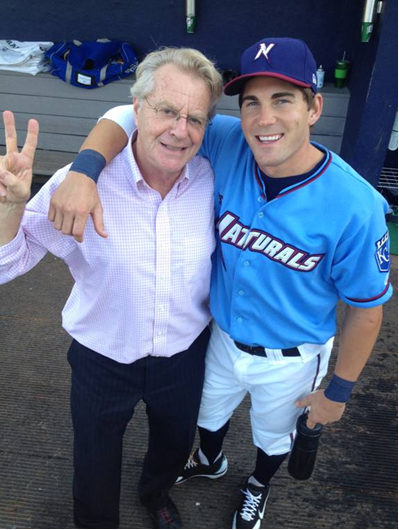 Jerry finished off his evening by singing “Take Me Out to the Ballgame” during the 7th inning stretch and tossing t-shirts to fans. 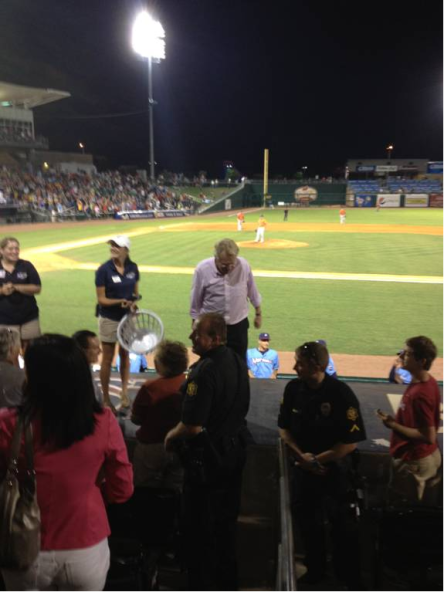 And you know it’s a good night when you are escorted out by local authorities so a mob scene does not ensue.

I’m jealous of Springer, as the only mob scene that ever occurred during one of my ballpark visits was when me and a mascot re-enacted famous moments from The Godfather atop the visiting dugout.

Because too much is never enough, Van Henkelum later sent over some more photos from this most memorable night in Northwest Arkansas. 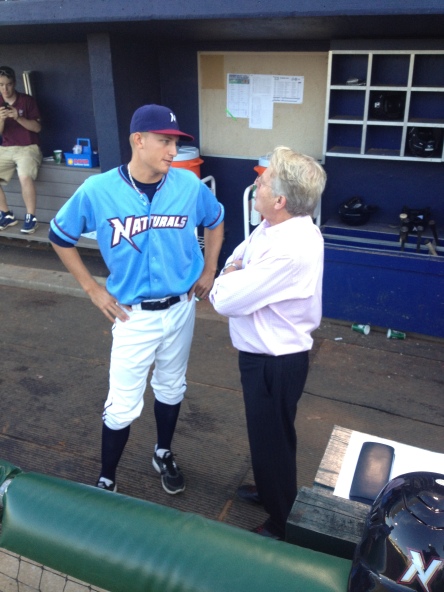 It truly was a night to remember, for how often does an irrefutable icon of the entertainment industry deign to visit a Minor League Baseball stadium?

Not enough, is all I can say to that query. 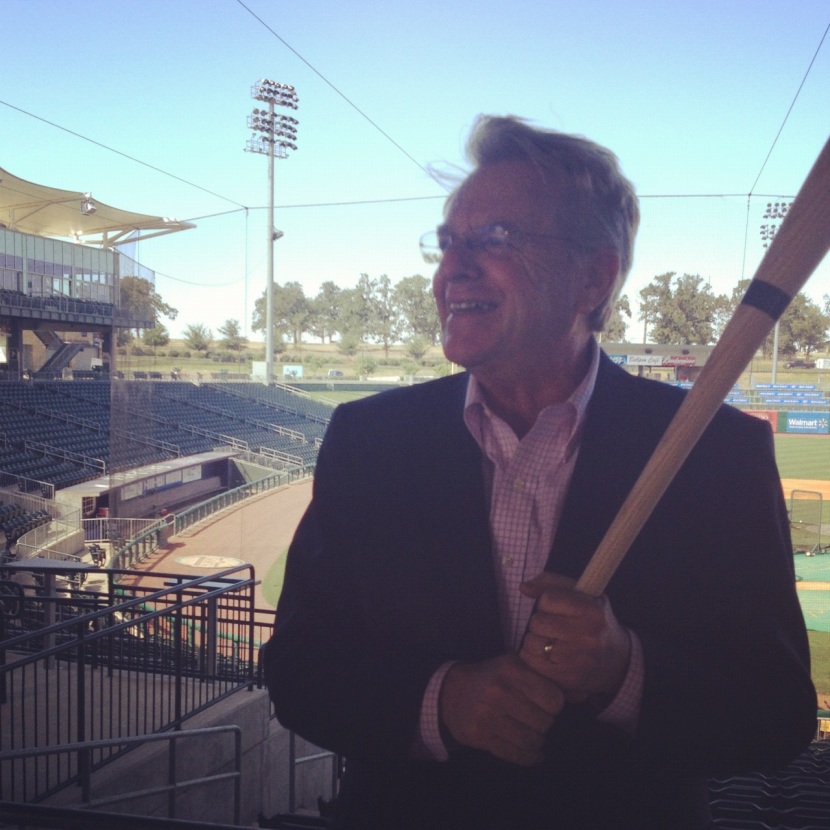