There are few ironclad truisms here in the cutthroat world of Minor League Baseball blogging, but one of them is this: there’s never a bad time for a bouillabaisse! So here we go with just that — a collection of random ingredients that, once stirred together, combine to make for a hearty virtual meal.

After hours and hours of not looking, let’s start with the biggest piece of news that I can find with no effort: for the first time ever, the results of the Goldklang Group’s bobblection (in which fans express their presidential preferences via bobblehead) did not correspond with the result in the subsequent election.

Romney won the 2012 “Bobblection” by a final tally of 6-4, but, as we all know, he was unable to acquire a similar margin of victory on Tuesday night. I, for one, am shocked — when the distribution of competing ceramic souvenirs at a Minor League Baseball game is unable to foretell the outcome of momentous national events then I think it’s time for all of us to take a long look in the mirror in order to determine what other of our deeply-held assumptions have turned out to be erroneous.

Erroneous assumptions such as this one: mascots don’t have birth certificates.

Upon seeing that Spokane Indians mascot Otto was running for president, I mentioned to the team via Twitter that his candidacy was invalid due to lack of proper documentation. 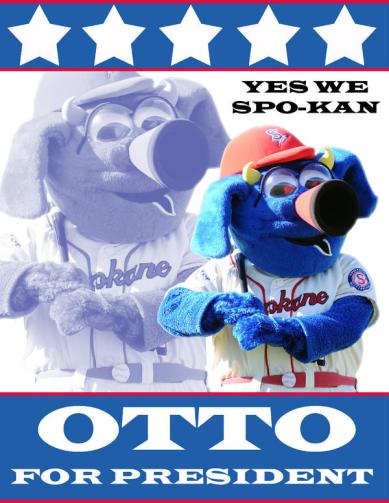 The Indians hemmed and hawed around the issue, saying that the certificate had been “misplaced” amidst their ongoing stadium renovations. At first I was skeptical that such a certificate had ever existed, but these feelings were partially mitigated by a tweet I soon received from Lexington Legends’ promotions coordinator Lauren Shrader. This tweet (which included the hashtag #theyarepeopletoo) featured photographic proof of mascot Big Elle.’s birth certificate (Big Elle, as you can see, weighed 150 pounds upon emergence from the womb).

At any rate, I fully expect that the forthcoming offspring of Orem mascotz Hootz and Holly will be properly documented. Holly’s pregnancy is progressing along nicely, as evidenced by this sonogram photo that was posted on the team’s website. Per the Owlz:

After a recent checkup at the doctor’s office, we are happy to report the baby and Holly are both healthy and the due date is on schedule for Opening Day! Hootz and Holly have decided to wait and find out if it’s a boy or a girl until after it is born.

And speaking of whatever the he*k it is that I’ve been talking about:

You have almost certainly read my recent MiLB piece on the Lake Elsinore Storm and their surreal stable of on-field costumed characters, as it was the talk of the internet for weeks on end. And, while you were reading said piece, I bet you said to yourself, “I wish that there were more surreal images accompanying this piece, so that I could fully bask in the surreality of it all.”  And, furthermore, you probably then clicked on the photo gallery accompanying the article so that this urge could be satiated.

But just in case none of the above very likely occurrences took place, I now present you with a quartet of my favorite Lake Elsinore mascot images. They are surreal! 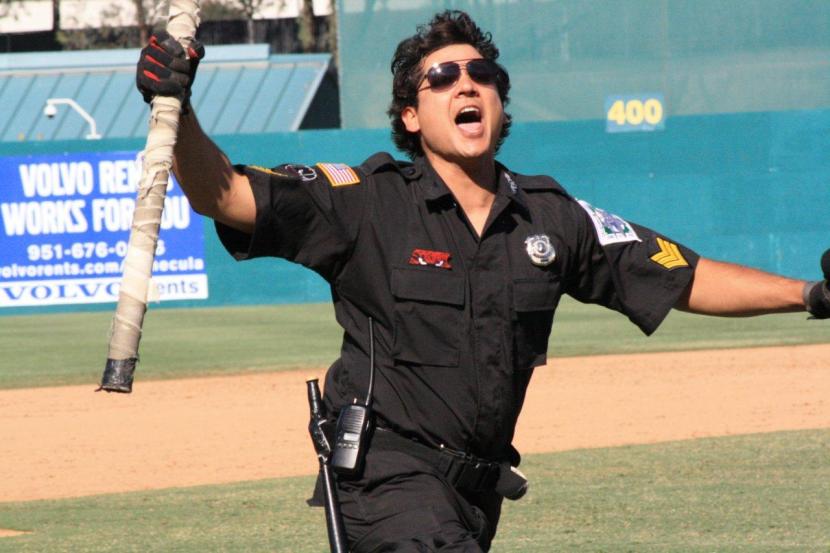 The Grounds Crew Gorilla loses a race to Ace the fastest squirrel in the world. 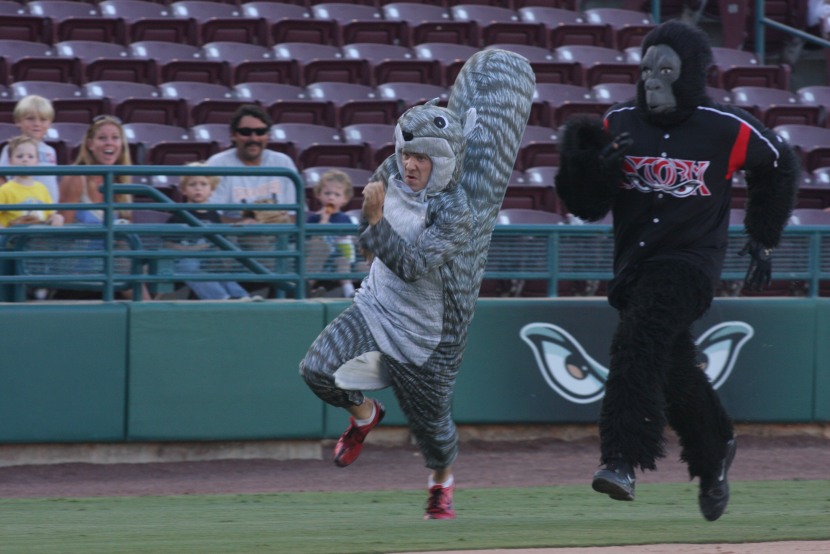