On Tuesday night the Omaha Storm Chasers emerged triumphant in the Triple-A Championship Game and the Idaho Falls Chukars won the Pioneer League title. And that, folks is all she wrote. There are no more Minor League Baseball games until April 3, 2014 and April 3, 2014 is a somewhat imposing 197 days away.

It is now the offseason, then, but with one exception: this blog! This post, like the last one and like the next one and like the one after that, will be devoted to material that I wasn’t able to get to during the season due to my peripatetic lifestyle. It’ll be random, but it will be educational, and it will be fun. I insist.

Let’s start with a community-minded initiative that, in my opinion, every team should do a variation of. On June 8 the Tri-City ValleyCats staged “Show on the Road,” in which they brought the Minor League Baseball game day experience to a local youth field. The ValleyCats, in partnership with Hannaford supermarkets, picked a league that “exemplifies sportsmanship” and that league turned out to be the not-so-pithily named East Greenbush-Castleton Youth Baseball League.

Per the team’s ‘Cats Corner blog, the event “featured pregame entertainment, live team introductions, a live performance of the national anthem, and in-game promotions including fan favorites such as the Mayors’ Race, T-Shirt Tosses, Pony Hops and more.” 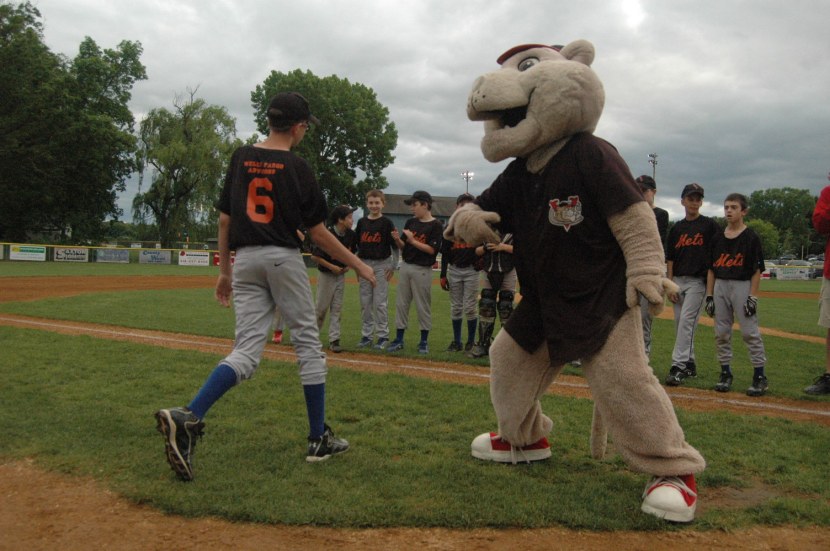 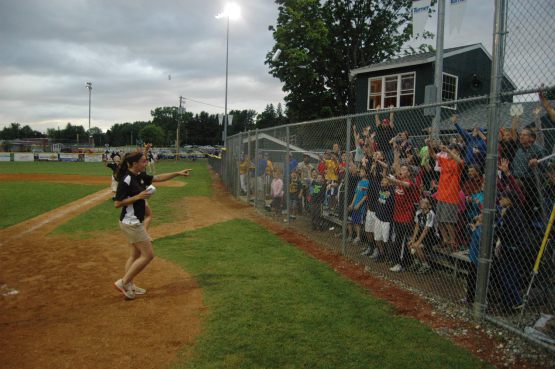 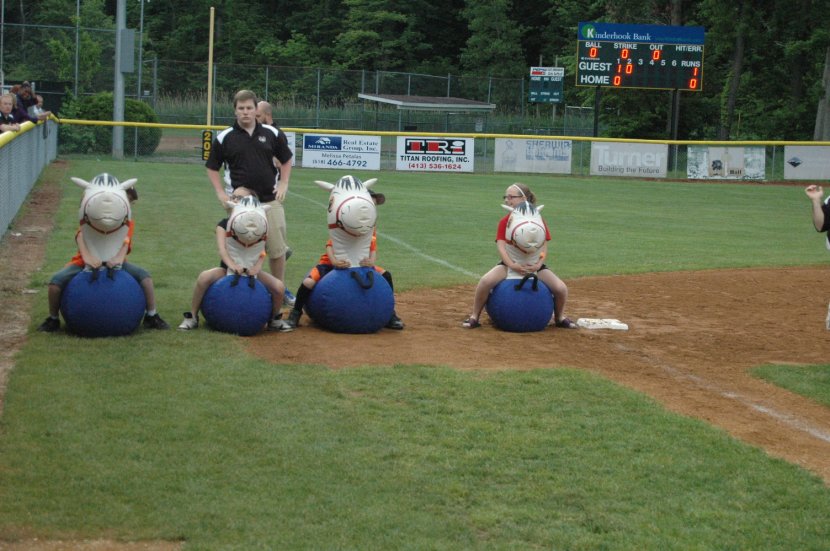 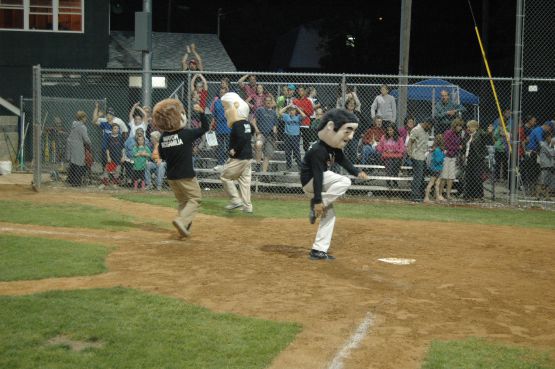 A triumvirate of racing mayors

And so it went. I’m going to momentarily assume that I have any sort of influence in this industry and once again insist that all teams do this in 2014 and beyond.

And now for something completely random: this article (and video), which my Mom brought to my attention, profiles veteran Ocean City (New Jersey)  PR man Mark Soifer. Soifer’s irreverent, absurd and always family-friendly promotional philosophies should resonate with anyone who works within Minor League Baseball.  For example: He once staged a wet t-shirt contest, in which participants competed to see who could throw a wet t-shirt the farthest.

Moving on, here’s a Tweet that is both self-explanatory and awesome.

Finally, back in June I received an email from David Perahia of BobblesGalore. It read, in part:

I thought this may be a bobble that your readers would get a kick out of. We just came out with this item, only 90 were produced and each one is serial numbered. 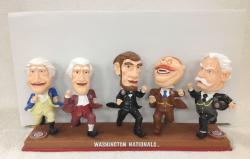 Five presidential mascots, one bobblehead base. Some of the greatest achievements in human history are taking place right before our eyes, and we should never forget that.