Today’s post will, yet again, function as an exhumation of various endeavors that I didn’t get around to covering at the moment in time when they were actually taking place. And what I’d like to focus on today is an endeavor that very much appeals to me, given my background as college radio DJ/nerd turned Minor League Baseball writer/nerd.

On Thursday, July 18, the Durham Bulls teamed with locally-based/internationally-known indie label Merge Records for an evening of baseball and music. The label , which was founded in 1989 by Superchunk’s Mac McCaughan and Laura Ballance, curated  the Bulls’ walk-up music throughout the ballgame. Here’s the list of tunes that were heard that evening at Durham Bulls Athletic Park, which the Bulls have made available as a Spotify playlist. 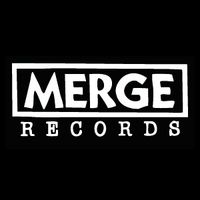 *   The Mountain Goats – “The Diaz Brothers”

I was disappointed to see that Eleanor Friedberger was left off the play list — Personal Record is a great LP! — but beyond that I thought this was really innovative partnership and the sort of thing it’d be great to see more of throughout Minor League Baseball. The Bulls’ “Merge Night” went on to serve as the centerpiece of a long Spin magazine feature on the evolution of downtown Durham, and hopefully it will serve as the impetus for a Mountain Goats song about the life of a Minor League mascot.

The evening was also chronicled as part of the season-long “Bull City Summer” project, and in that piece Bulls’ director of marketing Scott Carter explains the rationale behind it thusly:

I consider music the lifeblood of the ballpark experience: it is incredibly important to the atmosphere. But I also believe that if you can mix in some new music that may not be as mainstream, like that which Merge produces, you can make your ballpark into a place where people feel cool. That’s huge. You want people to feel like coming to a game is cool. And we’re lucky to be in a market like this one where indie music is so widely appreciated. So it’s not as out of the norm to hear some of these artists at the DBAP as it may be in some other minor league towns.

I couldn’t have said it better myself (I mean, really, I couldn’t have). While I totally understand that a lot of music on smaller labels isn’t accessible enough for the “all family-friendly entertainment, all the time” atmosphere of Minor League Baseball, the opportunities are out there (though Austin-based Matador records co-founder Gerard Cosloy quickly shot down my idea of a potential collaboration with the Round Rock Express).

So — what are some prominent (or at least semi-prominent) record labels that operate in Minor League cities? And, speaking more broadly, what are some other ways that Minor League teams could partner with the local music scene in their community? An idea that I have bandied about for the last couple of years is a concourse record fair, held in conjunction with local record stores and/or labels and/or community and college radio stations. Get in touch if you have any suggestions or feedback, as this is a topic I plan on returning to as time and inspiration allows.