Today is my 35th birthday and, also, it is the day of my 1000th blog post. I did not mean for these milestones to coincide, but I’m glad that they did. It’s like going to a baseball game and seeing a future Hall of Famer hit his 500th home run in support of a perfect game, except 7000% less meaningful.

Over the last couple of weeks I gave a fair amount of thought to what my 1000th post should be, with the general consensus (in my own head) being that it should serve as both a comprehensive retrospective and heartfelt thank you to the loyal readers who have continued to help justify this improbable professional existence. But that kind of post takes a lot of work, and since it’s my birthday I’d much rather spend the day walking around listening to the new Eminem on my Discman and playing laundromat pinball. You know, typical grown man stuff.

Fortunately, while I was out “running” on Tuesday morning,  I had an epiphany: I can still make post #1000 special, but without doing a lot of work. In fact, this is going to be a truly unique post in the annals of Ben’s Biz Blog, something completely and totally without precedent: It’s not going to have a single thing to do with Minor League Baseball! Instead, for the first and most likely last time, I will share with you one of my other passions in life: writing puns. I’ve done this compulsively for years, in tattered pocket notebooks, and last summer in San Francisco many of them were displayed in ink-on-bread form in a gallery installation entitled “Toasted Puns” (yes, despite having celiac disease I am still able to work in a gluten-based medium). 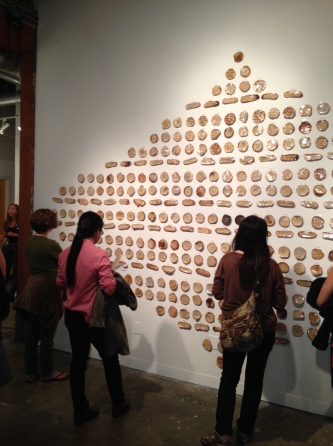 So, that’s it: Post #1000 is going to consist of 25 original puns from my ever-growing notebook collection (one pun for every 40 blog posts, as is the standard exchange rate). I hope that you tolerate them, but if not then don’t despair. Post #1001 will mark a return to biz-ness as usual.

— A good entomologist can always make adjustments on the fly.

— Beyonce’s cell phone is set to vibrate; ironic that she didn’t put a ring on it.

— The notion of an olfactory factory may seem strange, but it makes scents.

— During my days on the competitive Rock, Paper, Scissors circuit I was making money hand over fist.

— The incarcerated proofreader felt right at home in a correctional facility.

— I wanted my jokes to be raunchier, so I hired an offensive line coach.

— The mathematician’s drunken temper tantrums were seen as a regression to the mean.

— My opinion on palindromes could go either way.

— The documentary on neutrinos was over before it began.

— The best episode of Extreme Makeover is the one where Nuno Bettencourt gets a buzz cut.

— Every day at five o’clock the roofer came down with a case of shingles.

— The aquarium dermatologist refused to work with ray cysts.

— It was ironic that the stationary store kept changing locations.

— This venison seasoning is a real game-changer!

— The hairstylist to the krautrock stars possessed a real Can ‘do spirit.

— After getting laid off at the jigsaw puzzle plant all I could do was pick up the pieces and move on.

— The quickest way to lose weight is fast.

— The rock climber pursued his hobby whenever he had the inclination to do so.

— The best part of tweeting for a living is the per-DM money.

— The tennis star in the oversized pants was nicknamed Billowy Jean King.

— Upon raising his net, the fisherman let out an anguished whale.

— The contrarian panhandler begged to differ.

— Puns can be childish, but groan men like them too.

Okay, that’s it: post #1000, off-topic and totally self-indulgent. I’m gonna take a vacation now, thanks for reading and talk to you next week sometime. And, above all, thanks to all of you who have read this blog on a regular basis over the past six years. It really means a lot.