Throughout this year’s Winter Meetings in Orlando, four attendees of the PBEO Job Fair have agreed to keep a journal chronicling their employment-seeking experiences (meet them all HERE). In this, his fourth and final installment of the week, Alex Reiner creeps ever closer to that most elusive of creatures: a job. 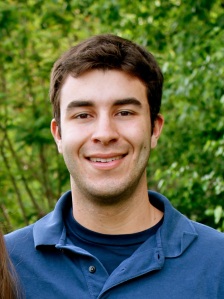 Those Days are Gone

What is that vibe that I got in the halls of the Dolphin Resort on Wednesday of Winter Meetings?

From the baseball executives, it definitively was the sense of getting down to business. From the hundreds of PBEO job seekers, it was mixed: Some attendees were on emotional highs, busy with multiple interviews and endless schmoozing; others were suffering from major buzz kills, aimlessly wandering around hoping for that job-opportunity cell phone call that had not yet come.

And me? I was somewhere in the middle – taking my swings in the cages, ready for my big at-bat.

I went back to the Swan and noticed that one more of the internships I had applied for had been posted. This team was offering eight different jobs and internships on the same listing, but had only placed four names on its interview posting. I viewed this internship as my “reach” so I really wasn’t discouraged when I didn’t see my name on the board. Honestly, I was extremely under-qualified, and viewed my chances of getting an interview with this team similar to Ben Revere hitting a 600-foot bomb off of a Tim Wakefield knuckleball. But like our Little League coaches taught all of us: you cannot get a hit if you don’t swing the bat. In the interview box score, I’m now 2-for-3.

I applied for two other internships. The first had not yet reached out to me. I submitted a resume at the Job Fair and I sent them an email. The organization was from up north, so I wanted to guess that they just got caught in the winter storms and could not fly down. Maybe I will hear from them soon. But in the meantime, we will chalk it up as a foul ball.

The second internship opportunity offered some seriously positive possibilities. I met with those executives in the lobby of the Dolphin and we seemed to really connect. I’m mid at-bat on that one, but it’s looking really good.

After all that, I headed over to our Lynn University Sports Management booth in the Trade Show. As it has done each of the last eight years, my university had arranged for more than a dozen speakers to come to the booth throughout the week and talk about their experiences in the industry. They were terrific!

The absolutely brilliant writer who runs this blog, the genius Ben Hill, spoke superbly about the key business elements of Minor League Baseball – along with the value of learning how to suck up appropriately. Bruce Baldwin, the ever-affable general manger of the Pensacola Blue Wahoos, educated us on pimento-and-cheese sandwiches, RC Cola and grits (translation: the importance of knowing your market). Jonathan Maurer, president of Millennium Sports Management, gave an excellent talk, touching on the different responsibilities of a sports agent – he notes that he has two families: one with his wife and kids, and one with 25 ballplayers. Dan Foster, chief executive officer of the Major League Baseball Players Alumni Association, broke down his complex and extremely valuable organization, which ranges from memorabilia sales to pension funds to insurance plans.

After our last meeting at our booth, I did a final lap – through the Trade Show, around the Dolphin lobby, into the Swan, a final check of the job boards, and then back to the Dolphin – and totaled up our weekend. Of the seven of us Lynn University Sports Management students who came to the Winter Meetings to actively seek jobs or internships, five of us had offers before the end of the Job Fair. We had all been slashing our way through the baseball employment jungle and we are all a whole lot closer to where we want to be than before we had arrived at this year’s Winter Meetings.

As for me, I’m pretty sure that I just heard that bamboo lemur that I had been searching for ruffling in the bushes.