Happy 2015 to you and, should you be the possessive type, yours. The first post of this calendar year, which you are reading now, shall be nothing less and nothing more than a good old fashioned bouillabaisse. A bewildering array of interesting tidbits are offered therein, and the only thing these tidbits have in common with one another is  — you guessed it — Minor League Baseball.

Let’s start with a hot-off-the-virtual-presses promo that was announced today by the Kane County Cougars. The team is currently staging a “Social Media Virtual Championship Ring Unveiling,” which I believe just might be the first such thing of its kind.

Do not adjust your set: 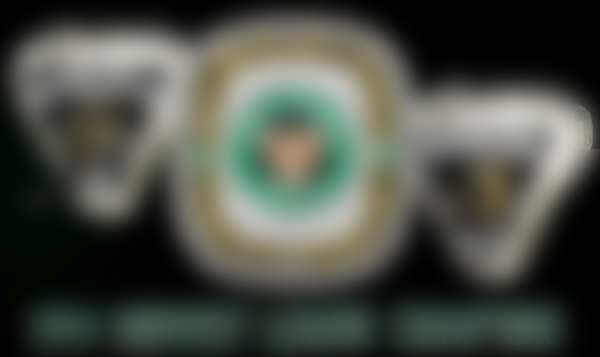 Beginning [January 5], the Cougars will post a blurred image of the ring design on their social media channels and fans, through a pre-determined quantity of Facebook ‘shares’ and ‘likes’ as well as Twitter re-tweets and ‘likes’ on Instagram, will help virtually “unveil” the ring design, which will be released in its entirety to the public this Friday.

This reminds me of a long-gestating but little-acted-upon article idea I have had: What Minor League teams have the best championship rings? If you think the team that you follow (or work for) might qualify for such a distinction, then please get in touch.

The holidays may be over, but the Holiday League goes on. I am speaking, of course, of the as-of-now theoretical league created by logo designer John Hartwell (of the eponymous Hartwell Studio Works). Last month, the  2014 North Pole Reindeer baseball card set was unveiled, featuring the starting line-up of the North Pole Reindeer. A lot of work has gone into these; each card features an full color front and back, and every Reindeer has his own Baseball-Reference page. 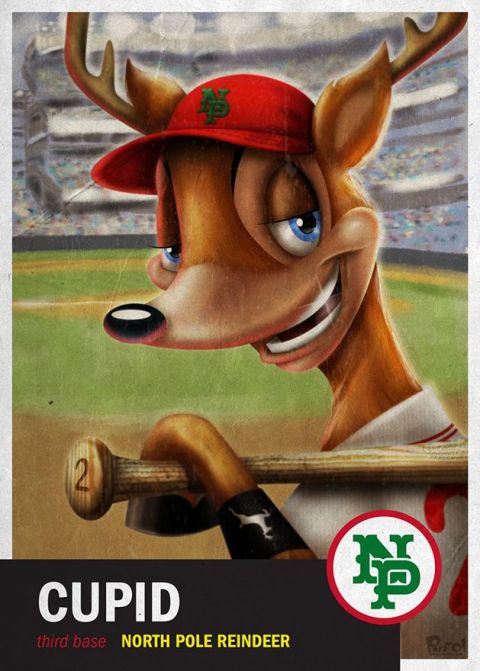 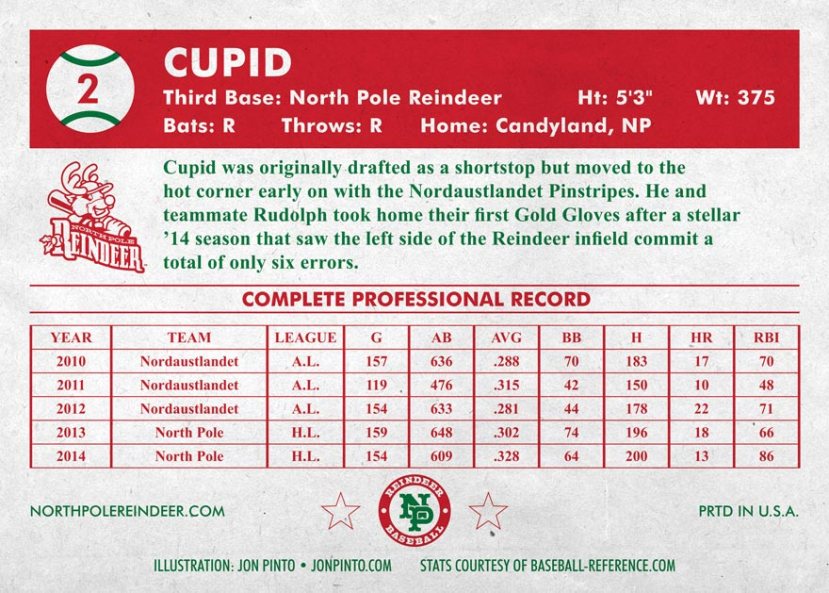 The North Pole Reindeer open the 2015 Holiday League season on April 9 against the Arborville Huggers.

Every year, Minor League teams vie for the coveted honor of “alternate logo most likely to inspire scores of Space Jam references on Twitter.” In 2015, it looks like this distinction will be going to the Rome Braves. 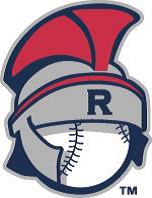 The R-Braves maintain that their inspiration for the logo came from a far weightier source:

The logo features a Roman soldier’s helmet on a baseball with the letter ”R” on the front. The helmet was used by the military of ancient Rome from 753 BC – AD 476 and pays tribute to the name of our hometown of Rome, GA with a red, blue, and gray color scheme.

Did you know? A new Minor League mascot-themed children’s book has been released, and this book features a “very special guest appearance by Darryl Strawberry.” What more could you ask for as regards literary material for beginning readers? 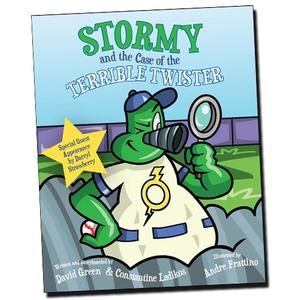 Finally, what do these four disconnected images all have in common? 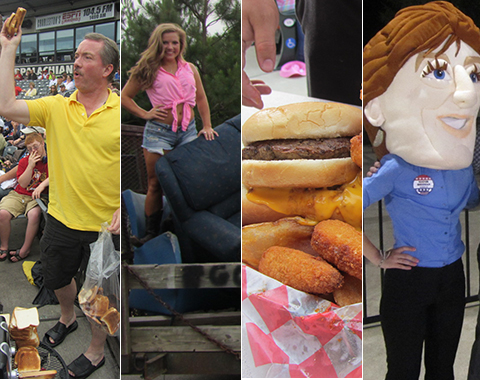 Yep, you guessed it: They are all proud winners of the first-annual “Bizzie Awards,” created and then (virtually) distributed by me at the end of last month. Everyone else seems to be giving out awards at the end of the year, so why can’t I?