That’s the question that MiLB.com’s “Best Seat in the House” contest is currently seeking to determine, via an online vote among 66 MiLB teams. Vote now; the winners will be announced on May 21.

In my now-established role as wandering MiLB ballpark minstrel, I’ve visited 24 of the top 30 ballparks in the current voting. Though I may not have sat in the exact seats or section highlighted in the Best Seat in the House contest, I can speak to the spectacular nature to the ballpark views found in these stadiums. What follows is my personal Top 10, presented alphabetically by stadium name (it’s already hard enough to choose 10, ranking them in a specific order would be too much for my fragile psyche to bear).

As an added bonus, each team name is linked to my corresponding blog post describing my visit: 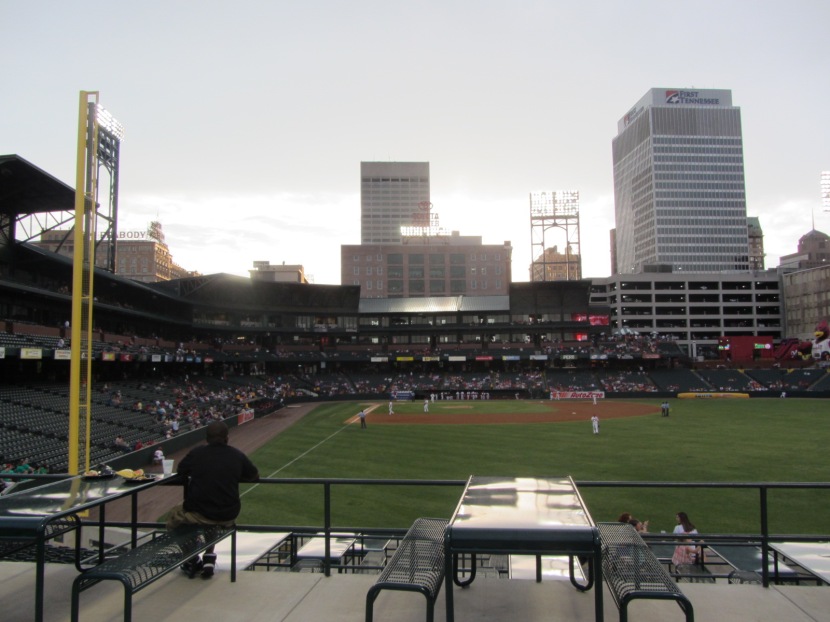 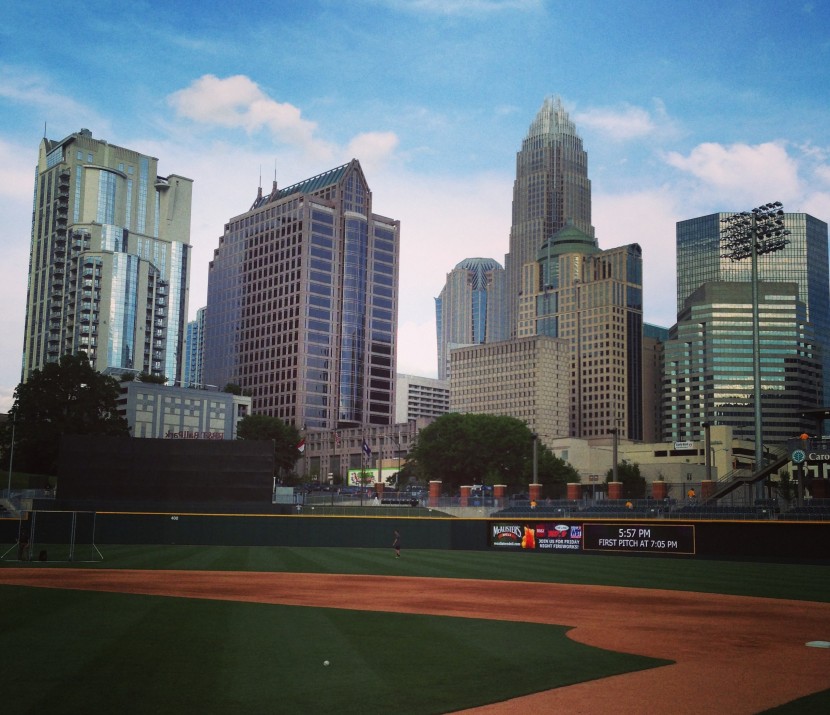 Dell Diamond (Round Rock Express) — Okay, so this is a view of those enjoying the views. But it doesn’t get much better than watching a game from an outfield concourse rocking chair. 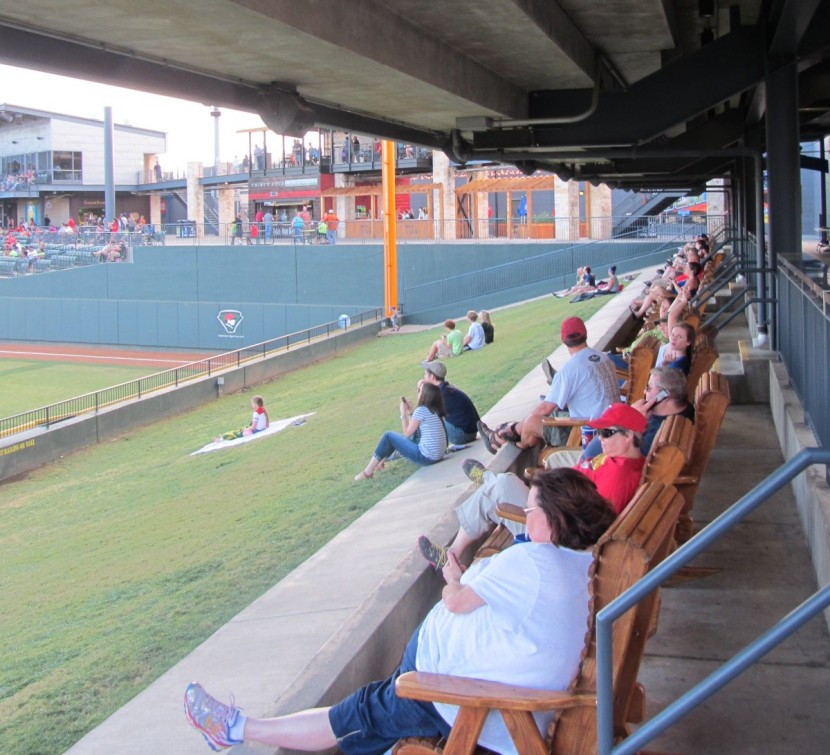 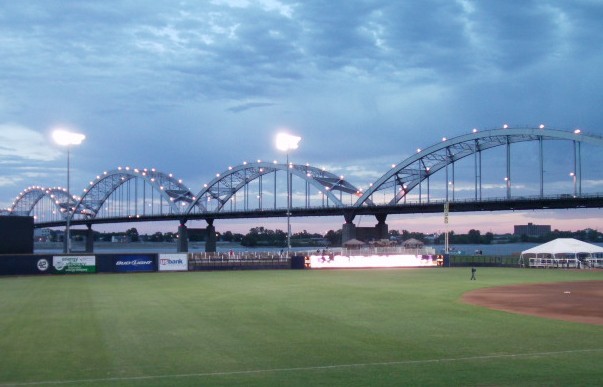 Pensacola Bayfront Stadium (Pensacola Blue Wahoos) — The Pensacola Bay lies beyond right field, and beyond the bay lies the Gulf of Mexico. 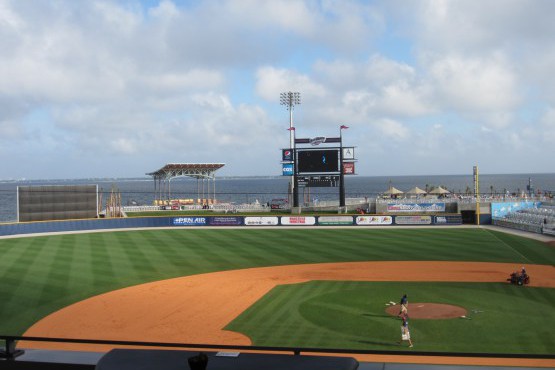 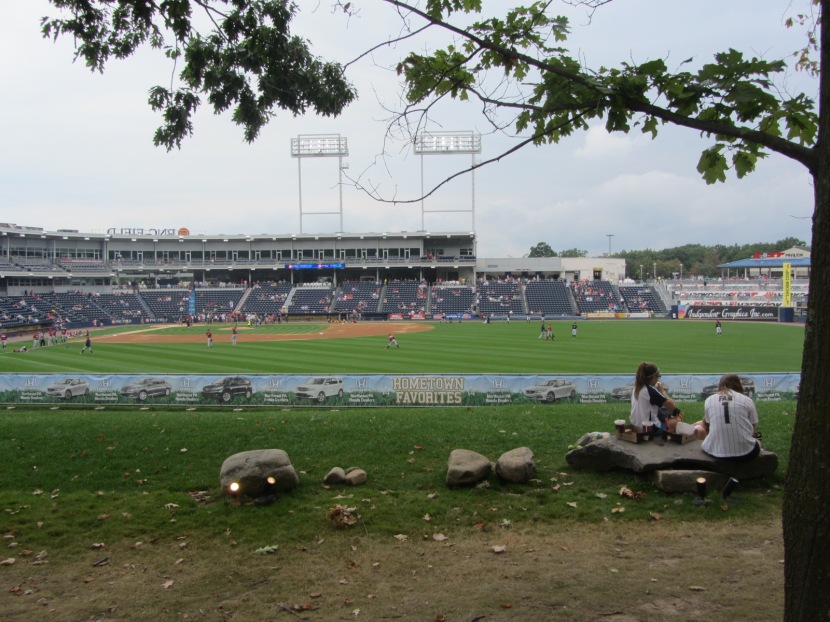 Richmond County Bank Ballpark (Staten Island Yankees) — This is not the best representation, as this photo is from a foggy night. But the lower Manhattan skyline is visible from across the water. It is, as always, an awe-inspiring sight. 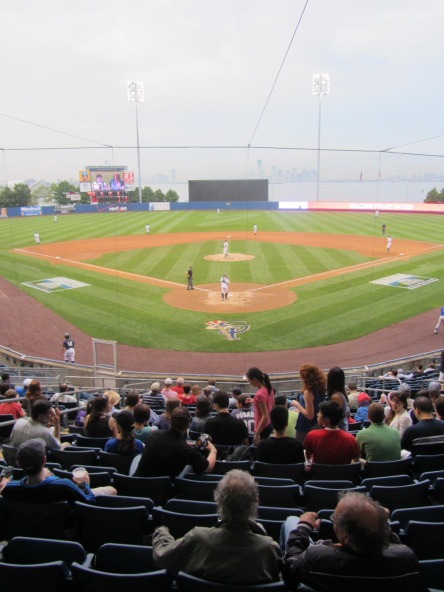 Victory Field (Indianapolis Indians) — Technically, no one is allowed to sit up here. But the view from the roof is awesome. 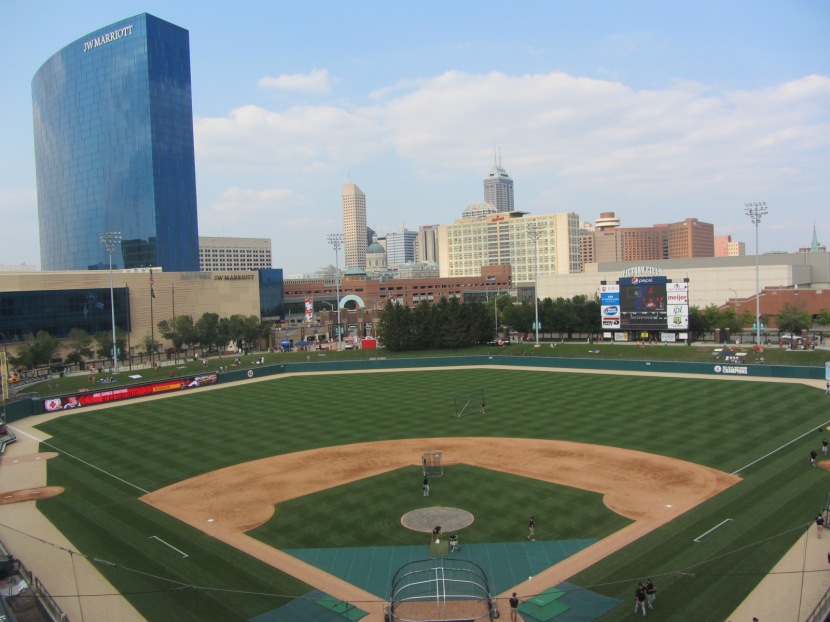 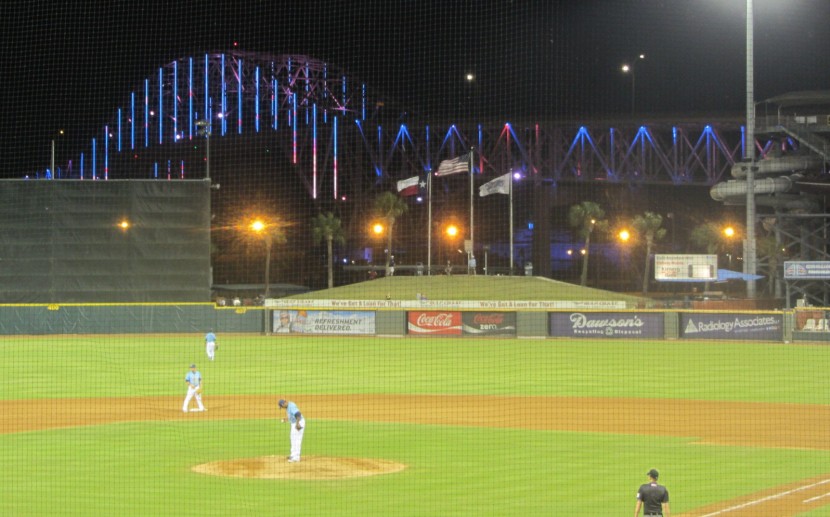 Once again, you can vote in the Best Seat in the House contest HERE. Do you agree with my Top 10 picks? Who are you voting for, and why? Per usual, I’m amenable to having a conversation about this and all Minor League-related matters. Feel free to get in touch anytime.