This is the end! The last post from the last stop on my season-opening Florida ballpark road trip. I’m feeling a little loopy as I write this — it’s been a long day and I leave for my next trip tomorrow morning — but not as loopy as I felt while watching the Jacksonville Suns host the Montgomery Biscuits on this wet Saturday night in April.

My old pals the Zooperstars! were in town.

Southpaw was like “Oh, man, how can I compete with those inflatable dancing weirdos?”

“That was a rhetorical question,” Southpaw continued. “But I’ll answer it anyway. I can’t compete with those inflatable dancing weirdos. I just can’t. I’m outta here.”

Upon re-emerging on the concourse, I paid a visit to Pedro Bragan’s concourse “Chairman’s Box.” Here, he poses with his “Victory Bell,” a locomotive bell presented to his father, Peter Bragan Sr., by CSX Transportation.

Considering that this game was preceded by a 102-minute rain delay, Pedro was satisfied with how many fans stuck around.

And when that Victory Bell rings, you can hear it everywhere. Even here, in the rain-soaked bleacher section. 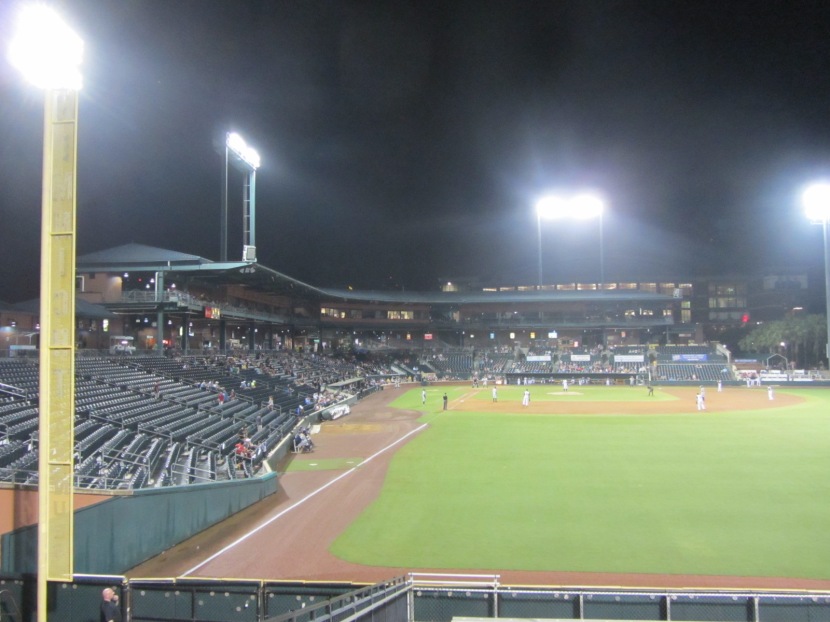 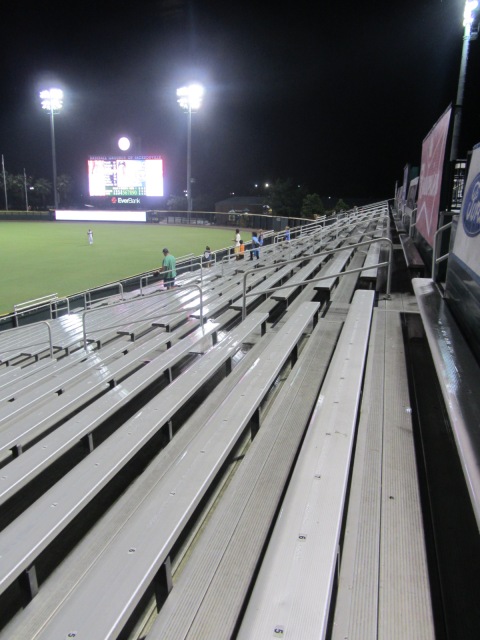 While I was out here in the bleacher wilderness, I enjoyed the kind of ballpark snack you just can’t find where I’m from: Salt and Vinegar Pork Rinds and Sweet Tea from the Front Porch Kettle Corn kiosk.

One of the world’s best combinations. https://t.co/fkr0l6iCbk

That’ll be it for Baseball Grounds of Jacksonville food coverage, as my designated eater (you know, the individual who eats the ballpark cuisine that my gluten-free diet prohibits) canceled. My attempts to get a new one failed. A lot of people showed interest on Twitter, but no one sent the email that I require. That’s all I ask for: an email. Courteous, conscientious communication. How hard is that?

Anyhow, here’s a photo of one of the concession stands. It’s the best I can do right now.

After finishing my pork rinds and sweet tea, I continued my slow lap around the concourse. The game seemed like it was a million miles away.

I had never been so close to a pitch clock before.

The most exciting thing in all of sports https://t.co/ec5c2qUWro

I believe that this interesting little left field protrusion is called “The Knuckle.”

The Knuckle is at the intersection of Amen Circle and Home Run Alley.

Once I made it back to the seating bowl, I happened upon my old Zooperstar! pal Harry Canary. He had just sung the seventh-inning stretch and needed to let off some steam.

(This is my most-watched Vine of all time.)

Harry then sprayed me with silly string. This is just the sort of thing Harry does. I’m think I’m going to use this as my new online dating profile pic.

I watched the end of the game in close proximity to Bragan’s “Chairman’s Box.”

But the Victory Bell remained silent on this evening — the Biscuits won the ballgame. 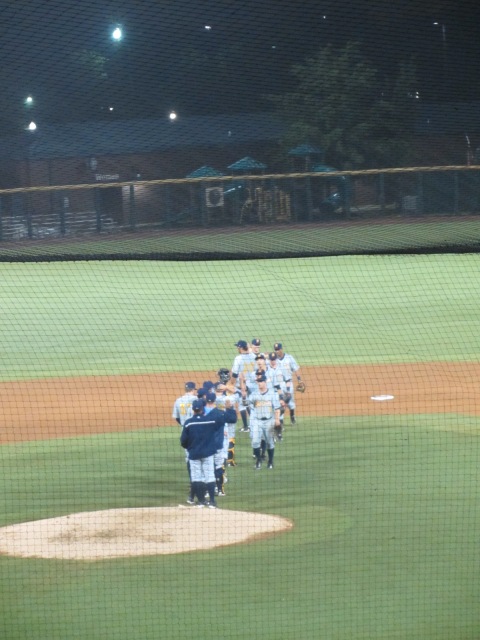