This season, when I’m on the road, I’ll be writing an on-the-spot blog post about each Minor League ballpark that I visit. Then, upon my return home, I’ll provide the multifaceted blog coverage that you have come to know and, perhaps, even love. Let’s get to it, lest it get to us!

Hank Aaron Stadium, from the outside:

Hank Aaron Stadium, from within: 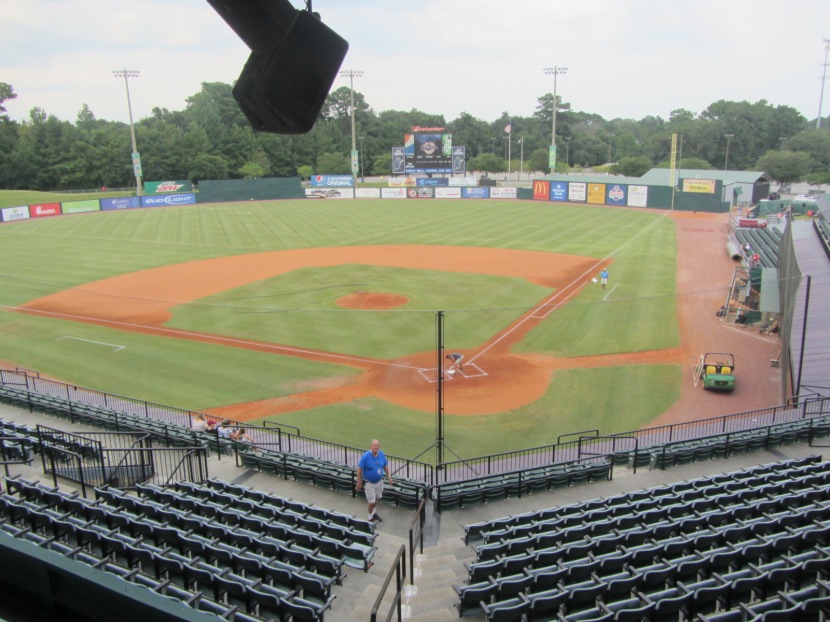 Ballpark Characters: Batboy Wade Vadakin (now in his 18th season) with his father, Jack (who drives him to every game).

At Random: The kitchen in the Hank Aaron Childhood Home and Museum (located on the grounds of the stadium, open during every game).

Your groundbreaking and subversive ballpark joke of the day, @mobilebaybears https://t.co/QdOcBTGEr0