The last time I visited the Jackson Generals, in 2012, the team called Pringles Park home. These days, the Generals play at a facility with a less corporate, yet somehow more awkward, name: The Ballpark at Jackson.

It’s the same ballpark, though. Only the name has changed.

The Ballpark at Jackson is located east of downtown, with convenient access from interstate 40. There are a couple of hotels in the general vicinity, as well as a movie theater, high school and adjacent “Sportsplex.” But, on the whole, this is a ballpark that exists in comparative isolation from other attractions. Such is the price of convenience.

Upon entering the stadium, my first impression (or my second first impression, since I had been before) was that it is high and steep. There are no seats  that are higher than the concourse (outside of the suites and a group picnic area), and the slope downward to the playing field is rather severe. At this ballpark, the general feeling is of being above it all. 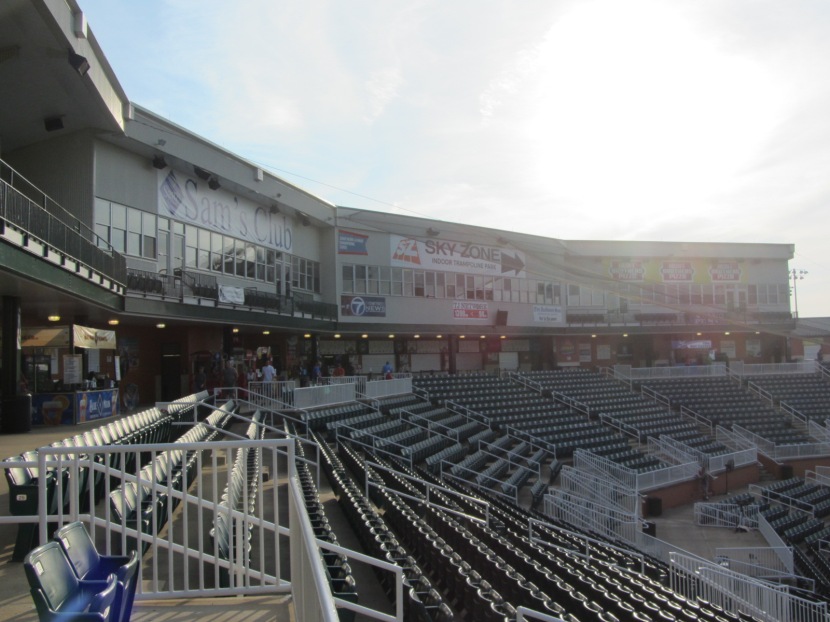 On the concourse, I ran into my good friend Sarge. He was wearing camo, as he is wont to do, a get-up befitting a mascot who represents the Generals. He’s a three-star general, apparently. I wonder if not washing his uniform increases his rank (odor). 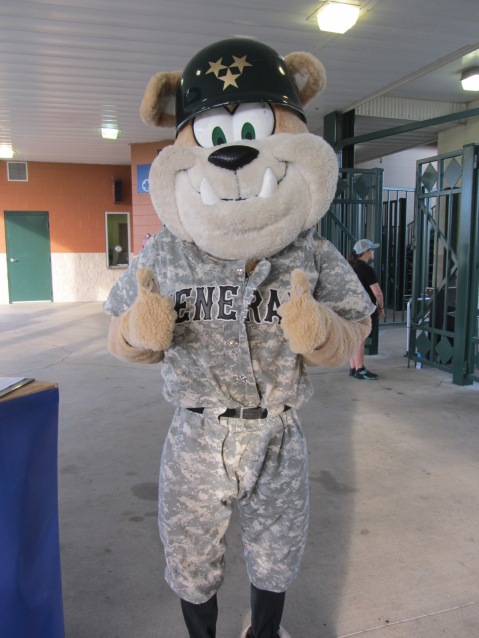 When Minor League Baseball returned to Jackson in 1998, the team was known as the “Diamond Jaxx.” I’d like to think that this name was in honor of a West Tennessee-based pro wrestling tag team, but, then again, I like to think a lot of things. The “Generals” moniker was adopted in 2011, in homage to the Kitty (short for Kentucky, Illinois, Tennessee) League franchise of the same name that existed from 1935 through 1954. But I do not know why that team, the original Generals, was named “The Generals” in the first place. Perhaps someone can enlighten me and, by extension, us.

Anyhow, after getting the thumbs-up from Sarge, he and I went outside and rendezvoused with security guard Jimmy Barnes. It was time for Sarge’s nightly Jeep ride onto the playing field; Barnes, a retired veteran well-versed in the operation of vintage military vehicles, serves as his chauffeur.

I’m glad it wasn’t me driving this thing. I probably would have crashed it immediately upon hitting the gas pedal. 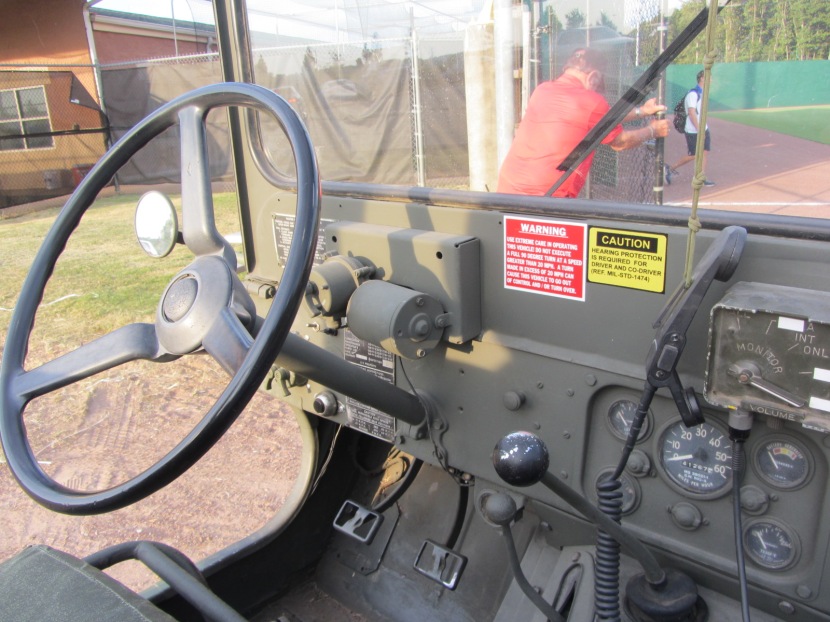 I did have the honor of riding shotgun, however.

A view from the Jeep:

Soon after our ride was completed, line-up cards were exchanged. During this time, I noticed (and made note of) a slogan that was displayed on the videoboard: “See them now to say you saw them then.” I like that.

The line-up exchange was followed by the singing of our National Anthem. Everything was proceeding according to plan. 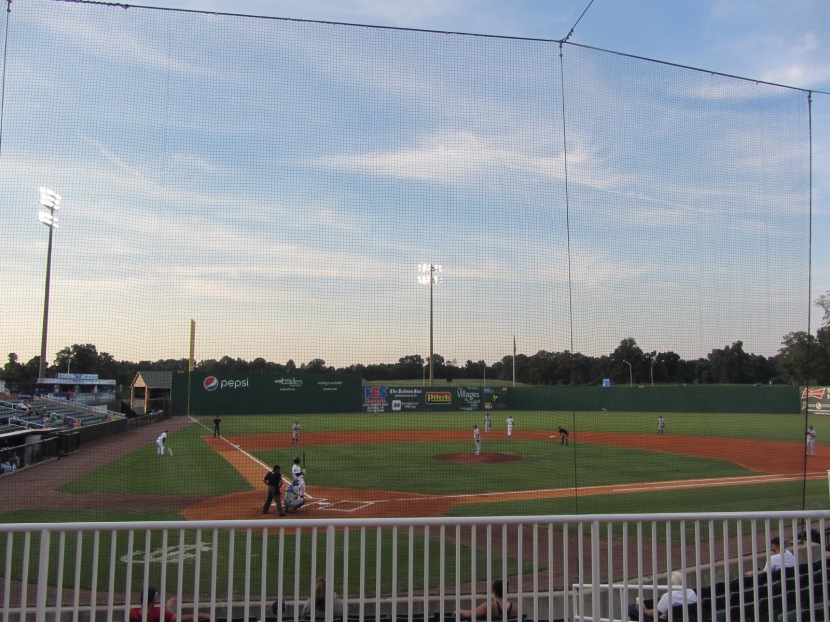 By now, you probably now how this works. There’ll be much more to come from Jackson.