At the request of the team, I showed up at TicketReturn.com Field in the late morning so that I could get the “full Myrtle Beach experience.” Pelicans staffers (and best buds) Hunter Horenstein and Jeffrey Draluck were my designated tour guides, and over the course of the afternoon, we did everything from touch horseshoe crabs to play putt-putt to fly in helicopters. These intrepid adventures in rapid-fire tourism have been documented in an MiLB.com article, which touches on the Pelicans and their unique situation of operating a Minor League team within a vacation-based market.

By the time Hunter, Jeffrey and I made it back to the ballpark, I was exhausted and just about ready to call it a day. But the day had just begun! We entered the ballpark through the backdoor, which gave us the chance to check out the team locker rooms. The Pelicans are in their second season of Cubs affiliation, and this relationship is made readily apparent throughout the entirety of the players’ domain.

Even the bathroom stalls are Cubs-branded. Use the stall on the left if you need to “drop a Maddux.” 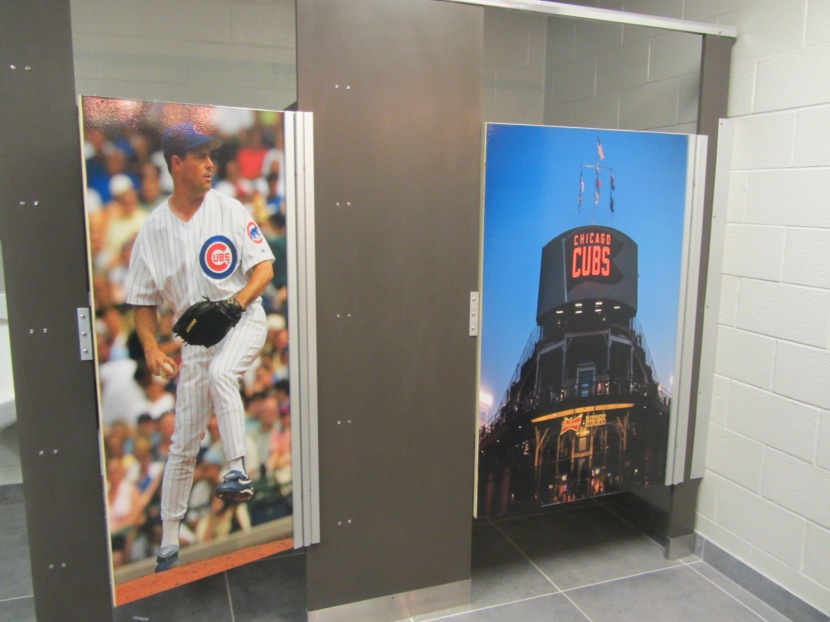 The Cubs have assigned a nutritionist to work with the Pelicans players on-site. Therefore, healthy “shot” options are always at the ready.

The clubhouse was empty because the players were warming up out on the field.

One such player was Mike Hessman, who slugged 23 home runs for the Pelicans in their inaugural ’99 campaign. Hessman went on to hit 433 homers in the Minors, the most of all time. If I have a reason to mention him, however gratuitous, I will.

With the gates open and game time approaching, I returned to the out-of-doors. It was a pleasant evening, if a bit overcast.

In the dugout, I did my first-ever “Facebook Live” interview with Pelicans broadcaster Scott Kornberg.

It was then time to deliver a ceremonial first pitch. For good luck, I had my ball autographed by Splash.

Splash’s John Hancock increased my confidence that my imminent offering would be straight and true.

You’ll just have to take my word for it.

You’ll also have to take my word for it that there will be plenty more blog posts to come from Myrtle Beach. And by “plenty,” I mean “two.” Stay tuned.