Continuing on with this Bristol Pirates narrative, it was now game time.

Boyce Cox Field is about as no-frills as Minor League stadiums get. Reserved seats are $8, while a bleacher ticket will run you $5. Many fans bring chairs and blankets and watch from the grassy hill behind home plate. It all has the feel of an amateur environment, and I don’t mean that in a disparaging way. Just that it’s so small and low-key.

Shortly after the game began, I ran into a real-life pirate. 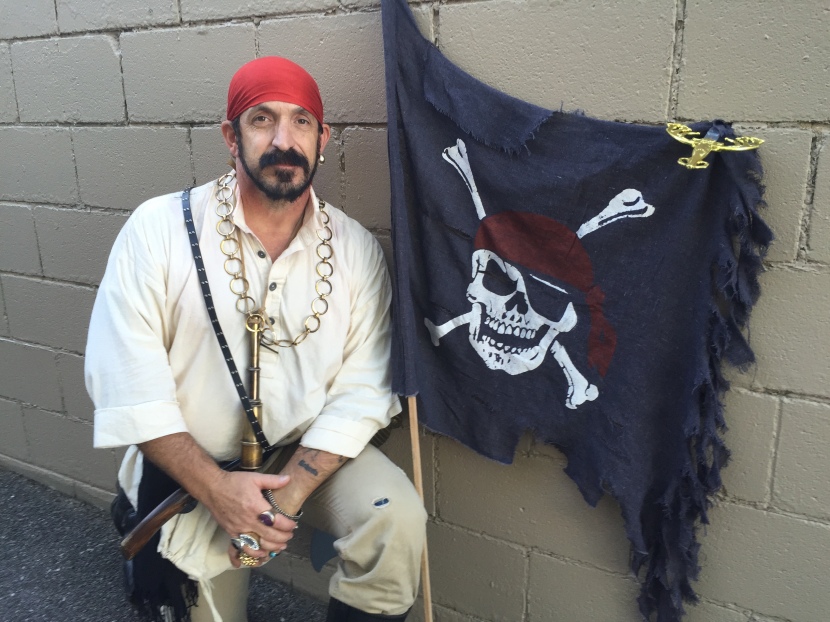 This self-styled buccaneer is a man by the name of Dewayne Woods, who recently retired from the army. He said that he came to a few games last year and told himself, “Hey, I want to be a mascot.”

“I wanted to give back,” Dewayne told me. “I give out gold coins and candy from the concession stand.”

Dewayne has previous experience as a Civil War re-enactor, and parts of his pirate outfit were repurposed from his Civil War regalia. The gun, meanwhile, was obtained from a Pirates of the Caribbean gift shop at Disney World.

Later in the ballgame, after meeting with my designated eater, I “Mose”yed  on in to the press box. 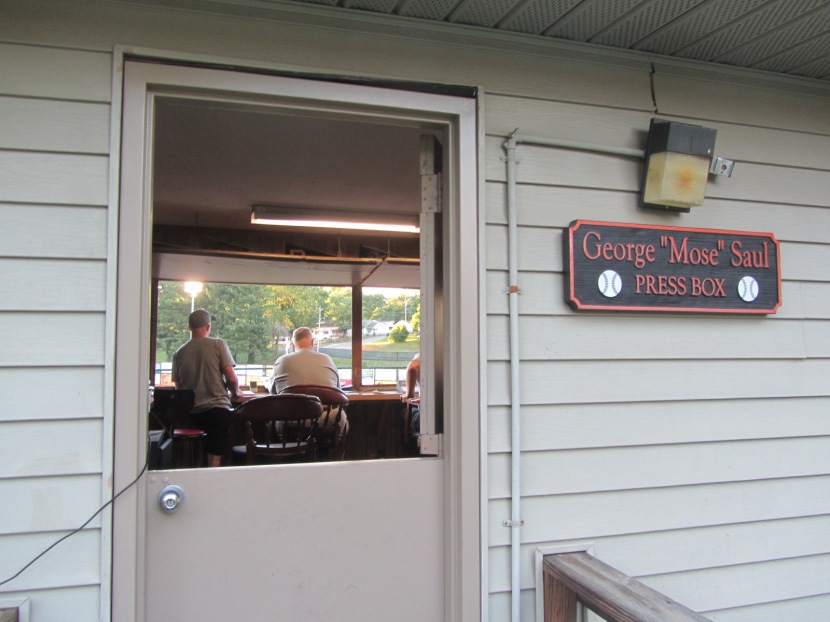 I spent a couple of innings on the radio with Pirates broadcasters Dillon Hutton (left) and Rob Christian.

After that, I was back to my wandering ways. 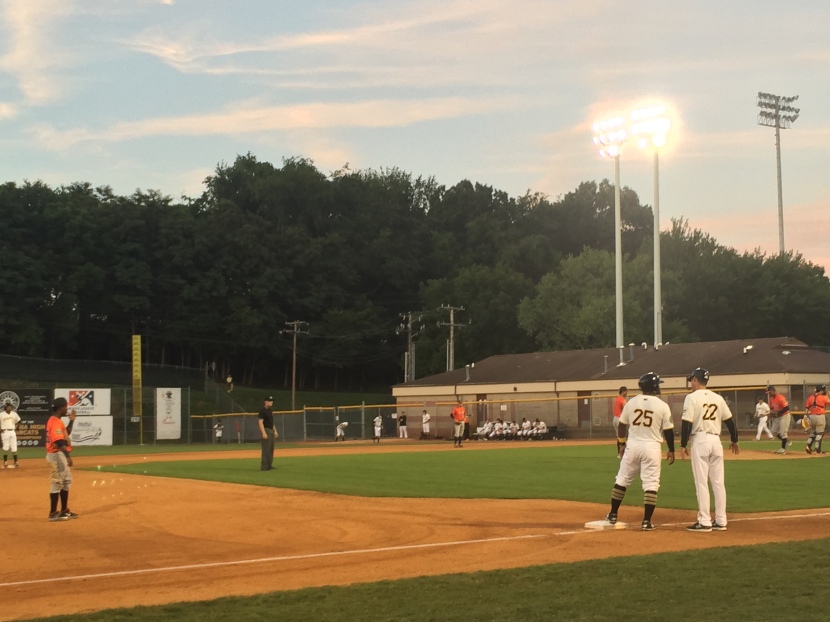 As the game wore on, the action on the field got more and more ridiculous. The visiting Greeneville Astros scored six runs over the first two innings, but Bristol tied the game with six of their own in the bottom of the seventh. These six runs scored via a bases-loaded walk, wild pitch, ground out, wild pitch, wild pitch and wild pitch.

This, right here, is Appalachian League Baseball at its finest.

And the tying run scores in Bristol. https://t.co/uDH2PnusPE

My notes also indicate that, in the top of the eighth, there was a delay due to a pitcher’s two-tone glove (allegedly) obscuring the ball.

Final score: Bristol 8, Greeneville 7. The Pirates won despite collecting just two RBIs on the evening, with the rest of the runs coming via errors and wild pitches.

So maybe the baseball wasn’t of the highest caliber, but it was a beautiful summer evening and the people were friendly and the ballpark was charming. I was totally smitten with the environment and would therefore recommend a trip to Boyce Cox Field should you be able to do so.

As in Kingsport two days previously, I left the ballpark without having written and disseminated a Groundbreaking and Subversive Ballpark Joke. Back at the hotel that night, I did my best to rectify the situation.

Your groundbreaking and subversive joke of the day, Bristol Pirates https://t.co/4uRBQnoYDk

Sometimes, I’m not sure if my best is good enough.