The penultimate stop on my Appalachian League trip was Danville, Virginia, the land of the free and the home of the Rookie-level Braves. The Braves play at American Legion Post 325 Field, often referred to as “Legion Field” because who has time for a 12-syllable ballpark name?

Not me. I barely had time to take a photo before I crossed the street.

Despite the gray skies, a robust crowd was expected at Legion Field on this Sunday evening.

For this was not just any Sunday evening. It was Independence Day Eve. David Cross, longtime D-Braves general manager, was dressed for the occasion. 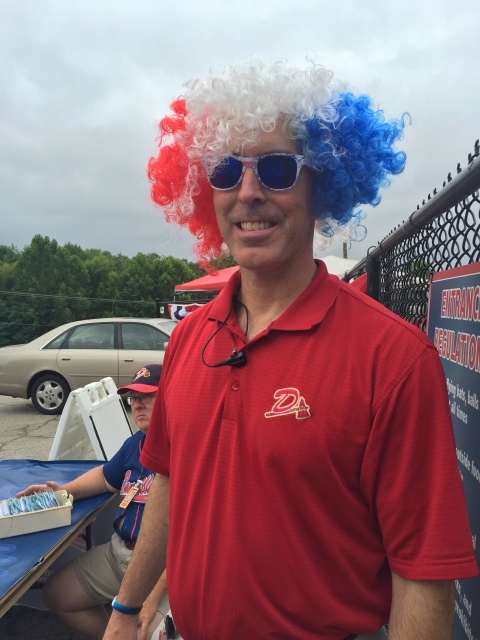 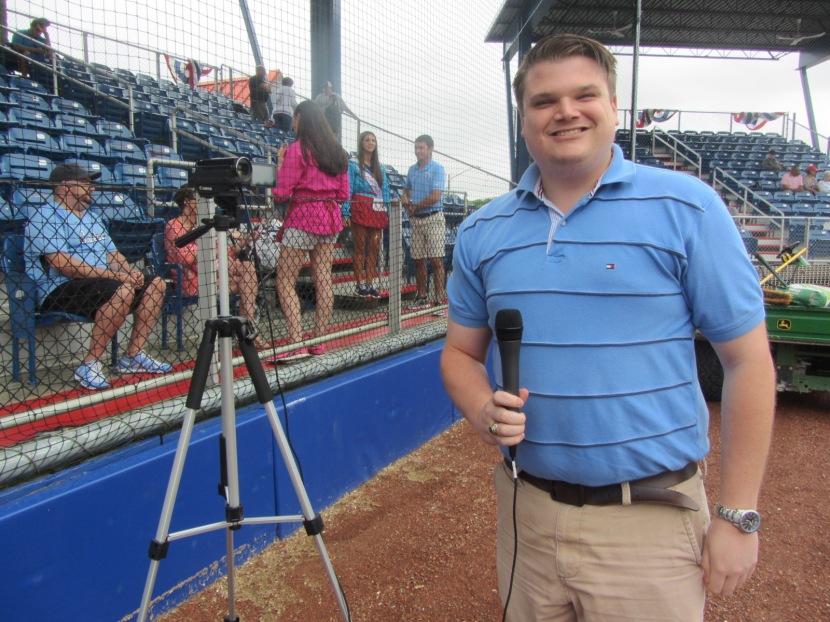 Jordan interviewed me on the field prior to the game, which led to this story (and accompanying video). When we were done talking, I turned around and took a poorly composed photo.

I also took note of that which was occurring atop the dugout. 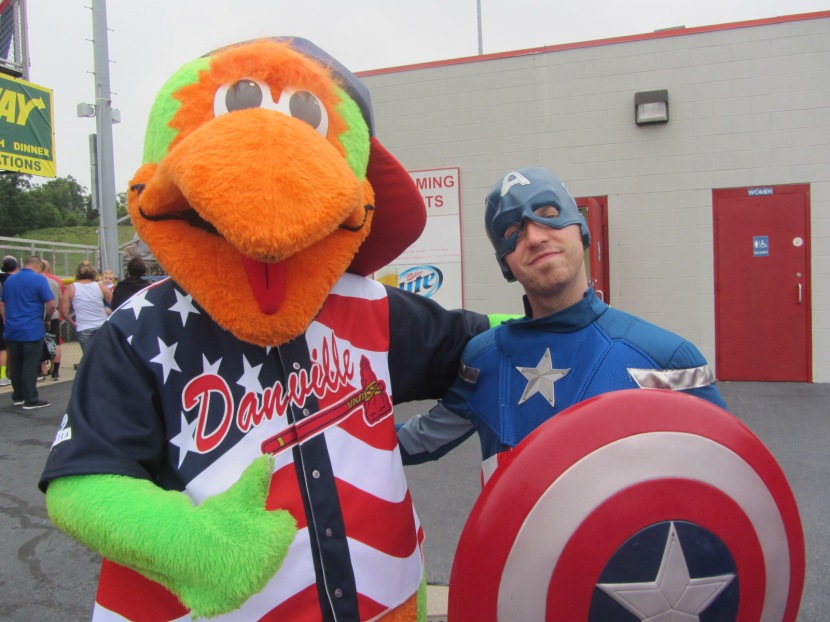 The gentleman in the below photo was selling 50-50 raffle tickets; at the time this picture was taken he reported $301 “in the kitty.”

“Whoo-ee!” he then added, leading me to believe that $301 was a lot to have in the kitty before the game had even begun. 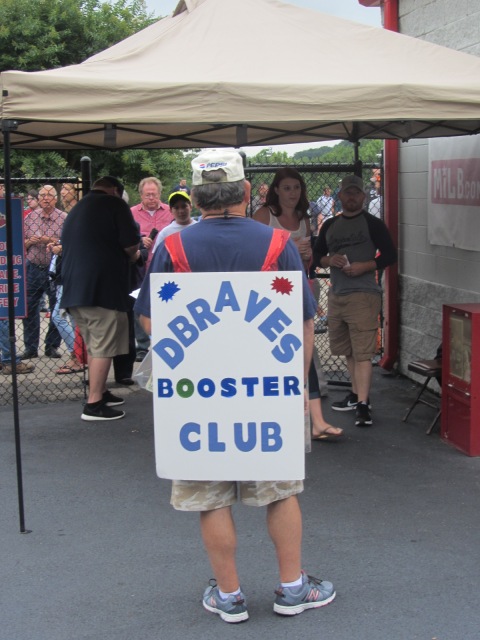 I spent several minutes pondering the slogan on this team bus, which was parked just outside the ballpark. “Experience!” and “Excellence!” are presented as separate positive traits, but I initially read it as a command to “Experience Excellence!” 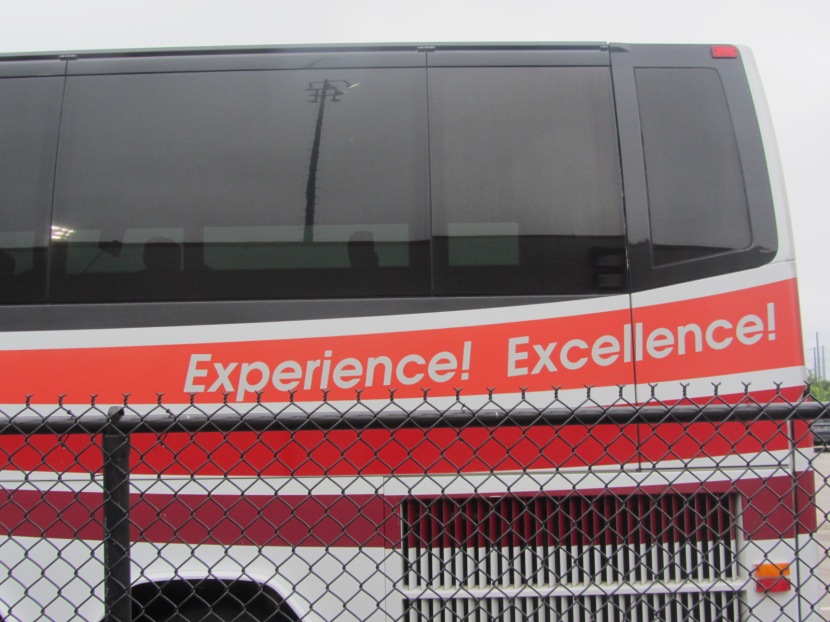 But wait! On the back of the bus it simply says “Experience Excellence”. Is “Experience” now a verb? Or did they simply not have the room for an exclamation point?

The bus inspired me to experience excellence for myself, by gazing upon this wonderful wall art.

Blooper!, meanwhile, was gazing upon the field. The evening’s ballgame — between Danville and the visiting Burlington Royals — had begun.

Like the rest of us, the D-Braves bullpen could only sit back and relax. Chill out. Take in the atmosphere. 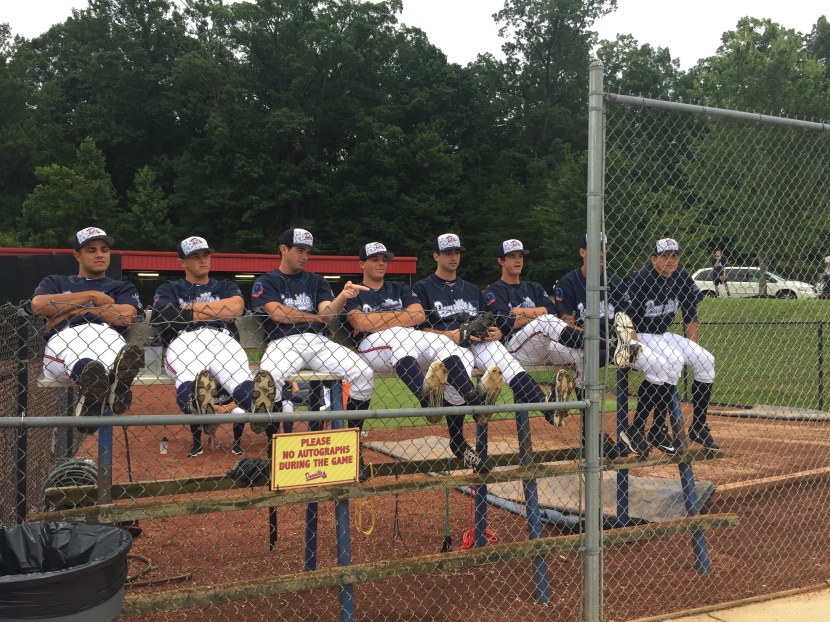 The ballpark was packed, the front office staff was busy, and I didn’t really know what to do with myself. I just wandered around, taking in the various views while trying not to obscure the views of others. 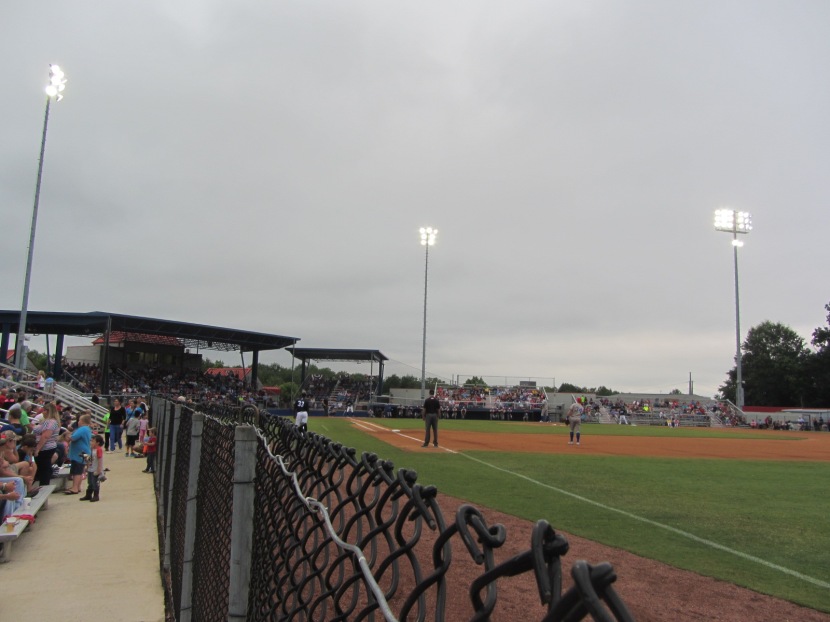 I spent several innings with Brooke and Mary, that evening’s designated eaters. That has already been documented in a separate post.

I went on to spend some time (like, three minutes) in the press box. The chairs are yellow. 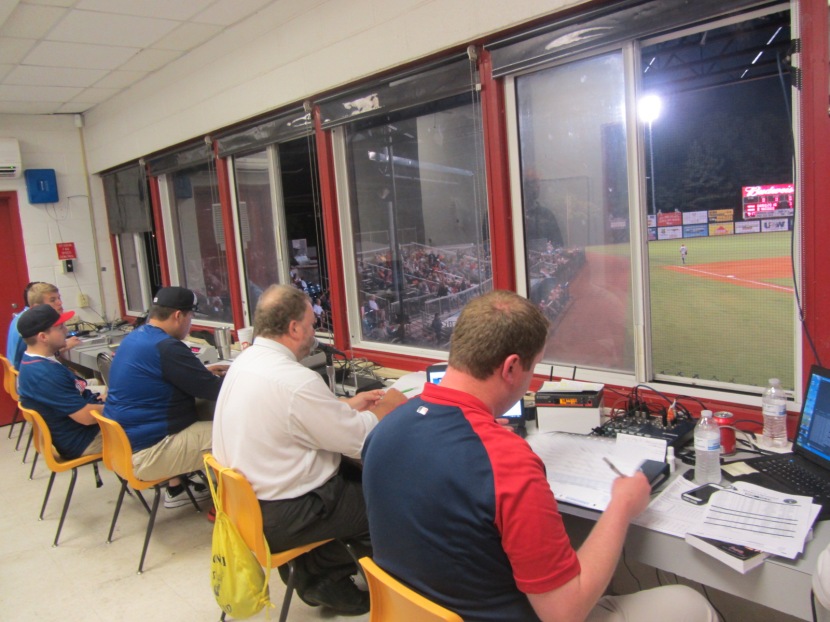 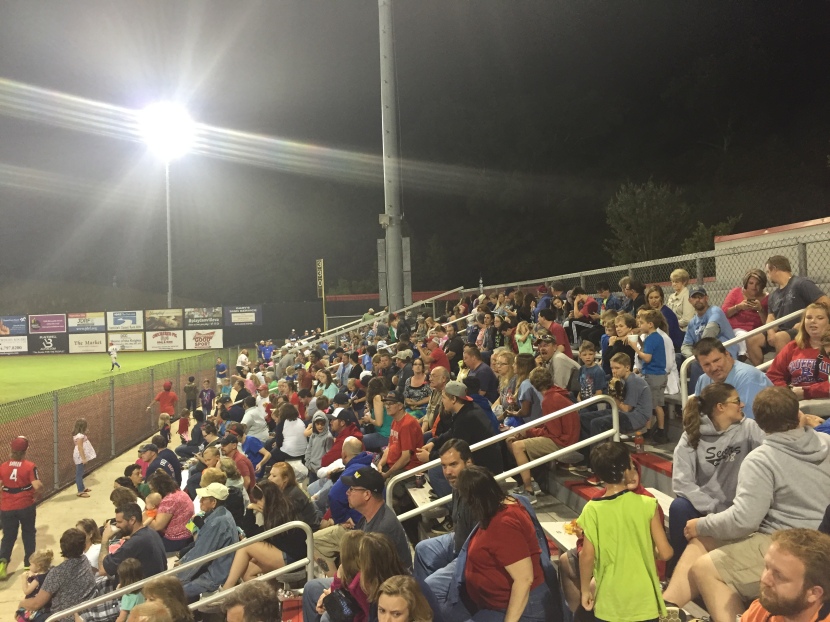 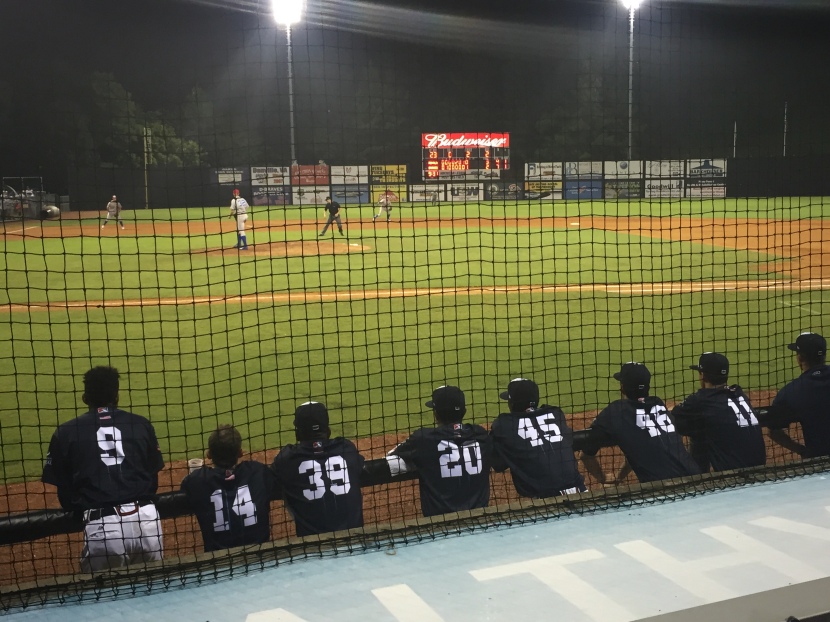 Winning numbers? Maybe. But winning team? No. Burlington won by a score of 3-2.

Many of the Braves players were gracious in defeat, high-fiving fans and signing autographs en route to the home clubhouse.

The game was followed by fireworks. If there’s one thing I can guarantee regarding my fireworks photos,  it’s that they will be awful. 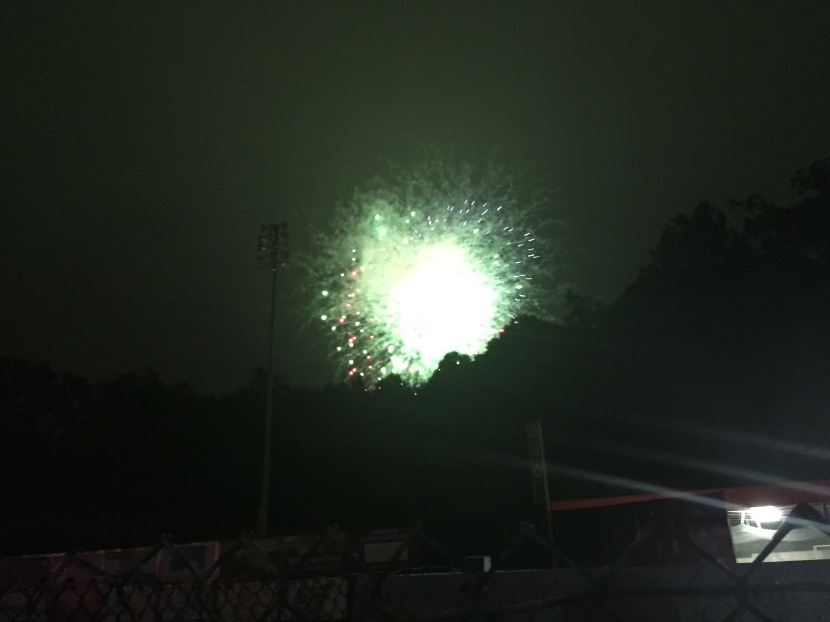 But I can also guarantee that my Groundbreaking and Subversive Ballpark Joke, disseminated nightly, will be awesome.

Your groundbreaking and subversive ballpark joke of the day, Danville Braves. https://t.co/ShBT9Uaodz