(Note: On March 4th, the Southern League announced its 2015 Hall of Fame inductees. This post is therefore now updated to include not just my selections, but the actual voting results as well.)

For the most recent edition of “Minoring in Business,” I wrote about establishing Halls of Fame in the Minor Leagues and the tricky issues that that endeavor raises. The piece begins thusly:

To some, this is an inherently contradictory concept. How can there be a Hall of Fame for individuals who competed within a professional baseball realm that, by its very definition, exists only as a proving ground and launching pad for greater accomplishment?….How does one establish the criteria for a Minor League Hall of Famer? What is the voting and induction process? And will this Hall of Fame occupy a physical space or simply exist within a virtual realm?

I then attempted to justify the reasoning that has led 11 leagues across Minor League Baseball to establish a Hall of Fame, using the Southern League as an example.

Why the Southern League? For one, this Double-A circuit is the most recent Minor League to have established a Hall of Fame, having done so in 2014 as part of their 50th anniversary celebrations. And, not insignificantly, they had asked me, earlier in the week, to be one of 31 voters on their 2015 Hall of Fame class. This marks the first year that the Southern League has factored outside voting into the equation, as in 2014 they simply allowed each of the 10 teams in the league to choose their inaugural inductee. This year, each team has submitted multiple nominees. The process, per Southern League Hall of Fame Committee head Jason Compton:

As a voter, I thought it would be fun and educational (my two favorite activity qualifiers) to share the ballot with you and explain the reasoning behind my choices. I may not be a BBWAA member, but BBWAA nonetheless is an apt acronym for how I hope you feel about me: Ben’s Biz Writes Awesome Articles.

And now, to the ballot! If you have any critiques or criticisms of my reasoning, then please let them be known. In true Hall of Fame fashion, let’s make this as contentious as possible.

Team: Biloxi Shuckers (choosing on behalf of their previous iteration, the Huntsville Stars)

Why: This slate of choices is indicative of the murky criteria that surrounds virtually all Minor League Hall of Fame elections. Should priority go to future Major League stars or those who made the most impact in the Minor League cities in question? I may not vote consistently as regards this conundrum. My preference, on the whole, is to go with those in the latter category, especially when the future Major League standout (in this case, Brosius) is not of superstar caliber and/or did not accomplish anything spectacular in the Minor League city in question.

Per the “supporting information” PDF that was included with my ballot, Rocky Coyle played two seasons with the Stars and was named “Star of the Decade” at the conclusion of the team’s first 10 seasons as a result of his community-friendly approach. I went with Jones, however, despite his negligible impact on the playing field. Upon retiring as a player, Jones remained in Huntsville and became a team and community fixture. Per the supporting information:

“Never asking for anything in return, Jimmy has taken the road from the Minor League Baseball player to the consummate supporter of everything happening at the ballpark. Our experience with Jimmy has gone way past player, season ticket holder, or friend of the team…he’s essentially become a family member that the team can’t live without.”

Why: Okay, so now the choice is simply between two big league Hall of Famers who passed through Birmingham en route to superstardom. So what criteria should I apply here? The strength of the numbers that they put up in Birmingham? Whom I feel had the most impressive career overall? I went with Thomas, simply because he was extraordinary as a member of the 1990 Barons (Baseball America 1990 Player of the Year, including an unreal .487 OBP). His time with the club was more indicative of future success than Fingers, who was primarily a starter throughout his two seasons in Birmingham.

2015 Inductees: The voting ended in a tie, so both Fingers and Thomas are going to go in. Here’s hoping that this results in a dual bobblehead promotion.

Why: They didn’t leave me a choice! I’ve got nothing against Trevor Hoffman, but, c’mon Chattanooga. Up your nominating game.

Team: Jackson Generals (nominating on behalf of their previous iteration, the Memphis Chicks)

Why: Both Lea and Shines played three seasons in Memphis, and both put up generally solid if generally unspectacular numbers. Shines has gone on to manage in the Southern League (he spent 2014 looking out for the Lookouts), but he made his biggest impact as a player with Triple-A Indianapolis and not the Double-A Memphis Chicks.

Lea, however, was a Memphis icon. He grew up in the city, went to college there, and later broadcast games for the Triple-A Memphis Redbirds (he passed away in 2011 at the age of 54). And while it’s a very small sample size, his 1980 season with the Chicks was a thing of beauty: Nine starts, nine wins, seven complete games, three shutouts, and an ERA of 0.84. That effort earned him a promotion to the Montreal Expos, for whom he would pitch seven seasons.

Why: In this case, we have three recognizable names, each of whom played one season with the Suns. Kapler’s 1998 season in Jacksonville was truly spectacular (28 home runs, 146 RBIs, .976 OPS) and Walker was a force to be reckoned with as well (26 homers, 83 RBIs, .917 OPS). Both men were better during during their one season in Jacksonville than was Johnson. The future pigeon killer was solid (11-8, 3.73 ERA) but predictably wild (128 walks in 140 innings) during the 1987 campaign. Still, I went with Johnson because, well, it’s Randy Johnson. The Big Unit is set to be enshrined in Cooperstown this summer; why not now take the opportunity to immortalize him in the Southern League as well? 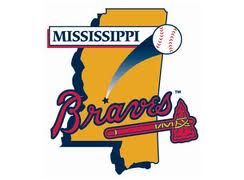 Why: DeSalvo has a very distinguished track record as a Southern League executive, and there’s no doubt that he will one day be enshrined in the league’s Hall of Fame. But the Southern League Hall of Fame is a new creation, and in the early going it’s probably better to induct candidates who have a little more sex appeal (with all due respect to Mr. DeSalvo’s sex appeal). I went with Jones over Glavine because, as the first pick of the 1990 draft, he came into the Southern League with high expectations and proceeded to meet them and then some. He hit .346 with Greenville over 67 games, compiling a .961 OPS in the process. That 1992 squad went on to win 100 games, a very rare feat in Minor League Baseball.

Why:  Tony LaRussa is known as a manager, not a player, so I did not want to select him for enshrinement in that capacity. That leaves Ward, who, yes, is better known as a player (he played in the Major Leagues for 12 seasons). But Ward has genuine Southern League managerial bonafides, as he piloted the BayBears to back-to-back championships in 2011-12. That 2012 team finished with a losing record, but no matter. A championship’s a championship.

Why: Kudos to Montgomery for nominating such a diverse group of candidates, as here we have a pitcher for two championship teams (Grilli), a 21st century mainstay (Gabriel Martinez) and a bonafide star (Lou Whitaker). One could make a case for any of them, I think, but I went with Whitaker primarily because, last season, Alan Trammel was selected for the Southern League’s inaugural Hall of Fame class. It only seems fitting that his long-time double play partner should now join him. (Whitaker and Trammel were Montgomery teammates in 1977, marking the first of 19 seasons in which they played together). 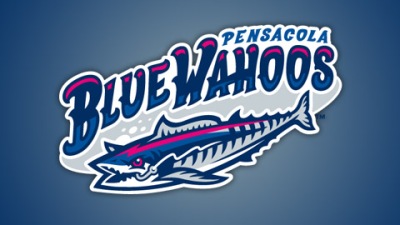 Why: In choosing these nominees, the Blue Wahoos clearly had notable alumni of their 1995 champion Mudcats squad on the brain. Jewett was the manager, and future Pirates standouts Kendall and Womack were key components. This was a tough choice and, honestly, none of them jumped out at me. I went with Kendall because his 1995 season was truly impressive, as he hit .326 and struck out just 22 times in 429 at-bats. 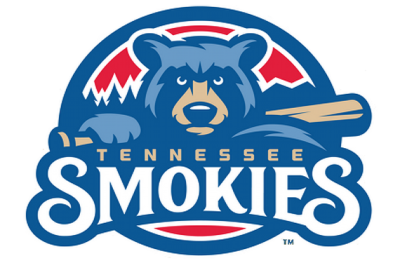 Why: I couldn’t get behind Mobile’s nomination of LaRussa as a player, but as a manager? No problem. LaRussa made his managerial debut with the 1978 Knoxville Sox, leading them to an 88-56 record. He then joined the Chicago White Sox coaching staff at the end of the season, and in 1979 was named manager of the White Sox. The rest, as they say, is history. Carpenter and Delgado are solid nominations as well, and I imagine that as the years go on they, too, will be inducted into the Southern League Hall of Fame.

So there you have it: the logic (or lack thereof) behind my Southern League Hall of Fame ballot. I find this to be an interesting, if not somewhat absurd, process, and enjoyed putting this together. So what are your thoughts? Who would YOU have voted for, and why? Let me know, in the comments section, on Twitter, or send me an email. I’d like to hear from you.

Final Analysis, now that the inductees have been announced: Seven of the 10 players I chose were inducted. The overall preference among the voters was to prioritize the biggest names, in that regard there are no true “upsets” to be found. It is worth noting that Tony LaRussa went 0-for-2 on the ballot, failing to receive induction as both player and manager.