…And I come to give you more, and I never give you less….Let’s go!

If you “Look At Me Now” you’ll find me in NYC, but at this time tomorrow I’ll be flying the friendly skies, airbound toward the arid. Look for “on location” blog posts, articles, and interviews the rest of this week into next, as I spend time in Tucson, Lancaster, High Desert, Inland Empire, and Lake Elsinore (and maybe more, logistics permitting).

But before all that, a good old-fashioned blog bouillabaisse of relevant Minor League biz-ness news (and, for the record, never have I spelled “bouillabaisse” correctly on the first try).

This week’s “Farm’s Almanac” is on the Minor League response to the Alabama tornadoes, and can be read HERE. Mentioned briefly in the story, and something I’d like to emphasize here, is that the Burlington Bees are raising money for the family of grounds crew intern Cody Wales, whose home was leveled by the tornado. 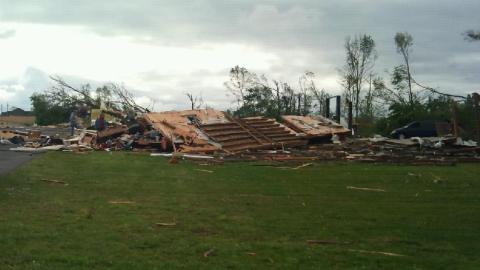 The team has been raising money at the ballpark, and checks to benefit the Cody Wales Family can be sent to the Bees front office at 2712 Mt. Pleasant Street, P.O. Box 824, Burlington, IA 52601.

It’s Tuesday, meaning a new “Promotion Preview” column is up on MiLB.com. It was an admittedly slow week for promos, and I am heartened by the fact that next week’s column gives me more than twice as much notable stuff to choose from. I  once again implore you to keep in touch, with info on upcoming promos as well as recaps of those past. I cannot stress this enough! The current soporific state of my inbox leaves much to be desired.

Highlighted in a previous column was the Richmond Flying Squirrels “High Five World Record Attempt,” in which mascot Nutzy attempted to set a new standard for “most high fives by an individual in an hour.” And indeed he did (though yet to be verified by Guinness), slapping palms with 1620 fans.

Featured in last week’s column — and happening TONIGHT — is the Memphis Redbirds’ 30th Anniversary Salute to Charlie Lea’s No-Hitter (Lea now works as a color commentator for the club). The Redbirds are pulling out all the stops with this one, going so far as to tweak an immensely popular viral video.

An event that should have been included, but was instead egregiously overlooked, was the Durham Bulls’ return to iconic Durham Athletic Park yesterday. This video sums up the evening very well:

The Crazy Hot Dog Vendor wasn’t overlooked, but perhaps should have been. As this video points out, the use of the word “vendor” in his job title is blatantly misleading.

But in the end, Minor League Baseball is more about the overall experience than any specific promotion. The Fort Myers Miracle have put together an ad campaign that emphasizes this point very well. My embedding capabilities are lacking in this case, but they can be viewed HERE. And while you’re at it, check out this local newspaper story about the Miracle Bullpen and its trusty Justin Beiber backpack.

And, yes, the story features a photo of Bruce Pugh heading to the bullpen while wearing the backpack — a triumvirate of BPs, and possibly a foursome if he happened to be heading there after batting practice.

I’m now less than 24 hours from saying goodbye to the East Coast.  The next time you’ll hear from me I’ll be writing in an agitated late-night state from some hotel room, binging on Mello Yello and wondering what’s it all for.