Professional baseball bullpens have long been breeding grounds for eccentric behavior and bizarre rituals and, really, this shouldn’t be a surprise. Leave a group of bored young men to their own devices and spitting contests, impenetrable slang words and, yes, even lizard eating will result.

One particular bullpen competition that really seemed to take off this season was the in-game standing contest. The premise is simple: starting with the National Anthem, one (or more) players from each team’s bullpen attempts to stand at attention for the duration of the contest and beyond. This simultaneous exercise in endurance and absurdity was first brought to my attention via an excellent Myrtle Beach Pelicans blog post, and later in the season the Lowell Spinners produced a video that chronicled their standoff versus the State College Spikes.

Yet another standoff occurred on August 25, this time featuring the Lancaster JetHawks and visiting Lake Elsinore Storm. The following day I got an email from JetHawks director of sales and marketing Will Thornhill, who wrote in part:

[F]ollowing the National Anthem last night nobody in either the JetHawks or Storm Bullpen sat down.  After a couple innings we figured something was going on. Eventually only one player remained standing in each bullpen and it lasted throughout the ENTIRE game.  The Standoff continued 45 minutes after the game and both players were eventually carried out to center field where they negotiated a continuation….By the end of the game all of the fans sitting behind the JetHawks bullpen were standing as well, and when the game ended about 50 fans made their way to the bullpen and stood behind our pitcher.

The last JetHawk standing was Zack Grimmett, who for reasons lost to the annals of time conceded the stand-off during the first inning of the following day’s ballgame. Also lost to time was the name of his Lake Elsinore adversary [this info has since been regained from the annals of time. It was Mark Pope] — this all happened back in August and who among us can remember what happened back in August?

But to the extent that I can record this stand-off for posterity, I will. For while not necessarily of the best quality, some photos eventually emerged and I feel that it is my duty to share them with you. Italicized text is of the descriptive variety, and courtesy of JetHawks sales executive Jenn Adamczyk.

[I] first noticed stand-off while waiting for the [mascot] race to start. All but one or two in the JetHawks bullpen were standing. The Storm had one guy still up. 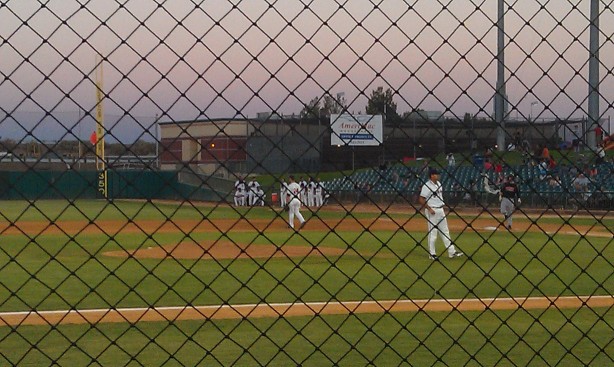 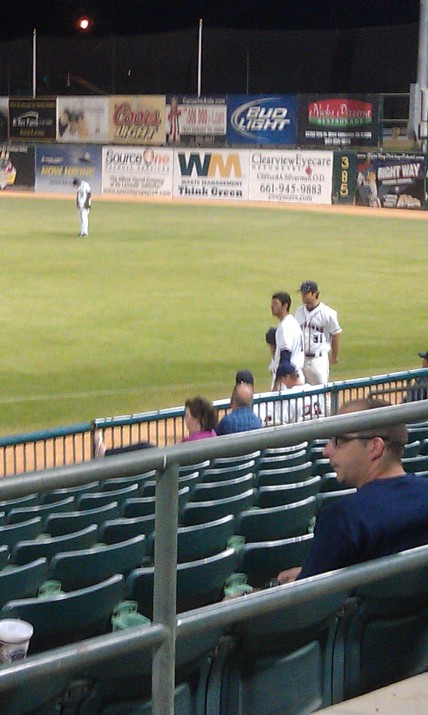 Post game; fans started crowding around the JetHawks player, cheering him on 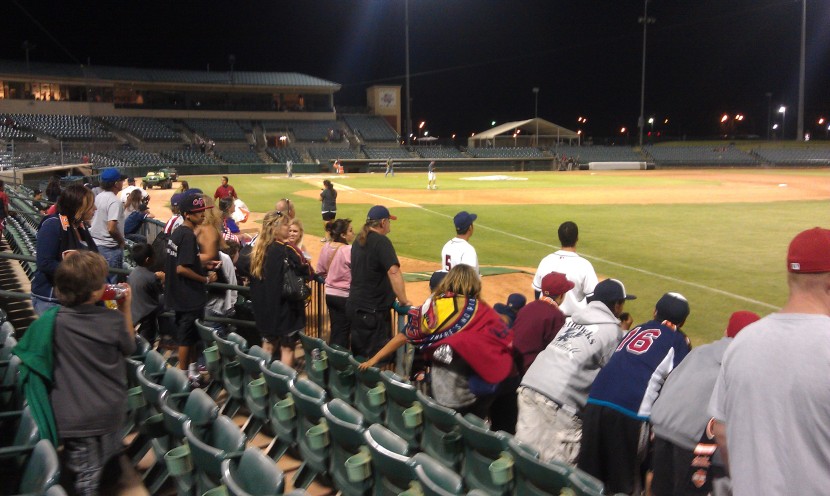 Teammates carry both players from the bullpens to center field. At this point the clubbies from both teams brought the players dinner and were feeding them. 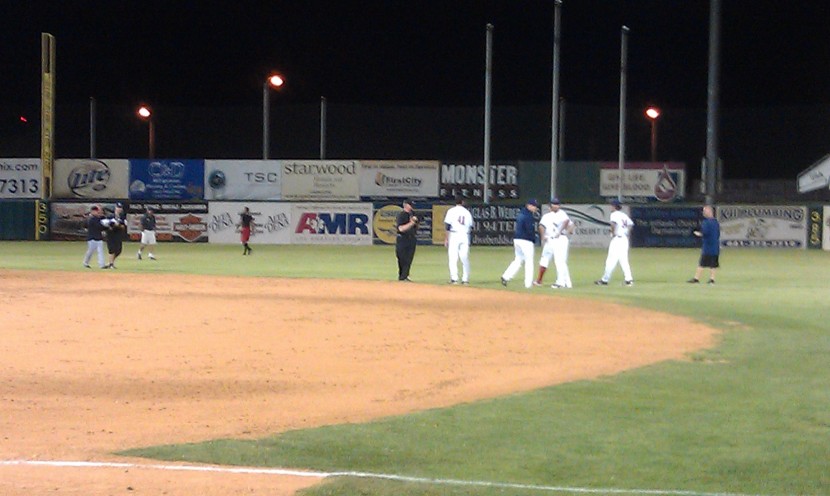 Other guys started playing [the card game] War on the field 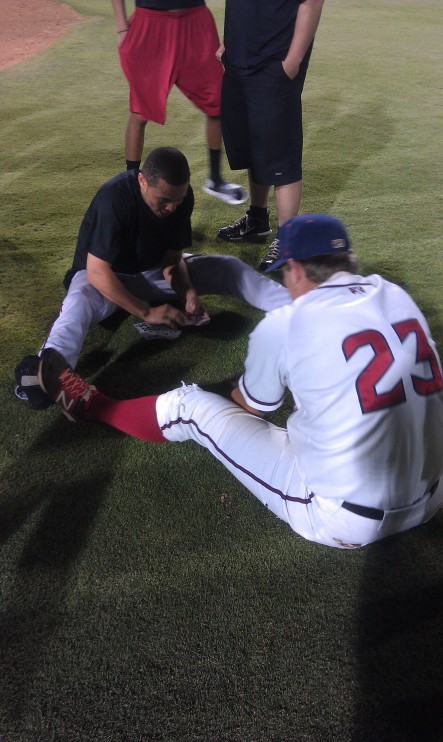 End of the stand-off, called a truce. Both went home. 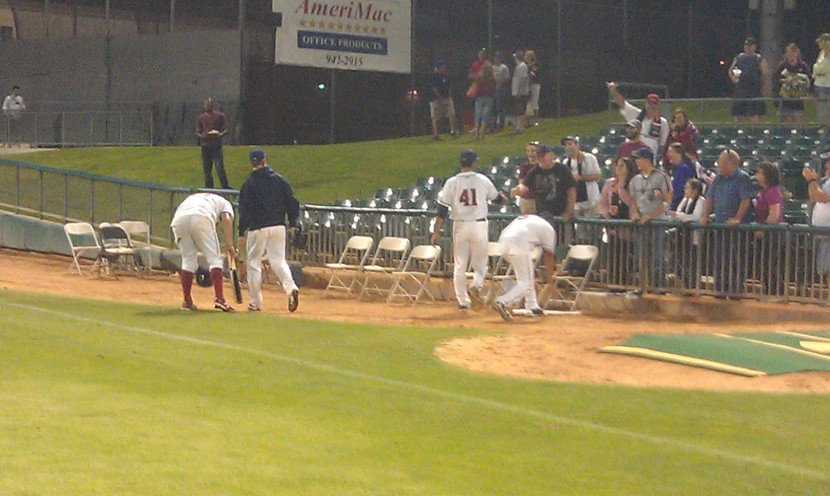 Truly, this was a classic moment in California League history. And since I’m still sitting here typing, I may as well take this opportunity to highlight my own moment in baseball stand-off history. Prior to the 2009 season, I traveled to Altoona and took past in the Curve’s “Last Fan Standing” competition. My mission was to keep one hand upon Diesel Dawg at all times. 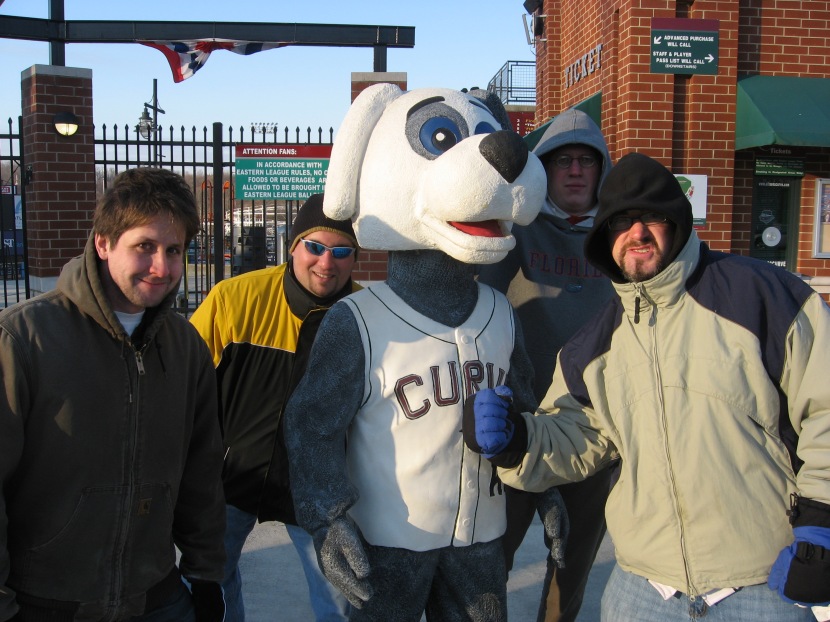 I lasted 14 hours — good, but not nearly good enough. Story of my life.