Hello from Lancaster, CA! I can see Clear Channel Stadium (home of the JetHawks) outside of my hotel room window, but before heading over there I wanted to return mentally to Tucson in order to do a quick post on the yin to Kino Stadium’s yang.

As detailed in my story on the subject, Tucson’s professional baseball situation is complicated. I’d suggest that you give it a read, but in a nutshell: the city has two viable stadiums. The Tucson Padres play in Kino, part of a sprawling complex on the city’s south side. Hi Corbett is in the center of the city, located within Reid Park (which also includes a zoo, concert stages, a rose garden, recreational areas, ponds, waterfowl and a whole lot more).

Hi Corbett has hosted Major League Spring Training, Pacific Coast League Baseball, and, most recently, the independent league Tucson Toros (the team is currently on hiatus in the wake of the T-Padres arrival, but that could change soon). Upon arriving at Hi Corbett, I took some shots of the stadium’s exterior while trying to figure out how to gain entry.

The concourse, as viewed through a gap in the front gate.

Fortunately I soon ran into Toros general manager Sean Smock, who gave me a tour of the stadium. The seating — heavily sloped and close to the action — is in stark contrast to Kino’s far superior square footage (a blessing and a curse — this results in a far more intimate and energetic environment, but one lacking the range of movement, multiple vantage points, and many points of sale on offer at Kino). 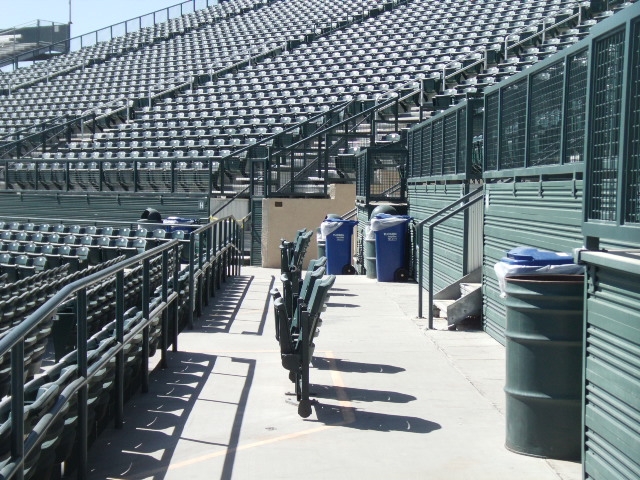 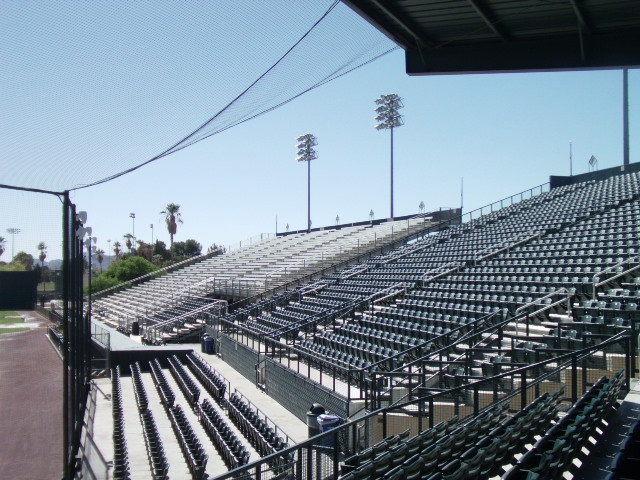 The Toros logo, through the mist:

Major League was filmed here. You may remember Rick “Wild Thing” Vaughn emerging through this door.

This locker room, now housing visiting teams, was in the movie as well.

Ah, the luxury and privacy of the professional baseball lifestyle.

Since I can’t end this stadium tour with a shower photo, here’s one more from the field. 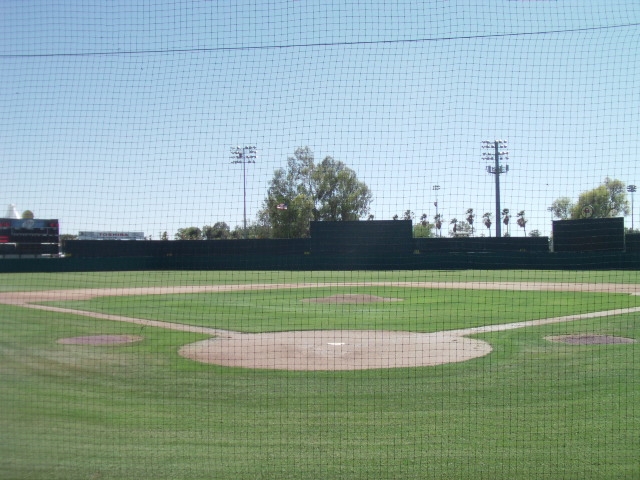 And, for good measure, here are three friends I made upon leaving the stadium.

Actually, “friends” is pushing it. We were acquaintances at best; but “passing strangers” would be most accurate.

And that it’ll be it for baseball-related Tucson-content. Next week will be all Cal League, all the time.