In all likelihood you haven’t yet digested — or even been aware of the existence of — yesterday’s full-to-bursting bouillabaisse post. But that’s not gonna stop me from delivering yet another heaping hodgepodge of worthwhile Minor League Baseball news, because that’s just the kind of guy I am: the kind of guy who cannot be stopped, or even contained, really. Lil B’s got nothing on me, for I am the #BouillabaissedGod!

The more perceptive among you may have noticed that yesterday’s post, full-to-bursting though it may have been, contained no videos. Today is not like yesterday, because it never is, and therefore today’s post will contain videos. Let’s get to them, starting with a significant bit of publicity for Lake Elsinore’s “World’s Fastest Squirrel.”

For more on the World’s Fastest Squirrel and the surreal world from which he emerged, kindly read my 2012 “Minoring in Business” article.

Another example of Minor League Baseball mascots in big-time roles can be found in “What the Phanatic Say?,” which features an impressive collection of Phillies-affiliated characters.

The above video, a parody of “What Does the Fox Say?”, is not to be confused with other such spoofs. THIS, for example, explains the fundamental tenets of Quakerism. 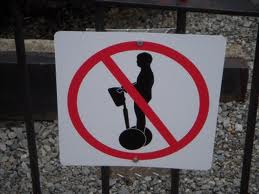 The Indianapolis Colts may have been eliminated from the playoffs, but that’s not going to stop me from sharing a video that was made before the postseason begun. This Christmas, Indianapolis Indians stalwart Matt Hague offered valuable sliding tutelage to his next door stadium neighbor Andrew Luck. Hilarity, or perhaps something bearing no small resemblance to hilarity, ensued.

And, let’s be honest here, if something’s funny then it has no expiration date. That’s my excuse for providing yet another piece of comedic holiday video content, this time courtesy of my old pals the Altoona Curve. Get psyched for The Pockster!

The “Pockster” is a parody of Conan O’Brien’s “Rublight” ad, which you absolutely must watch. There is no person who won’t find it funny. Or, if there is, I don’t want to know that person. And if I do know that person, then all ties are renounced effective immediately.

When it comes to Minor League Baseball blogging, I am the greatest of all time. But when it comes to the grapest Minor League entity of all time? That honor now belongs to the Reading Fightin Phils, whose mascot and star player competed against one another in a local grape-stomping competition because of course they did.

I’ve shared a lot of stupid videos with you today, resulting in more wonton absurdity then a surrealist painting of a Chinese restaurant. But I’m going to close this post with a video that is thoughtful, tasteful, personal, and passionate. I like it a lot, this heartfelt musical plea to preserve the former home of the Eugene Emeralds.

The fact that this song was written by one “Scoop McGuire” makes it that much better. Check out savecivicstadium.org for more info.