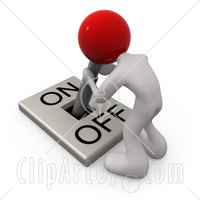 Perceptive readers of this blog may have picked up on the fact that I have come down with a case of the “Offseason Blues.” This ailment is not recognized by the mainstream medical community, so it has been hard for obtain the treatment I deserve.

But soldier on I must, so soldier on I shall. Today, I seek to derive strength and inspiration by conveying the following smorgasbord of Minor League news to you, the reader.

Dare to Be Stupid — Teams across the country are currently taking advantage of October down time in order to plan their 2010 promotional schedule. At least two of these clubs are actively soliciting fan suggestions: the Great Lakes Loons and the Bowie Baysox.

The Baysox, meanwhile, are asking fans to send an email to info@bowiebaysox.com 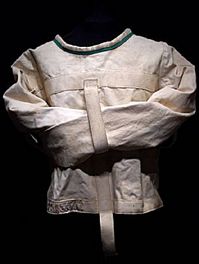 with the subject line of “CRAZY IDEA.” The caps-lock enamored club takes pains to emphasize that NO IDEA IS TOO CRAZY, so don’t be afraid to really let loose. I just gave myself 30 seconds to brainstorm a crazy idea, and the best I could do was “hermit crab giveaway.” It’s been that kind of day.

A Trip Down Memory Lane — I am in the process of putting together a spreadsheet of offseason Minor League events, so that I can write an offseason version of my “Promotion Preview” column. In the process, I have come across several worthy events that, alas, have already occurred. Such as:

Legends of Baseball Vintage Showdown in San Jose — Former big leaguers — including Hall of Famers Gaylord Perry and Rollie Fingers — faced off against players from the California Vintage Baesball Association. The game was played according to the 1886 rulebook, meaning that Perry could finally throw a legal spitball.

Hall of Fame Fight Night in Corpus Christi — Featuring eight bouts and a local Hall of Fame induction ceremony. What more could you ask for on a Saturday night in October at a Double-A ballpark?

Stone Crabs Celebrate Themselves — In Charlotte (Florida), the Stone Crabs celebrated the

opening of stone crab season by offering fans a $50 gift card with the purchase of a season ticket plan.

Dave the Horn Guy Update — Every few months, I feel compelled to mention Minor League touring performer Dave the Horn Guy. Rather than question why this is, I instead direct you to THIS LINK. There, you can download Horn Guy ringtones. If you’ve never heard Usher’s “Yeah” played through a chromatically-tuned bulb horn, then you’ve never really lived.