In two weeks hence, I’ll be embarking on Road Trip #1 of the 2012 Minor League campaign. While there may be slight tweaks to the itinerary, here’s where I’ll be spending my time:

Except none of the places I’ll be visiting are highlighted on the map. I just liked the way it looked. Here’s the itinerary: 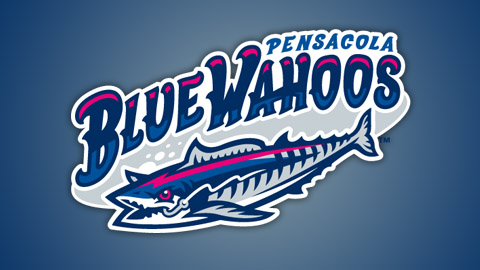 I’ve been agonizing over the specifics of this itinerary, as I am wont to do. The Florida State League’s propensity for 10:30 a.m. games at this time of year quite often threw a wrench into my plans, as did my desire to spread myself out geographically. I’ve never been to Florida in a so-called “professional” context, but this will certainly give me an ample dose of the Sunshine State.  The Blue Wahoos, in their inaugural season, are what first motivated me to head south, and while it would have been easier to travel from Pensacola into Alabama (and beyond) the need to hit new locales before repeating old ones led to the schedule you see above.

And now comes the requisite “tell me what to do/who to talk to/where to eat” queries. As always, I will do my best to experience as much as I can while, somehow, maintaining all of my writing requirements and, as an added bonus, not going insane. It’s a lot of fun while it’s happening, and even more fun when it’s over!

But I’m just allowing myself to get overwhelmed. I really and truly do love these trips — this is the third year I’ve been doing them (after a few tentative baby steps in 2009), and each year I learn a little bit more about how to go about it. They are, like everything, a work in progress, and the enthusiastic response I’ve received (from readers like YOU) has gone a long way to insure that they keep happening. 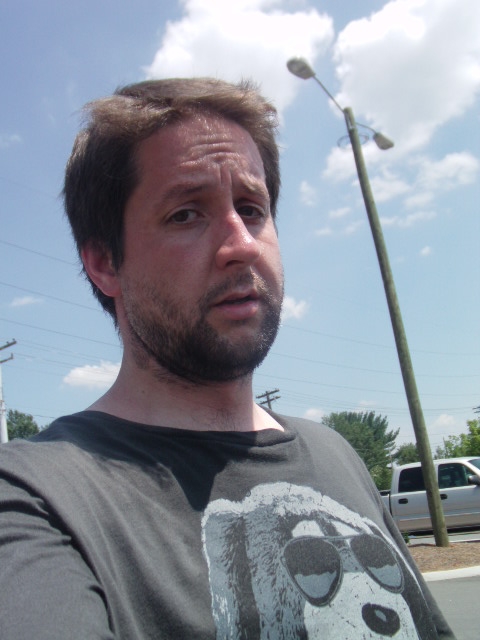 What I look like at the end of a road trip.

But here I am, with my mind on the Florida heat and fun in the sun in general. It’s easy to forget that the reality is much different in other parts of the country. Take the Helena Brewers, for example, who tweeted out the following picture of their ballpark last week along with the observation that “This is why we are shortseason.” 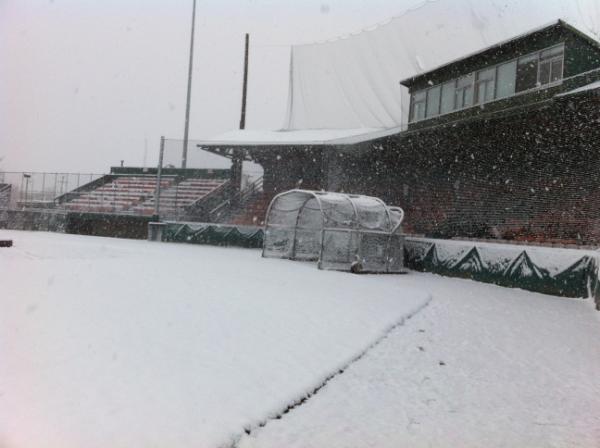