I went on five ballpark road trips in 2015, including one in New England. But the time that I spent in Burlington, Vermont, was not part of that trip. It was a standalone long weekend that included Minor League Baseball (the Vermont Lake Monsters, natch) as well as a variety of other diverting and educational activities.

One such activity took place on the afternoon of Saturday, July 11. My cousin, Ali, and I visited Burlington’s Citizen Cider. 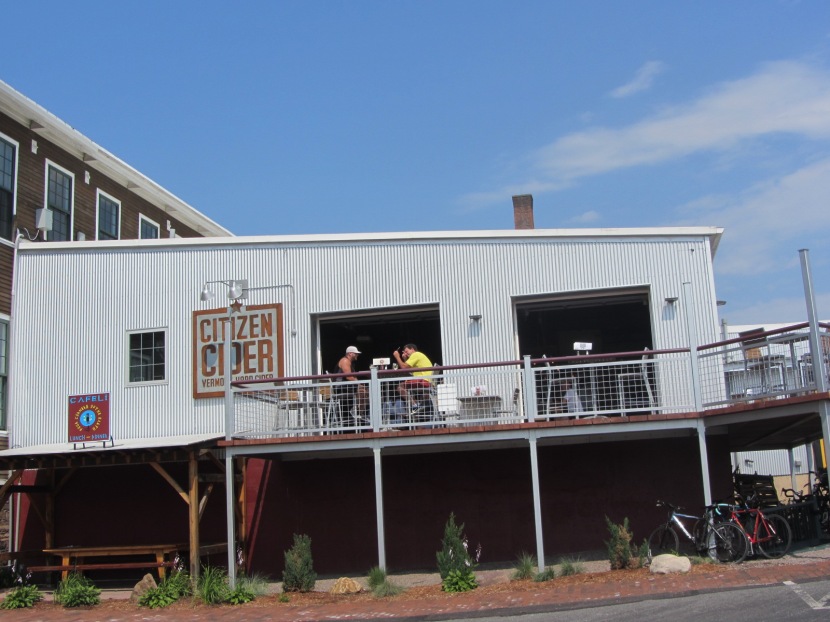 Our visit was arranged by the Lake Monsters, who count Citizen Cider as one of their sponsors. Their ciders are sold at Centennial Field, within the outfield-area Vermont Frames Pavilion and Bar. Upon arriving, we were greeted by company co-founder Kris Nelson.

Kris, originally from Staten Island, moved to Vermont in 2002 and initially was employed in the field of social work. He later became involved in the wine business, and in this capacity met chemist Bryan Holmes and farmer Justin Heilenbach. They bonded over a mutual interest in hard cider and its untapped potential, and founded Citizen Cider in 2010. Their first location was a decommissioned military base, Fort Ethan Allen; the current Burlington location, comprising a bar, restaurant and 6000 square-foot production facility, opened in 2014.

Kris said that the initial reaction to this business venture was generally along the lines of “Cider? Why cider?” But he and his co-founders persevered, believing that the skepticism was a result of a lack of knowledge.

“We just kept marching forward,” he said. “We asked ourselves, ‘Why is cider not happening?’ At the time, it was always marketed to young women. And then came Angry Orchard and why is that? Because men are angry?…Cider wasn’t cool, people weren’t connected. We’re Citizen Cider because we wanted to create ciders for the people.”

Kris set us up with two tasting flights, comprised of 10 ciders total. (Pun apple-ations for said ciders are not just tolerated. They’re encouraged.) The apples are obtained within a 250-mile radius of Burlington, and pressed at the Happy Valley Orchard in Middlebury.

I like alcohol, sometimes too much, but cider is especially appealing to me as it is naturally gluten-free. Since getting diagnosed with celiac disease in 2012, I have had to give up drinking beer and, thus, cider has stepped into the void. Kris said that the rise of gluten-free diets (whether it’s a medical necessity or otherwise) is “great timing” for Citizen’s Cider. Hey, if somebody’s got to profit off of my disease then it may as well be these guys.

We started with the first five ciders on the list, excepting the beer-infused (and thus not gluten-free) “Citizen Zero.”

Pale translucence was a consistent theme here, but each cider had its own taste. What follows are my not very in-depth notes; click on each cider’s name to see the official description (when possible).

B-Cider:  Made with honey. Light and sweet.

Olmsted: Made with wild apples. Heavy and dry.

From left to right:

The Americran:  Made with cranberries and apples.

“We buy from Cranberry Bob,” Kris told me. Cranberry Bob appears to work for the Vermont Cranberry Company. I mean, when your name is Cranberry Bob, then I guess you have no choice but to go into the cranberry biz.

Brose: Rose for bros. Made with Vermont blueberries, which I assume were provided by Blueberry Bob.

The Full Nelson: “It tastes like a floral IPA,” said Kris. This one’s designed to appeal to the beer drinkers who may be wary of embracing cider.

Dirty Mayor: “Rick is the Dirty Mayor,” said Kris, though I no longer remember who Rick is. At any rate, Kris described this one as “emotionally challenging” as it’s not a true cider. A nip of ginger is what makes it dirty.

We then headed next door to the production facility. The truck in the below photo was carrying a payload of unpasteurized sweet cider.

Cans? What is this, a French film festival?

The cider is aged in these “refreshed” whisky barrels. 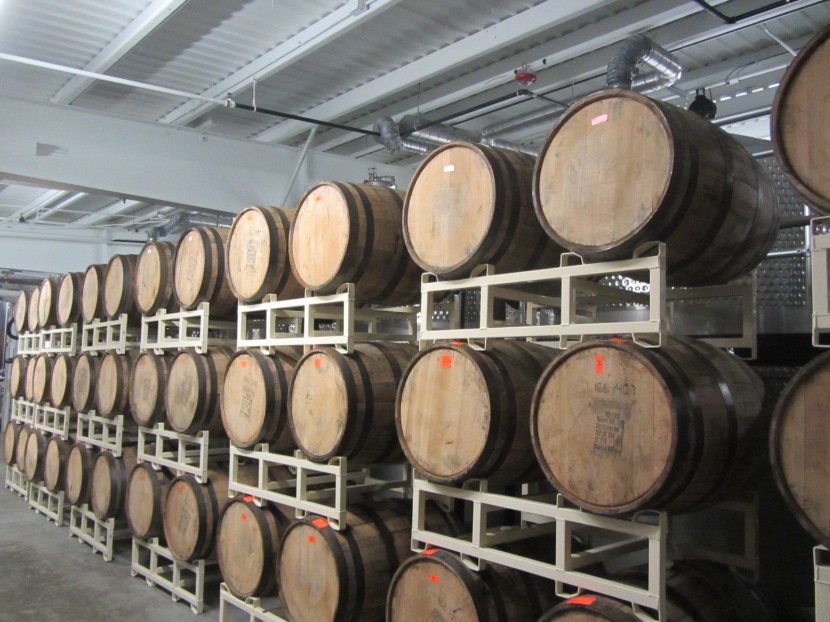 I no longer remember the function of this intimidating looking apparatus, and probably didn’t understand it in the first place. 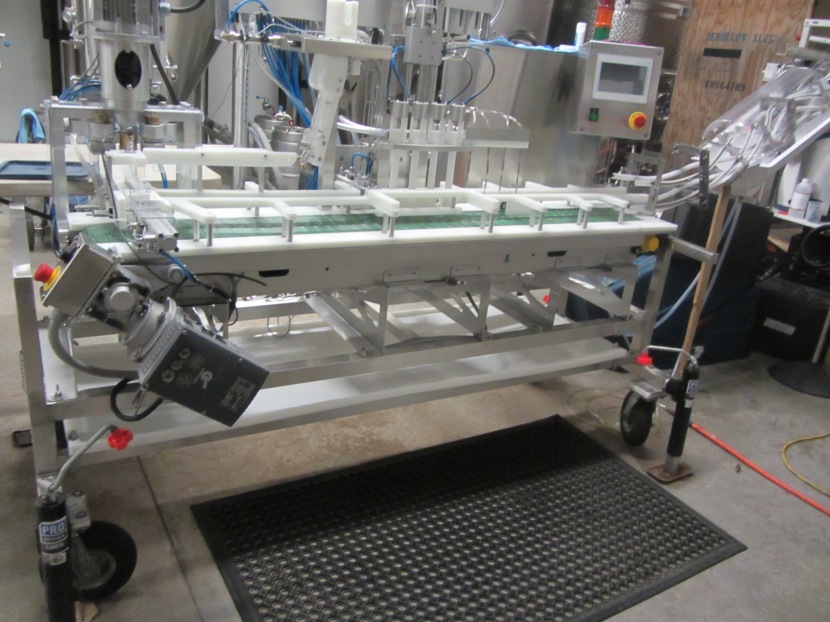 What I did understand was that Citizen Cider makes an excellent array of products, and that their partnership with the Lake Monsters makes a lot of sense.

“Cider was a national pastime, but it’s been forgotten,” said Kris. “Absolutely, people were drinking cider and watching baseball at the turn of the century. So we love that our stuff is in the ballpark.

“We hope that cider is back, and back to stay. It’s what we’re betting our lives on.”

This season, when I’m on the road, I’ll be writing an on-the-spot blog post about each Minor League ballpark that I visit. Then, upon my presumed return home, I’ll provide the multifaceted blog coverage that you have come to know and, perhaps, love. Let’s get to it, lest it get to us!

2015 “On the Road” landing page — including complete itinerary — HERE!

Northeast Delta Dental Stadium, from the outside:

Northeast Delta Dental Stadium, from within: The Hood Milk sign in left field used to be displayed at Fenway Park. The Hilton hotel offers rooms with a ballpark view, and also features an outdoor restaurant from which fans can watch the game.

Ballpark Character: Chris Carpenter never pitched for the Fisher Cats, but he is a New Hampshire sports legend. Here, he gives a speech after having his #29 retired by the team.