For mascots, there’s no escaping the spotlight. These mute yet endlessly expressive characters are  the center of attention everywhere they go, and as a result they always need to be “on.”  Pictures are requested, high fives demanded, and antics expected. It’s an exhilarating existence, to be sure, but not at all conducive to moments of quiet reflection and self-analysis.

Yet such moments, while rare, do occur. To capture them on camera is an exhilarating feeling, akin to a landlocked bird watcher getting an glimpse of the elusive Red Phalarope. This is how I felt during a June trip to Lake County, when I was able to capture Captains mascot Skipper in a moment of introspection.

Feeling inspired by this rare bit of photographic luck, I asked readers to please send in introspective mascot photos of their own. This request was met with an enthusiastic response, and the results are contained in this post.

What follows is the most impressive collection of introspective mascot photos that the world has ever seen.

The above individual is Louie of the Great Lakes Loons, whose powers of introspection are far greater than the average bird. Soon after abandoning his dugout perch, he went into the stands and got the fans to join him in a moment of quiet contemplation.

Another city boasting thoughtful birds amongst its citizenry is Toledo. Muddy the Mud Hen is a voracious reader, and can sometimes be spotted at the local library with his beak buried in a good book.

Muddy’s literary endeavors have increased his powers of imagination. Back at the ballpark, he sometimes gets lost in thought while resting his left arm on a railing that doesn’t even exist. 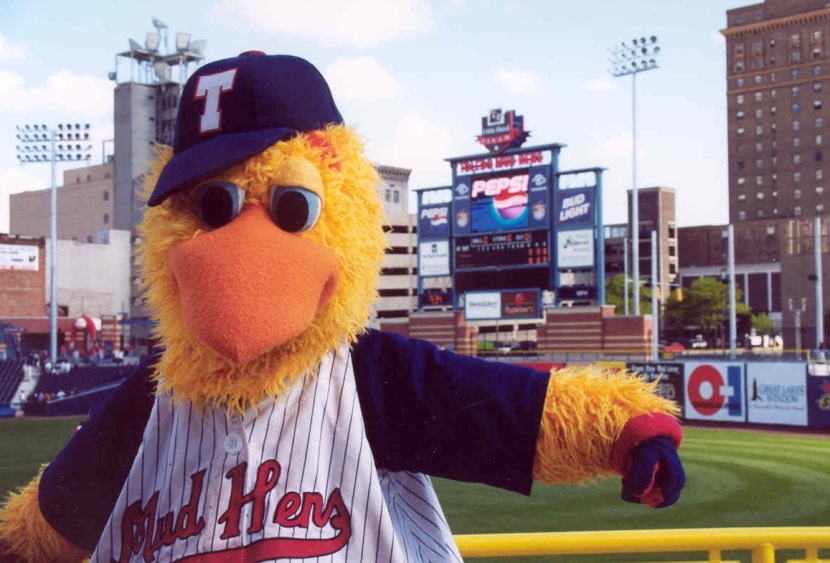 As evidenced by the picture of Skipper at the top of this post, ballpark tunnels represent a good place for a mascot to temporarily escape from the madding crowd. Here’s Phinley of the Clearwater Threshers, patriotically pontificating.

Meanwhile, in Winston-Salem, Bolt takes a moment to reflect before instigating some between-inning hula-baloo. 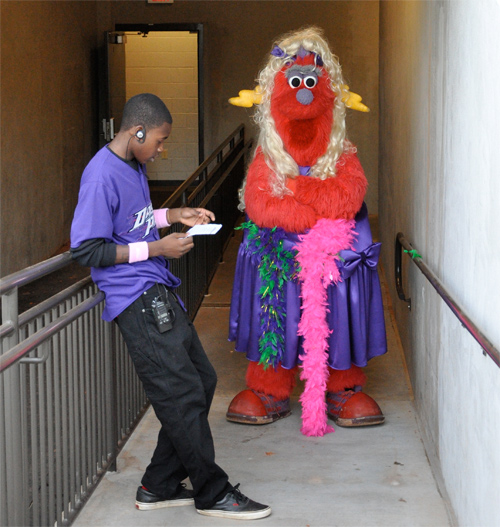 They say lightning doesn’t strike twice, but I was able to get a shot of Bolt during my visit to Winston-Salem this past July. This one is perhaps less “introspective” than “fatigued.” 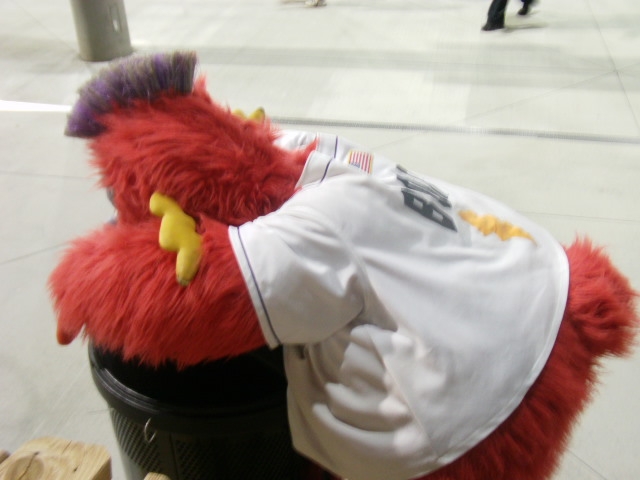 While in Winston-Salem, I spent time with not one but TWO blog readers who went on to email me introspective mascot photos. Matt “Possum” Campbell solicited this shot of the Danville Braves’ “Blooper,” who does his best thinking with left hand planted firmly on stomach. 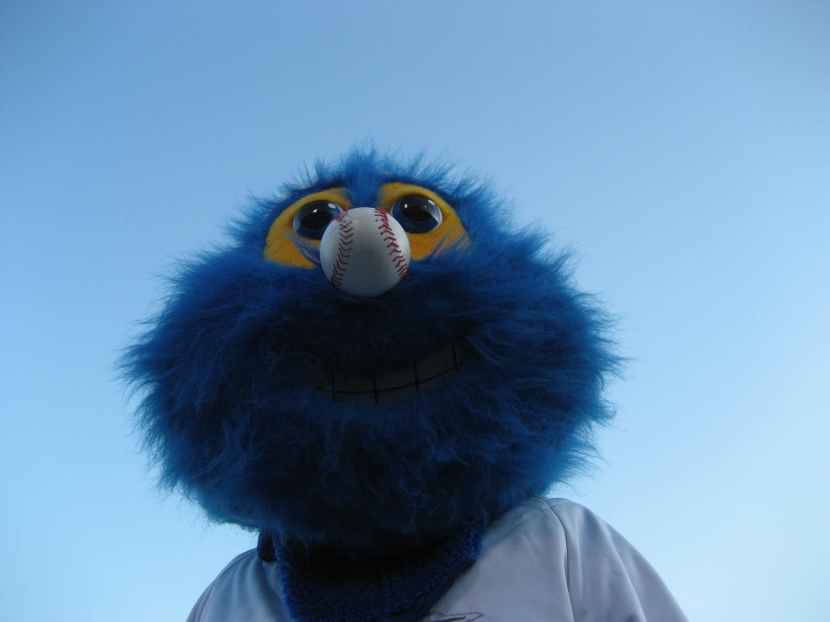 Then we fly over to flyover country, with this behind-the-back view of Swoop of the South Bend Silver Hawks.

And, finally, we arrive in the modest environs of the Modesto Nuts’ dugout. That’s where Al Almond sometimes goes in order to escape from the nuttiness surrounding him.

Another thoughtful dugout denizen is Fort Wayne’s Johnny TinCap, whose demeanor is never crotchety even if his hobbies sometimes are.

Of course, one doesn’t need to be solitary to be introspective. Over the three seasons that the team has been in existence, Chopper of the Gwinnett Braves has established himself as one of the most empathetic woodchucks in the Minors. Here he is having an on-field heart-to-heart. 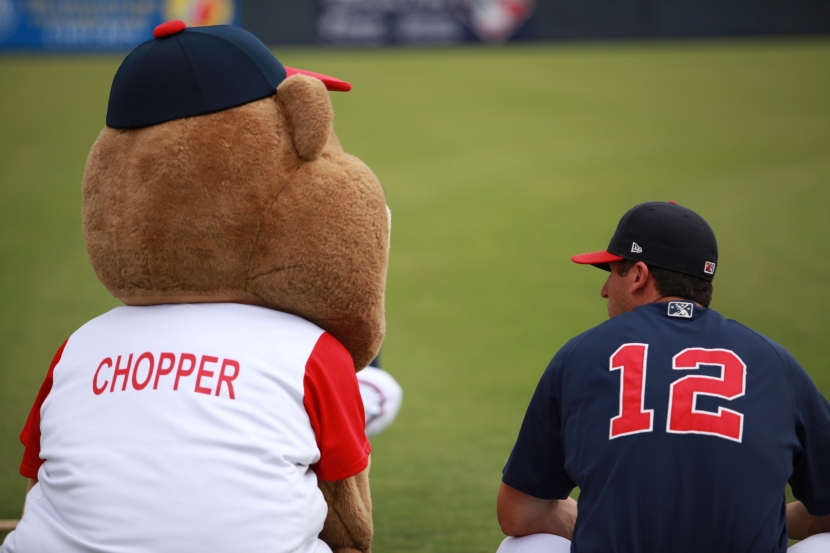 Chopper’s upright demeanor is in stark contrast to Millie of the Lowell Spinners. On the last day of the season, this canal-dwelling alligator went deep into her own headspace while sitting on a stadium bench.

Allie’s daughter, Millie, simply curled up in the fetal position in order to think long and hard about the season that had just transpired.

With this concept on the verge of collapse, it seems that I’ll have to call it a day. Of course, keeping sending those introspective mascot photos in. I am totally amenable to there being a second, third, fourth, and even fifth installment of this series.

There will be no sixth installment.