2104 marks the Everett’s 20th season as a Mariners affiliate as well as their 31st season in the Northwest League. The latter of the two accomplishments is the focus of this logo, designed by the renegade maverick firebrand rebel iconoclasts that are Brandiose.

The new emblem incorporates the AquaSox current color scheme along with a hint of orange in recognition of the team’s previous affiliation with the San Francisco Giants. The franchise was known as the Everett Giants for 11 seasons (1984-1994) before becoming the Everett AquaSox prior to the 1995 season.

Later, the press release was compelled to report this non-essential but rather interesting bit of information:

Nearly 30 years ago, on June 19, 1984 at Everett Memorial Stadium, the Everett Giants took the field for the first time led by manager Rocky Bridges. Before an overflow crowd of 3,527 – Bellingham defeated Everett 10-5. Since then, nearly 2.7 million fans have come to Everett.

And did you know? Pitcher Terry Mulholland made his professional debut as a member of that 1984 Everett team, marking the first of what would be 23 professional seasons. Mulholland is the only player in baseball history to have pitched for the 1984 Everett Giants and the 2006 Tucson Sidewinders, a fact that will get you everywhere in life.

And while I haven’t been everywhere, I have been to Everett. Click HERE and HERE for a good chunk of the coverage I provided while visiting the AquaSox.

18 hours and 53 minutes after receiving information regarding the AquaSox, I was hit with the following:

Lake Elsinore, CA – On April 15, 1994 the Lake Elsinore Storm opened its gates to the community and Southern California. This season on Opening Night, April 10, the organization will commence a 20th Anniversary celebration at The Diamond that promises to be special.

The 20th Anniversary Logo commemorates two decades of baseball in Lake Elsinore and will be displayed on game jerseys, team hats and the infield grass, as well as throughout the community with a 20th Anniversary poster.

I can’t wait for the 30th anniversary logo…

Unlike the AquaSox, the Storm press release did not include any information on the first game in franchise history. While I do not have access to that information, I can tell you that among the members of the 1994 storm was one Kevin Flora. The very next season, Flora became one of five players named “Kevin” to play for the Philadelphia Phillies (Elster,  Jordan, Sefcik, and Stocker) were the others.  Jim Fregosi managed that team — RIP.

While I don’t know anyone named Kevin personally, I did visit the Lake Elsinore Storm in 2011. Read all about that HERE, and then read this piece on the origins of the team’s logo (among the top-sellers in all of Minor League Baseball).

Earlier this week I duly tweeted out both of the above logos, and soon enough I was hipped to the existence of other, quite similar, entities.

I have seen no further information regarding the Bees’ 20th anniversary plans, but let it be known that the team was called the Salt Lake Buzz from 1994-2000 and then the Stingers from 2001-05 before, perhaps inevitably, transitioning to the Bees moniker. The 1994 Buzz club included a 21-year-old LaTroy Hawkins, who returned to Salt Lake in 2012 on a rehab assignment.

I have never been to Salt Lake, but I have visited a team called the “Bees.” Click HERE to read about it.

Twitter is good at generating buzz, and the Tampa Bay Yankees soon chimed in with the following:

That 1994 Tampa Yankees squad featured Mariano Rivera and Derek Jeter, but more importantly, there’s this: One year prior to playing for a Major League team that included four other players with the same first name, Kevin Elster appeared in three games as a member of the Tampa Yankees.

It’s a beautiful place, this world.

Lots of flotsam and jetsam has piled up on the shores of Ben’s Biz Blog remote island headquarters, and the only way to deal with such excess detritus is by accumulating it into a tidy pile.

Nice to get a belabored analogy out of the way so early. Let’s go to the info!

First of all, a pair of Pacific Coast League announcers are on the cusp of celebrating significant milestones. Tonight in Des Moines, Deene Ehlis will call his 3000th game for the Iowa Cubs. The broadcast will also be notable in that it’ll include an interview with Indianapolis Colts receiver (and University of Iowa alum) Dallas Clark, who has been immortalized by the I-Cubs in bobblehead form.

Then on Tuesday, Steve Klauke of the Salt Lake Bees call his 2500th contest:

Klauke joins legendary Utah Jazz broadcaster Hot Rod Hundley (2,645) as the only two play-by-play broadcasters to call 2,500 games with one Utah team. He also becomes just the fourth current Pacific Coast League team broadcaster to reach the 2,500 games-called mark with one PCL team. Currently in his 18th season with the Bees, Klauke can be heard live on 1320 KFAN and at slbees.com.

Klauke will be recognized during a pregame presentation on Tuesday, April 26, while audio highlights of his more notable calls will be played throughout the game.

Trivia Question! Who are the other two current PCL broadcasters to have called at least 2500 games? The first person to email me with the correct response will get to contribute 150 words to a future blog post on whatever topic they choose (must be family friendly, of course). benjamin.hill@mlb.com

Since we’re on the topic of the PCL , it is well worth pointing out that the Fresno Grizzlies are staging a Saturday night tribute to severely (and senselessly) injured San Francisco Giants fan Bryan Stow.

In the words of the team:

Fans can purchase a Super View ticket and special Bryan Stow bracelet for $15, with $10 going directly to The Bryan Stow Fund, established to support Bryan and his family. Stow is a paramedic with American Medical Response and works games for the San Francisco’s Single-A affiliate, the San Jose Giants, at Municipal Stadium.

As you’ll recall, the aforementioned San Jose ballclub is dedicating the month of April to Stow.

I might as well stay with the PCL, as yesterday Sacramento and Reno upped the stakes of their rivalry via a bet between each city’s classic car museum. Typical, right? 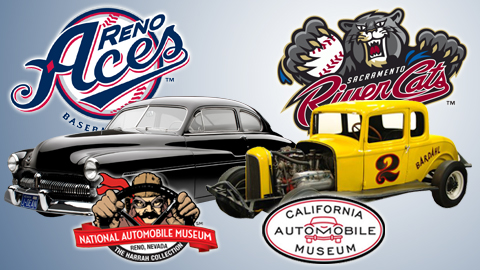 The annual season series between the Reno Aces and the Sacramento River Cats will take on new significance in 2011, as the two host cities’ auto museums will face off in a high profile wager based on the overall winner of the season series. Reno’s very own National Automobile Museum will put up the 1949 Mercury that James Dean drove in “Rebel Without a Cause,” while Sacramento’s California Auto Museum will put up a 1932 Ford raced by driving legend AJ Foyt.

The RiverCats have owned the Aces as of late. Reno’s win on 4/19 snapped a 12-game losing streak against Sacramento, with their previous victory having come exactly a year previous. (My knowledge truly knows no boundaries, a fact that I’ll tell myself many times over tonight while sitting in an easy chair and drinking whiskey in a darkened living room.)

But anyway, can you believe that I’ve made it this far before featuring a new food item that laughs in the face of death? What follows is the Lancaster JetHawks’ new “Heart-Stopper” a limited time only delicacy consisting of a hot dog on biscuits, smothered in sausage gravy, cheese, and bacon. 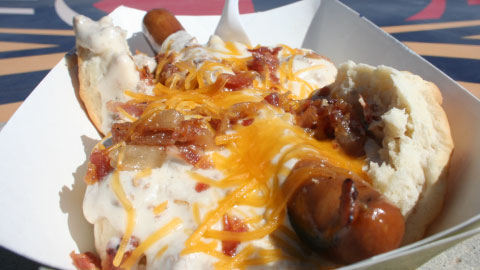 I actually think this one looks pretty good! If only concession items could safely and sensibly be sent via the United States post office…

Until that day arrives, I’ll be amusing myself with humorous videos. This one, featuring the clumsy ball-handling skills of Durham Bulls hurler Mike Ekstrom, is a must-see instant classic.

That’s going to close out the week for me. But before I go, may I direct your attention to my latest “Farm’s Almanac” piece on MiLB.com? Professor Joe Price is singing the National Anthem at over 100+ ballparks this summer, and he’s truly a man on a mission. From the story:

“I always love for people to join in, and for the anthem to be sung together regardless of political orientation,” said Price. “This can, potentially, be everyone’s national anthem. And as a result it can bridge the gap between the Tea Party and liberals, between hawks and doves. Because, even though it is a wartime song, it was written as a celebration of freedom. The preservation of our freedoms is what lies at the heart of it.” 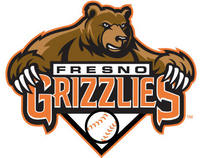 I’m doing that right now, actually, because I’ve got some supplemental content for all y’all — it is in relation to today’s MiLB.com story on the Fresno Grizzlies’ “As Seen On TV Night” promotion.

So, go ahead and read the article. I’ll be right here waiting for you to come back.

Okay, great, nice to see you again. You’re looking well today. So, as mentioned in the article, this promotion paid homage to infomercial products and pitchmen in a wide variety of ways. First and foremost, there was the evening’s giveaway item — a Grizzlies’ logo Shammy Cloth. Here it is “in action” — 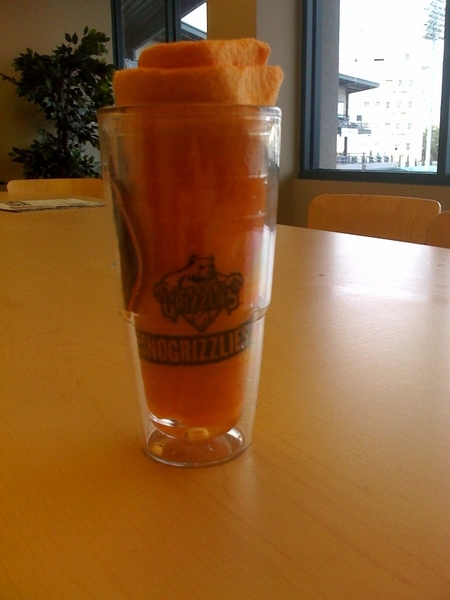 Of course, the player headshots all adhered to the evening’s theme. Behold John Bowker: 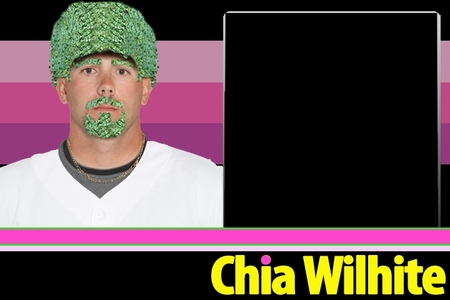 Certainly the evening’s most unique aspect was the Snuggie/Shamwow/Life Alert relay race, in which contestants had to don a
Snuggie, absorb water into a Shammy Cloth, drain the cloth into a cup
on top of their partner’s head and then tumble over and yell, “I’ve
fallen and I can’t get up!” into a microphone.

I’m afraid that supplemental content has now come to a close. I just hit stop on my walkman and everything.

In other news, I’ve got a nice little Minor League road trip planned for this weekend. Here’s the agenda…if YOU are going to be at any of these games please say hello. I’ll be the guy in the shirt.

For those keeping track at home, that seven games at five stadiums spanning four levels of play over three days. Why not, right?

Finally, check out this story on host families over at MiLB.com. It has gotten a surprisingly robust response thus far.