This past Thursday, the Tri-City ValleyCats embarked upon their “4 in 24” project. This ambitious and worthwhile involved the renovation of four local youth baseball fields over the span of 24 hours. Here’s a collage of “after” pictures, taken from an excellent blog post re-capping the event. 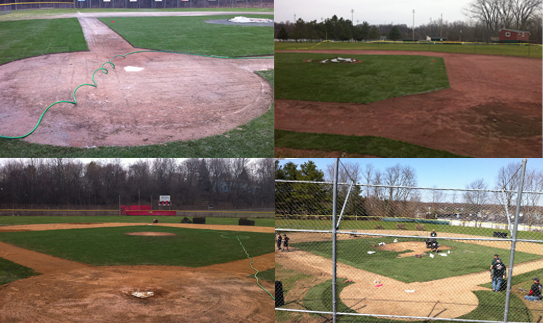 The project was spearheaded by the team, and done in coordination with an array of corporate sponsors and community volunteers. As the ValleyCats explain:

Part of our mission as the Capital Region’s professional baseball team is to act as a steward for the game. The 4 in 24 project was a great way to further this initiative by giving back to the community that has supported us since 2002…The biggest challenge that we faced was the sheer size of this project. The ValleyCats organization has renovated a number of fields over the years but completing four within twenty four hours required a well-coordinated effort and a lot of coffee. Each of the leagues and sponsors provided volunteers that were crucial in moving things along.

The field work included “cutting out the entire infield grass, raking and grading the dirt, leveling the playing surface, laying out brand new grass and rebuilding the entire pitchers mound and home plate areas.” The aforementioned blog post includes a plethora of “before and after” photos. Here are two: 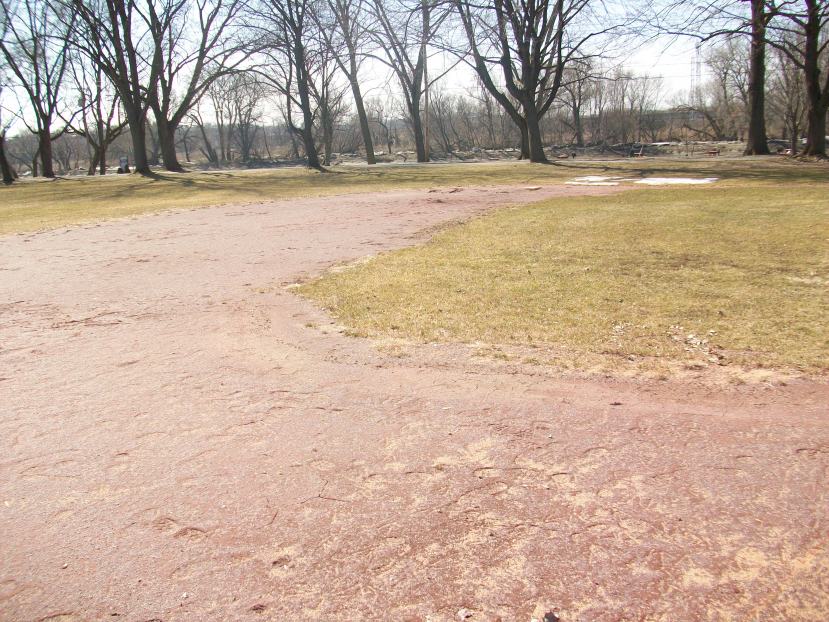 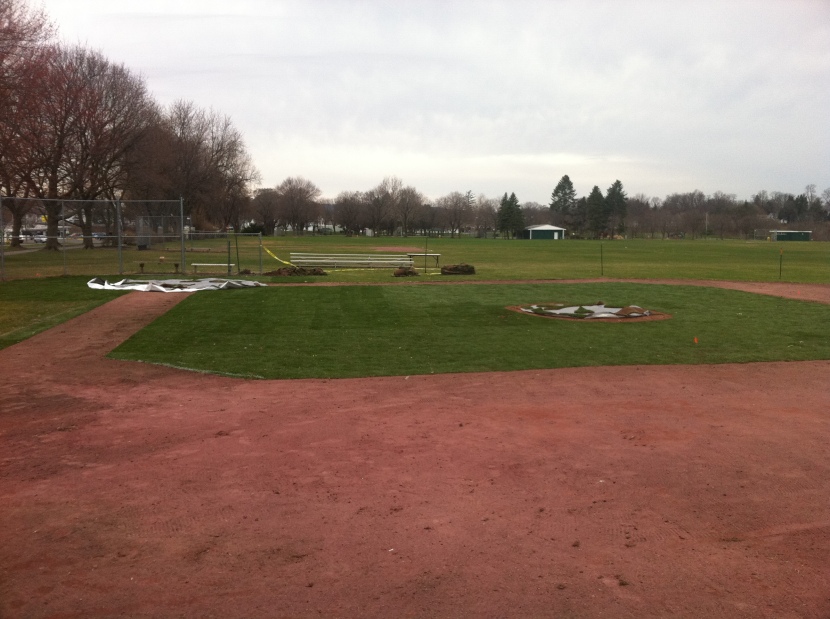 An even more current example of MiLB altruism can be found in Durham, as the Bulls are collecting food and clothing for those victimized by the recent tornadoes in North Carolina. The team offered free tickets to Wednesday’s matinee contest for all fans donating five canned goods or a bag of clothing. Here’s the resultant scene on the concourse: 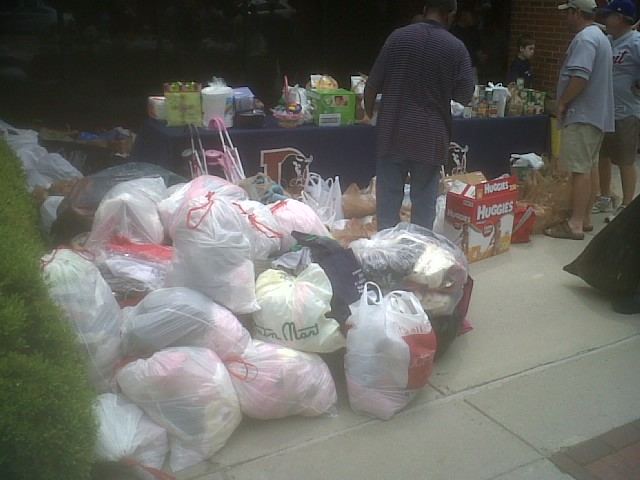 As is often the case in April, poor weather is wreaking havoc throughout the world of Minor League Baseball. Yesterday’s post included snow-filled photos and video from West Michigan, and today the Wisconsin Timber Rattlers have postponed their ballgame due to an excess of the white stuff.

This picture appeared on announcer Chris Mehring’s “Rattler Radio” blog today.  It appears that the grounds crew workers may be preparing to pelt the broadcast booth with snowballs. 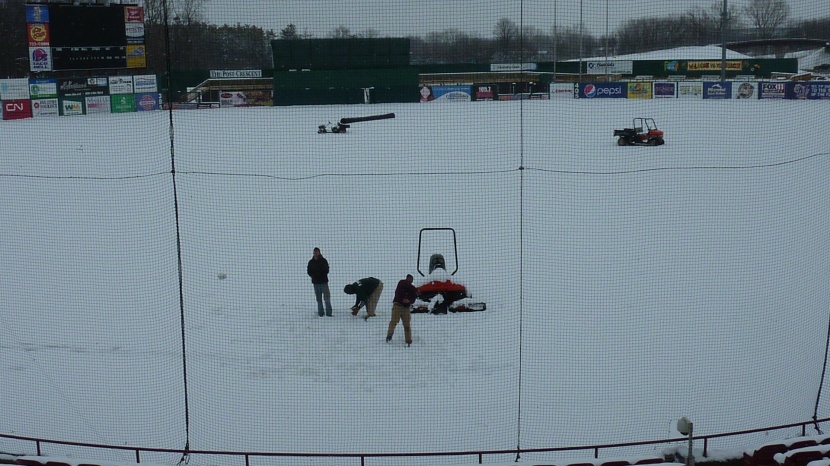 Meanwhile the Quad Cities River Bandits are currently playing a ballgame despite these conditions outside of the stadium (this photo originally appeared in the Peoria Chiefs “Playing in Peoria” blog). 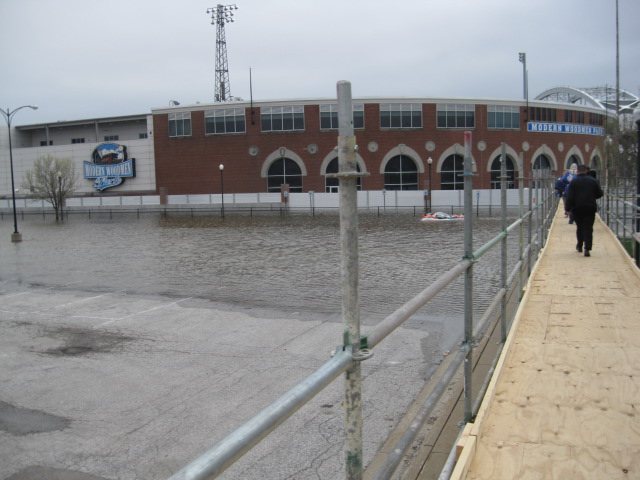 Such is life when you play in a ballpark built on the banks of the Mississippi, but extensive renovations of recent vintage (including berm seating that doubles as a floodwall) have done much to mitigate the damage.

I’ve gotten through this post without a single joke attempt, a rarity in the world of Ben’s Biz Blog. It feels kind of good, actually, so I’ll end this before the urge to pun-tificate becomes unbearable. Thanks, as always, for reading. 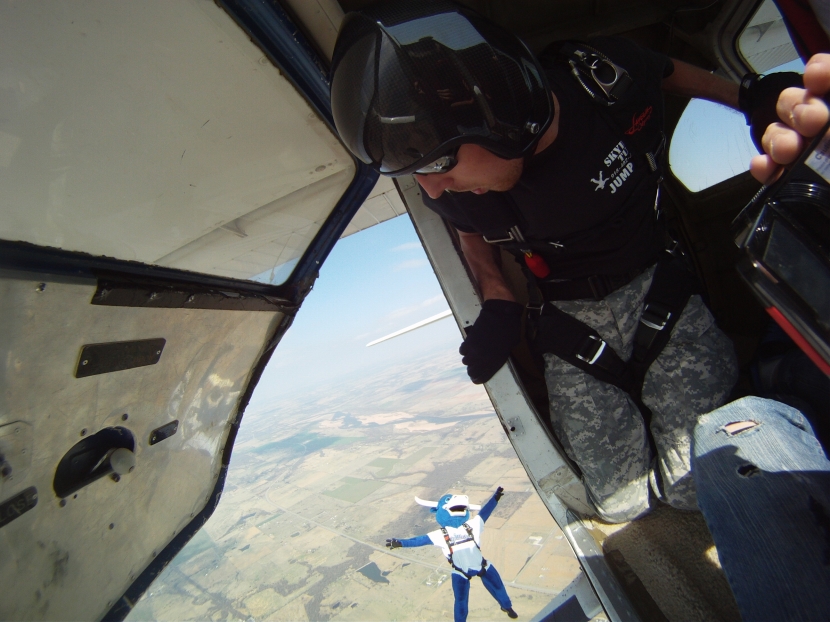 That sky-diving bull is Hornsby of the Tulsa Drillers. Jumping out of an airplane (why not?) was one of his last acts before undergoing a thorough overhaul. As part of an effort overseen by Mascot Doctor (and original Phillie Phanatic) Dave Raymond, the Drillers hired a full-time performer and and re-did the costume. 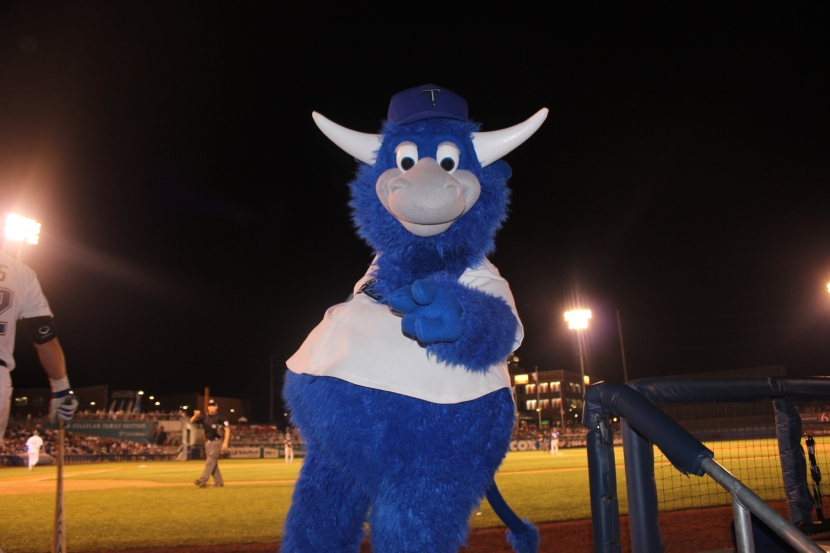 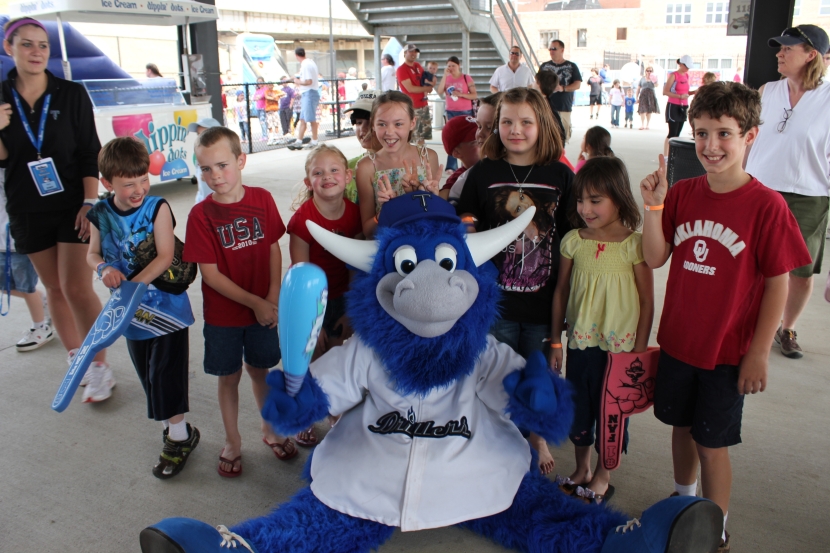 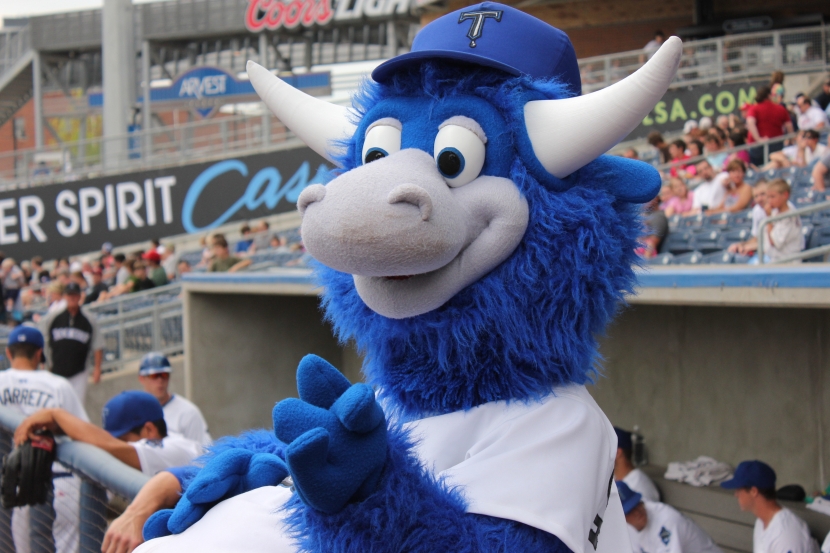 I think a good way to publicize the new Hornsby would be to make a video of him in a sushi restaurant eating soup, accompanied by the sounds of 2 Live Crew. The video would be called “Miso Hornsby.”

Never mind, sorry, strike that from the record. It’s just that if you can’t please everyone you’ve got to please yourself. And speaking of guardin’ parties, the 550-pound Ryan Howard Garden Gnome recently presided over the Reading Phillies humdinger of an Opening Night celebration. 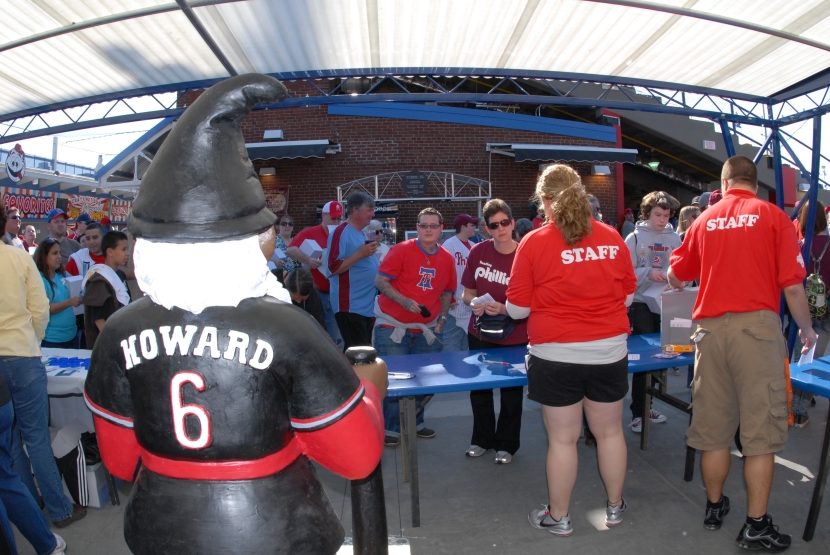 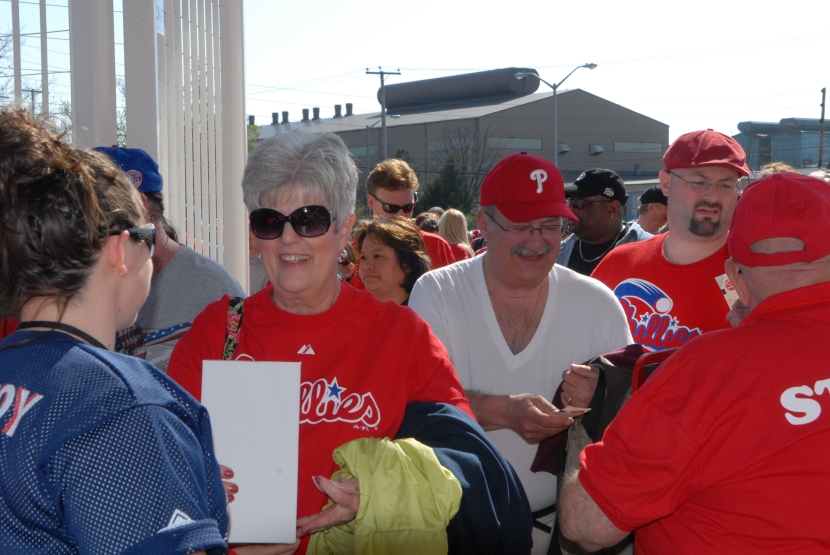 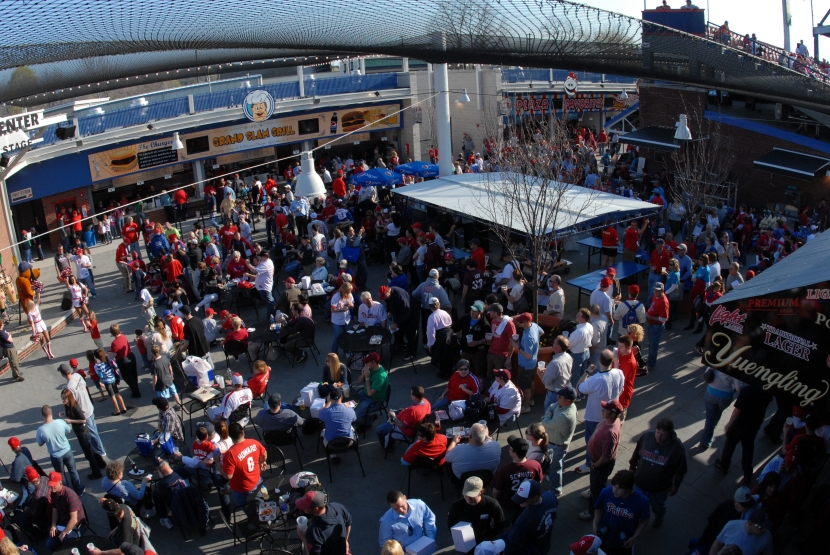 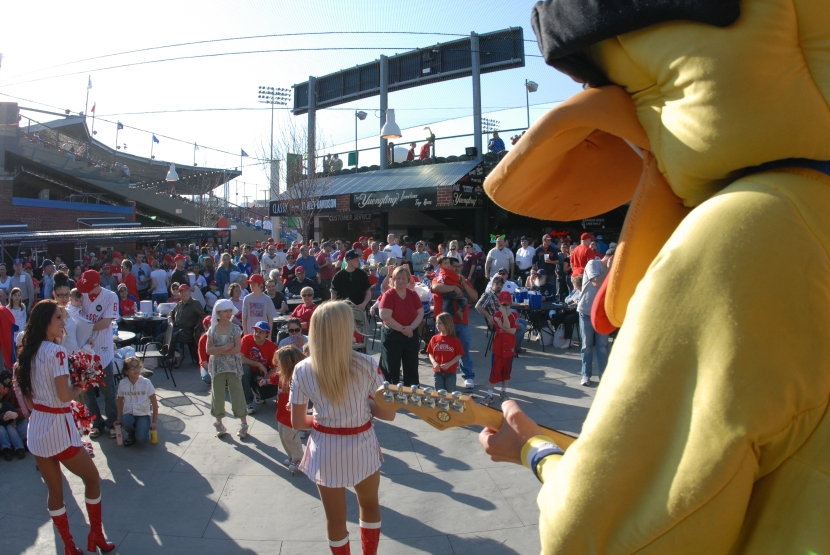 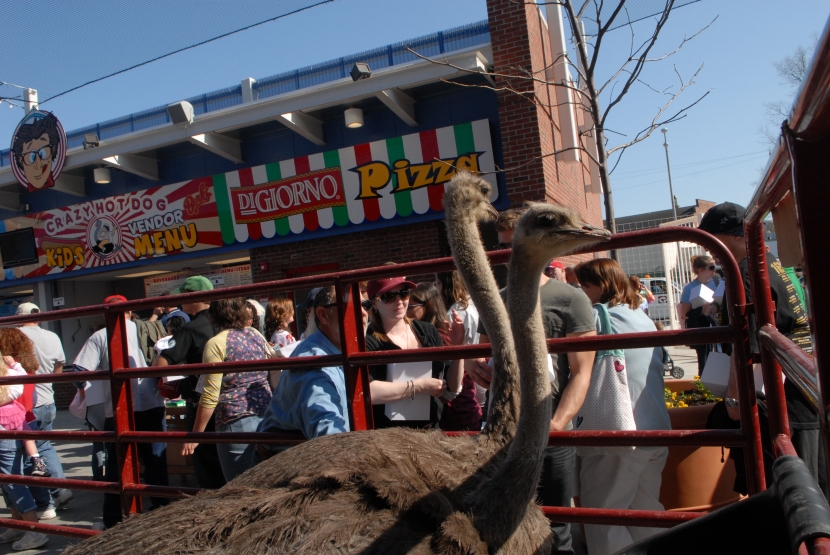 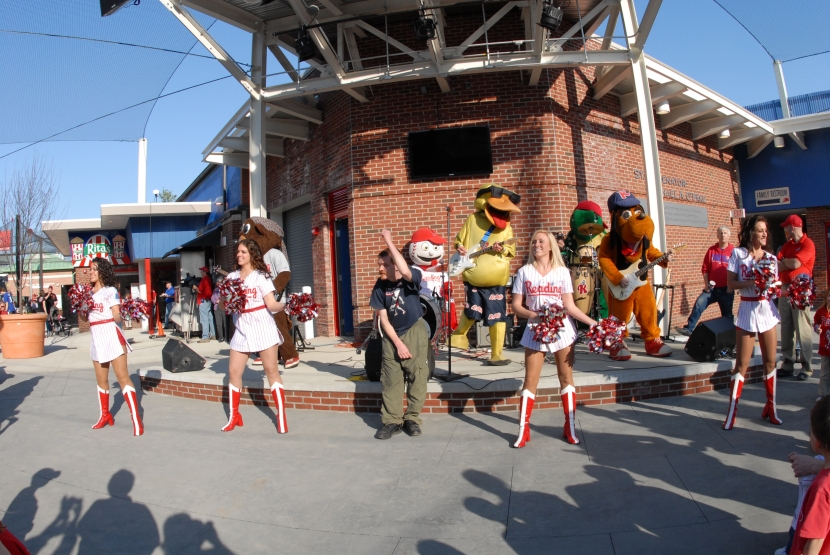 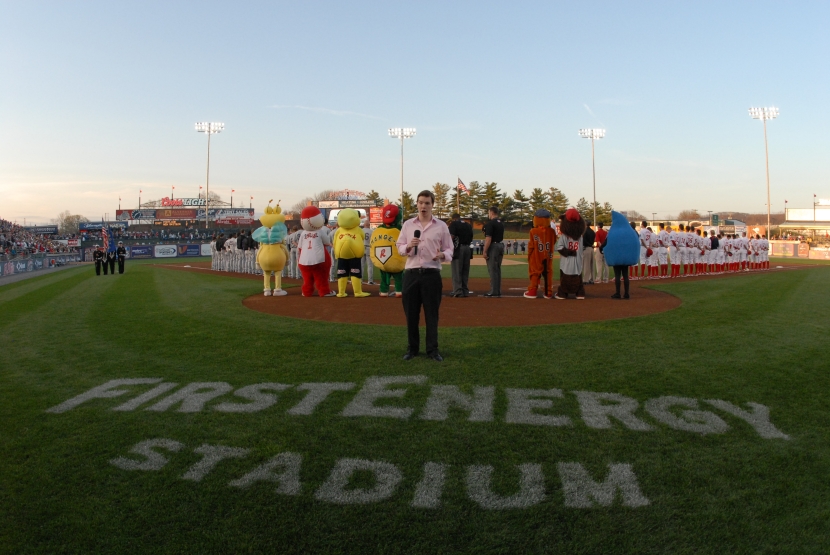 But for many teams, the pomp and pageantry of Opening Day soon succumbs to cold, hard, reality. Emphasis on the cold. The Wisconsin Timber Rattlers are snowed out today, and yesterday evening West Michigan Whitecaps played a ballgame despite this being the scene earlier in the day:

But in the team’s own words: “If there’s snow on the field, play ball!”

Such frosty weather can be hazardous to mascots as well, as the Lake County Captains latest “Christmas Story”-themed giveaway dramatically illustrates. On July 23, one year after the “Skipper Leg Lamp“, the team is distributing this: 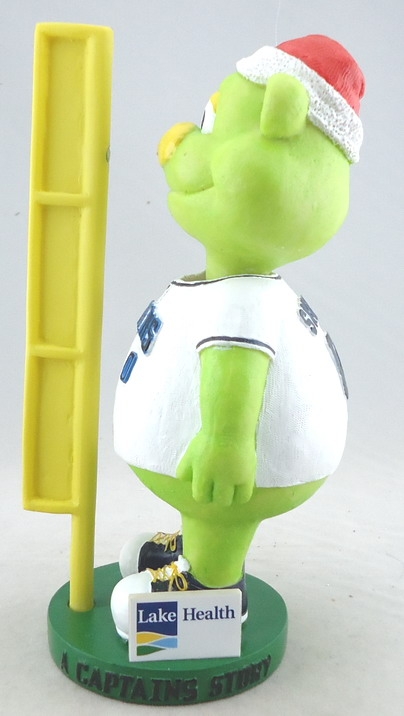 Keep Your Nose to the Foul Pole

Yes, Skipper’s nose magnetically attaches itself to the foul pole.

That’s all for me today, but before I go let me note that there is a NEW PROMOTION PREVIEW column and that FEEDBACK IS APPRECIATED! I want to be the Big Meech of Minor League Baseball writers, but instead feel like Hoover because all of my writing occurs in a vacuum.

I’m sure this has nothing to do with belabored, obscure, and obsessive compulsive wordplay.