Last week I took a break from the typical sort of blog content, eschewing the ever-present “now” in favor of planning for the future. And indeed, your input is still very much desired regarding that particular tri-fecta of posts:

— Follow me on Twitter, win free stuff, send me more free stuff so that other people can then win it!

— Send me headshots! (Seriously, the response to this thus far has been tepid at best. My writerly ego, so fragile to begin with, is in danger of suffering irreparable damage. Here’s some inspiration for ya: 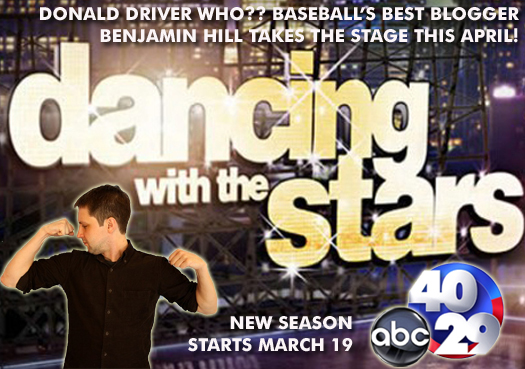 But that was then, so now it’s time to look at what was then now. Or, rather, was now then. Capiche? Me neither.

First and foremost, we have a late arriving piece of news from the team name/logo field: Next season, the peripatetic Scranton/Wilkes-Barre Yankees will be known as the “Empire State Yankees.”

The Yankees’ Empire State of Mind is due to the fact that the team will be playing “on ze road” throughout the 2012 season, with the majority of the ballgames being hosted by the Rochester Red Wings (the team is also playing “home” games in the Empire  State locales of Batavia, Buffalo, and Syracuse). This less than ideal situation is because the team’s PNC Field is undergoing an extensive $40 million renovation, rendering the field unplayable.

Or is it? The renovations have yet to begin, as the team’s scheduled sale to Mandalay Baseball has yet to go through. More on all that, as well as the mild controversy behind the Empire State Yankees name, can be found HERE.

And, hey, since we’re on the new logo tip now would be a good time to show the San Jose Giants’ recently unveiled 25th anniversary mark. Your life will never be the same: 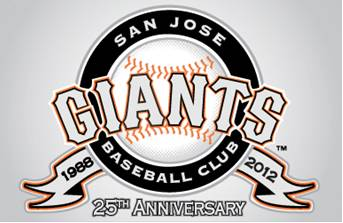 And now for yet another logo, of sorts: The Reno Aces have continued their St. Patty’s day tradition, by releasing an Irish-themed limited edition t-shirt. 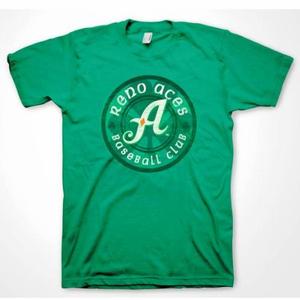 On St. Patty’s Day the team should drop the “Ren” from their name and simply go by the name “O’Aces.” Although, come to think of it, that might result in a lawsuit from the Gallagher bros.

Meanwhile, I’ve been spending a lot of my “down” time here at the office in the tedious but worthwhile task of compiling (via spreadsheet) 2012 promos of note. Some interesting stuff pops up sometimes, such as this offering from the Portland Sea Dogs:

Sez the team: There are only two guarantees in life: death and taxes. Therefore the Sea Dogs have partnered with Jones, Rich, and Hutchins to giveaway a headstone to one fan.

I like it! We as a society need to spend more time contemplating (and therefore overcoming our fear of) the sheer inevitability of death. While a “Salute to Mortality” theme night is a long way off, the Sea Dogs are at least moving the conversation in the right direction.

What a momentous week — yesterday was Pi Day, today is the Ides of March, Wednesday is National Artichoke Hearts Day and Thursday is St. Patrick’s Day.

Minor League Baseball’s involvement with the first three of these annual milestones is minimal at best, but for St. Patrick’s Day teams are going green in a way that has nothing to do with waterless urinals, concourse recycling bins, and LEED certification.

The Savannah Sand Gnats are offering this St. Patty’s day tee, which makes it clear that insects can be Irish too: 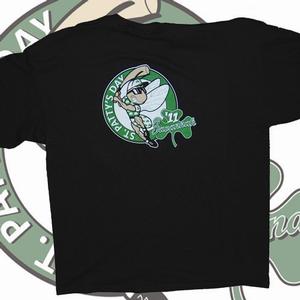 Indianapolis is putting its own spin on the theme, as this green cap celebrates the “Luck O the Indians.” 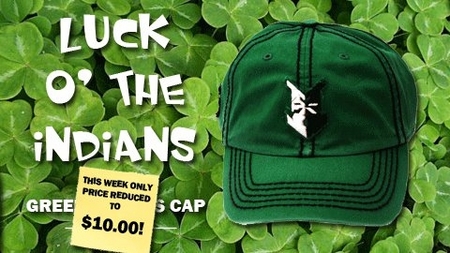 And out in Reno, the Aces are offering hats as well as gender specific t-shirts. Female denizens of the Biggest Little City in the World can’t go wrong with this: 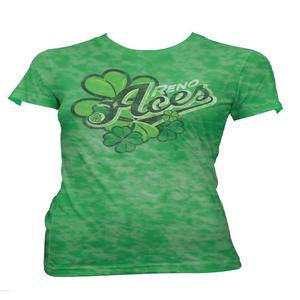 And speaking of the Aces, the team is currently offering what I believe is the best season-ticket package in all of Minor League Baseball. Full-time students can purchase a general admission pass for $72 — that’s $1 a game! 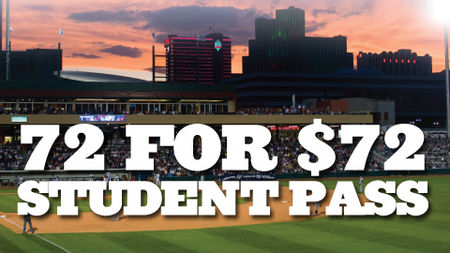 But even cheaper than $1 a game is free, and in Fort Wayne the TinCaps are currently offering fans a unique way to score complimentary Opening Day ducats. 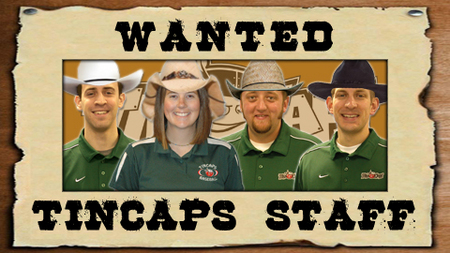 [T]he TinCaps are looking for eagle-eyed deputies to enforce a new staff dress code. Any fan who catches a full-time TinCaps staffer without a TinCaps logo visible on their person wins two tickets to Opening Day…Staff members must wear a visible TinCaps logo at all times for the entire month leading up to Opening Day, whether or not they are on the job. Anything from a TinCaps fake tattoo sleeve to a lapel pin is sufficient.

For truly committed fans, this shouldn’t be a problem. Just pick a staff member and engage in round-the-clock surveillance. They’re sure to slip up sooner or later.

It’s a new month, and you know what that means: time for the Akron Aeros to release a new hot dog into the world.

Well, two new hot dogs this time: the “Eighth Wonder” and the “Wonderdog.” And considering that there are 40 topping options to choose from, the possibilities are virtually infinite. 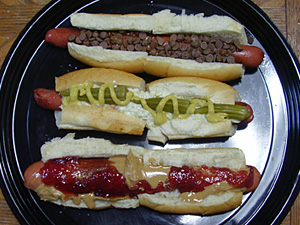 The above trifecta, from top to bottom: 1 — Chocolate Chips 2 — Okra, Cole Slaw and Spicy Mustard 3 — Peanut Butter and Jelly

As for the dogs themselves, both are made from Black Angus Beef. The “Eighth Wonder” is 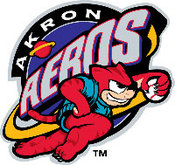 16 inches long and weighs in at a pound, while the “Wonder Dog” is a more manageable 1/2 pound and 14 inches.

Like the “Three Dog Night” and “Nice 2 Meat You” before it, the Aeros latest creation is from the mind of first-year Food and Beverage director Jason Kerton.

“I probably went through 75 or 80 different toppings, and narrowed it down from there,” he said. “I stand by all 40, everything we’re offering is going to taste good on a hot dog.”

This includes such unlikely candidates such as chocolate chips and Kerton’s personal favorite — peanut butter and jelly. 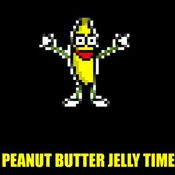 “It’s like having a chocolate cupcake and a bag of potato chips — sweet and salty,” he said. “The tastes complement each other.”

There are no limits to the amount of toppings that fans can choose, a policy that could result in some truly bizarre combinations. How about wasabi, sprinkles, baked beans, pineapples, and pepperoni?

“Everyone’s taste buds are different, so I say ‘Have at it,'” said Kerton.

— In non-food related Akron Aeros news, the team is taking the now-familiar “Mascot Delivery” concept and applying it to St. Patrick’s Day. 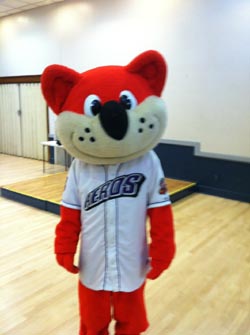 Funny, I’ve never really thought of a mascot having a specific nationality before.  I always just viewed them as global citizens of ambiguous origin. Regardless, the $100 ticket package consists of the following:

The following sentence was not included in the press release, although I wish it was: “This offer is not a sham. It rocks!”

Hate mail can be sent to:

To start things off, I would like to post this picture of the skateboard deck that the Bowling Green Hot Rods will be giving away on May 31. I meant to post this yesterday, but ran into inexplicable technical difficulties that ended up ballooning into an anxiety-ridden existential crisis that left me questioning the concrete reality of everything I take for granted on a day-to-day basis. So here goes nothing:

Oh, man. I feel so much better now, and can get on with my life. That’s a great giveaway, right? So far as I know, the Hot Rods are the second team to give away a skateboard. The Lancaster JetHawks did so in 2008, resulting in a pre-game line of fans that wrapped around the stadium.

Now that that’s out of the way, I suppose I should mention that today is St. Patrick’s Day and then dutifully provide some suitably Irish content. Consider it done.

I am aware of two teams that have released St. Patty’s apparel: The Orem Owlz and Savannah Sand Gnats (feel free to send me indignant emails that point out other clubs I have omitted, as my goal of total omniscience has not yet been attained). 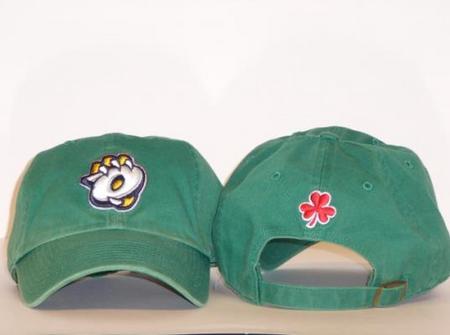 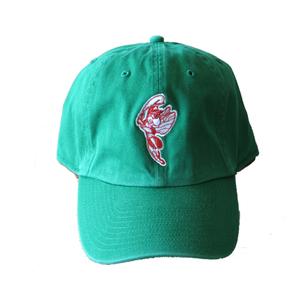 Update: Here’s another one, courtesy of the South Bend Silver Hawks. As you may recall, the Silver Hawks play an annual exhibition game against the Notre Dame Fighting Irish. 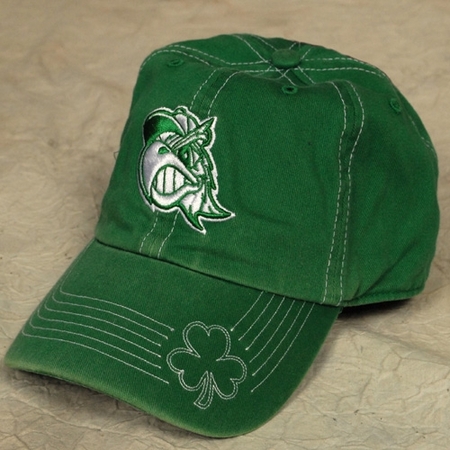 And since I’m on the much-beloved topic of “apparel”, now is as good a time as any to point out that the Tulsa Drillers unveiled their new uniforms earlier this week. Not too drastic a change, but it should be noted that a “rich, royal blue” will now be the primary color: 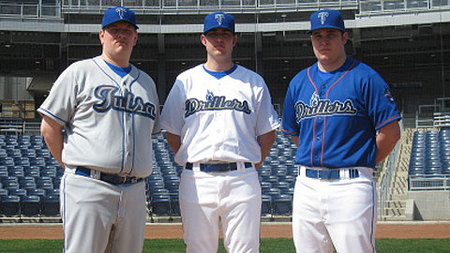 I’ve got a pair of apparel items for you, as it “terns” out. The Great Lake Loons unveiled a new alternate logo, which will be worn on Sundays. In my mind, this looks like a futuristic hover car, with the driver represented as the two circles within the Loons’ red eye.

Birds reign supreme in other markets as well, such as Missoula:

It is worth noting that the Osprey front office works out of this house during the offseason: 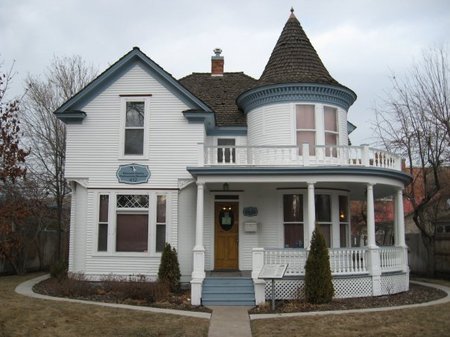 Either that’s a really wide window or a really narrow door.

To continue on with both the “video” and “bird” theme, the Memphis RedBirds have released a pair of videos that highlight their constant state of baseball readiness.

With all due respect to Three Dog Night’s take on “One”, I would like to suggest that in the future teams opt for the Harry Nilsson version (Incidentally, if any club stages a “Nilsson Night” at the ballpark then I will travel to cover it on my own dime).

But back to the ‘Birds, who have more up their sleeve when it comes to delusional backstops:

That’ll do it for me today. I hope everyone enjoys their St. Patrick’s Day celebrations, even if said celebration is simply drinking Mickey’s while watching Leprechaun in the Hood.

(And if that is indeed what you are doing, then I hope you are getting as much out of college as I did).