“If it bleeds it leads” is a well-known journalism trope, and those of us who make a living in the cutthroat world of Minor League baseball blogging ascribe to a similar saying: if it’s a logo then it’s a go-go.

Therefore, I have no choice but to begin today’s missive with the latest and greatest images to emanate from the world of MiLB. On Saturday, the High Desert Mavericks unveiled a pair of high-definition alternate logos: 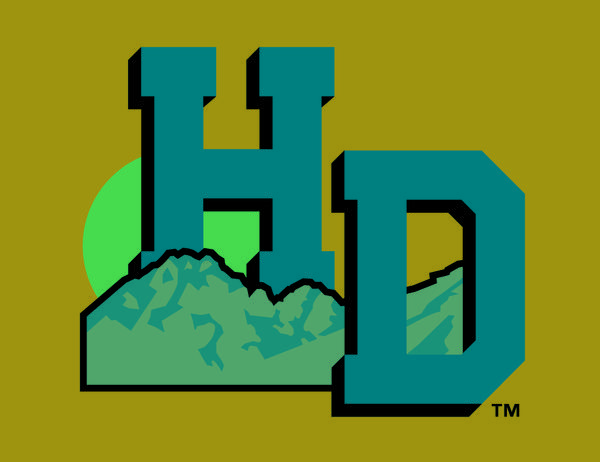 Colors are a state of mind, man.

“After 21 seasons in the Victor Valley, we felt it was a great time to introduce new logos which reflected both the Mavericks team identity and our strong connections to the High Desert community,” general manager Eric Jensen said. “Our new ‘HD’ logo allows the whole High Desert to feel represented when they’re wearing Mavericks apparel and incorporates the unique physical attributes of this region.

“Likewise, the new cowboy logo represents the rugged resilience of those who reside in the desert while providing a historical tie to the Maverick name.”

I was fortunate enough to be able to visit a Mavericks game last season, but somehow I neglected to notice physical attributes such as a green sun. I did, however, notice the ruggedness. 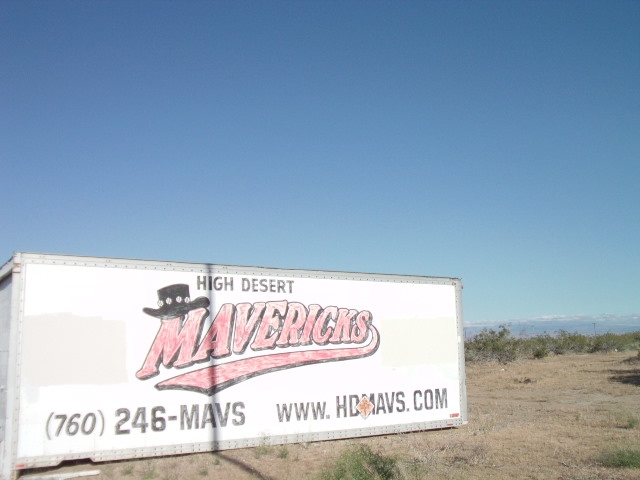 Another team I visited on that trip were the Lake Elsinore Storm, who have recently announced a very good reason to make a return visit. Following April 22’s ballgame, Joan Jett and the Blackhearts will perform a free show.

This has to be one of the best deals of the season — where else can $9 buy entry to both a professional baseball game and a rock n roll spectacle?

The concert, set to begin approximately 30 minutes after the game ends, will be held in celebration of Storm owner Gary Jacobs’ birthday. Jett, known for “I Love Rock N Roll,” is scheduled to perform a 90 minute set with her band on a stage placed behind second base.

Hey, Lake Elsinore, please do me a favor and offer Rocky Road ice cream during the ballgame. It would mean a lot.

But now let us return, one more time, to the world of logos. On Monday the Reading Phillies announced a great new idea, one that sees them teaming up with Brandiose in order to teach the art and science of logo design to a new generation. 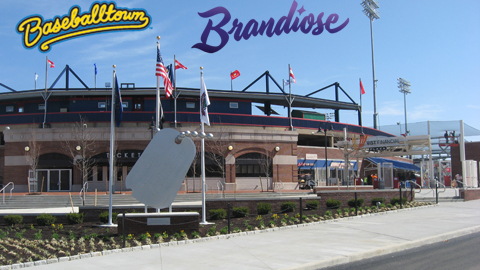 And since it’s been a press release quoting kind of morning, let’s do it one more time:

As a kid, did you ever dream of wearing uniforms like the pros? Jason Klein and Casey White of Brandiose are the guys who design the official logos and uniforms for Major League Baseball teams. The duo will be coming to Reading, PA to give the kids of the Olivet Boys and Girls Club a firsthand look at how baseball logos come to life. Brandiose will also be collaborating with the kids to design their very own logos for the Baseballtown RBI League.

Jason and Casey will take the kids through the same creative process they take teams of Major League Baseball and Minor League Baseball through by discussing the parts of the community the kids cherish the most. They will then work with the kids to bring those ideas to life in logo form. Kids will sketch their ideas at the event, with Klein and White compiling the ideas into a major league look for each Baseballtown RBI League team. The kids’ logos will be unveiled in time for the Baseballtown RBI League’s 2012 Opening Day.

And — hey! — if any kids want to submit a Ben’s Biz logo that could be used for 2012 and beyond then you know where to find me. That’s right, alone and in front of a computer.