It was my not my intent for the blog to take such a lengthy midweek hiatus, but the fact of the matter is I had very little material to work with. So I took a deep breath, stepped away from the WordPress dashboard, and waited for my falderal reserve to naturally replenish itself.

Let’s start with a recap of a mission kinda-sorta accomplished, as earlier this week Richmond Flying Squirrels mascot Nutzy took a trip to St. Louis in order to capitalize on the Rally Squirrel mania that has overtaken that Cards-crazed city. Nutzy’s obligations are many, however, so his trip to the Show Me State was necessarily brief. Although he is already imbued with the power to fly, he took an airplane to St. Louis on Wednesday… 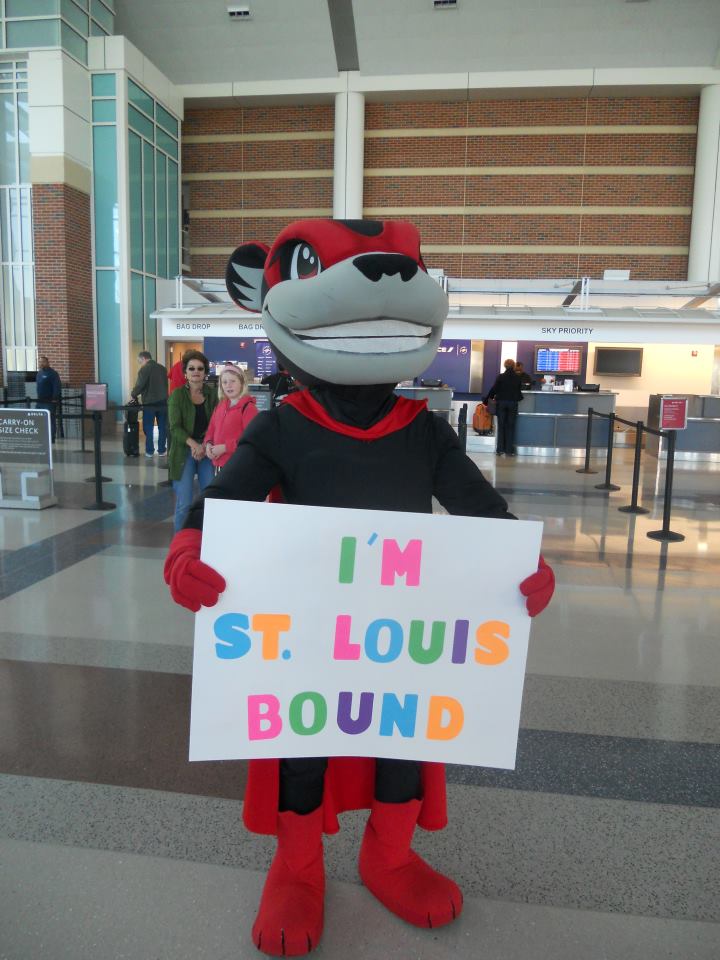 just in time for a Game 6 rainout. 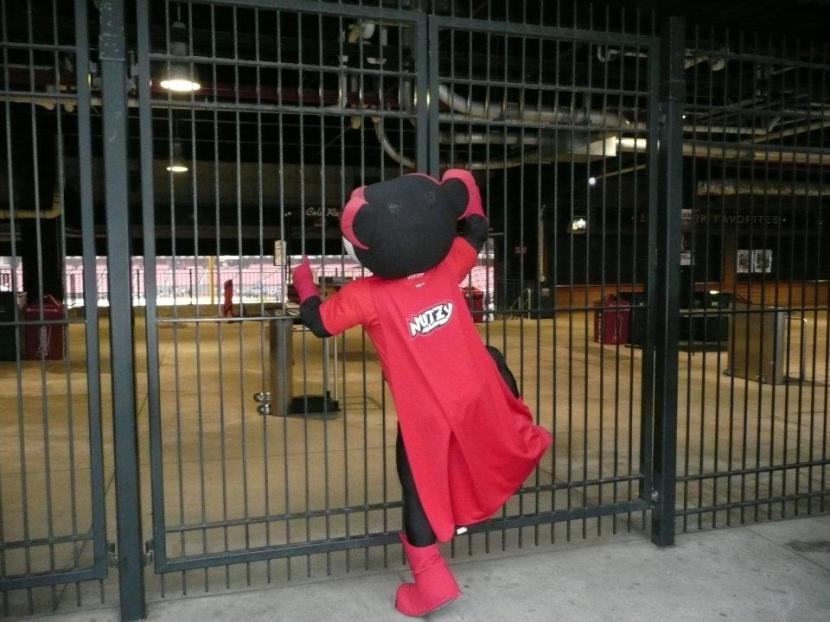 What a bummer. But gliding rodents have a natural predilection for optimism, so Nutzy made the best of a bad situation. He posed with fans outside of shuttered Busch Stadium before checking out the sights of St. Louis. 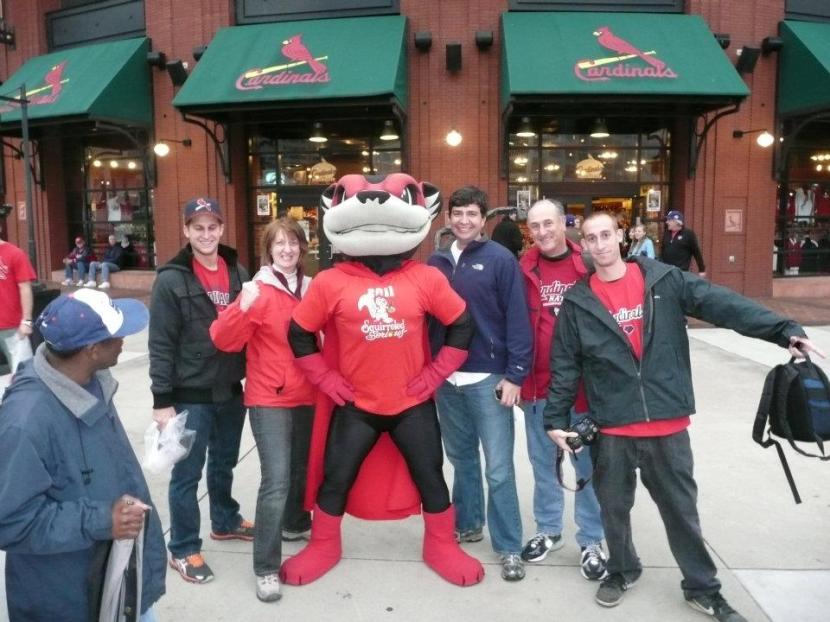 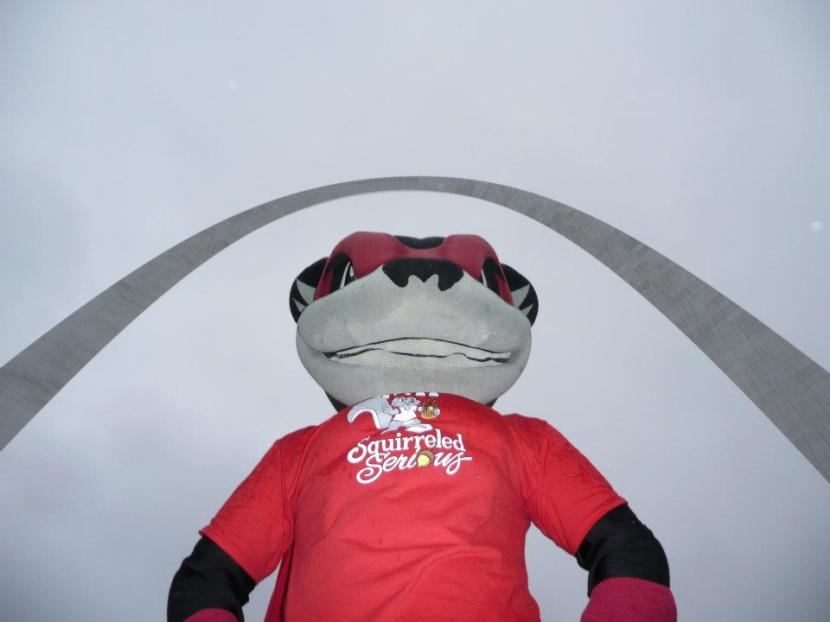 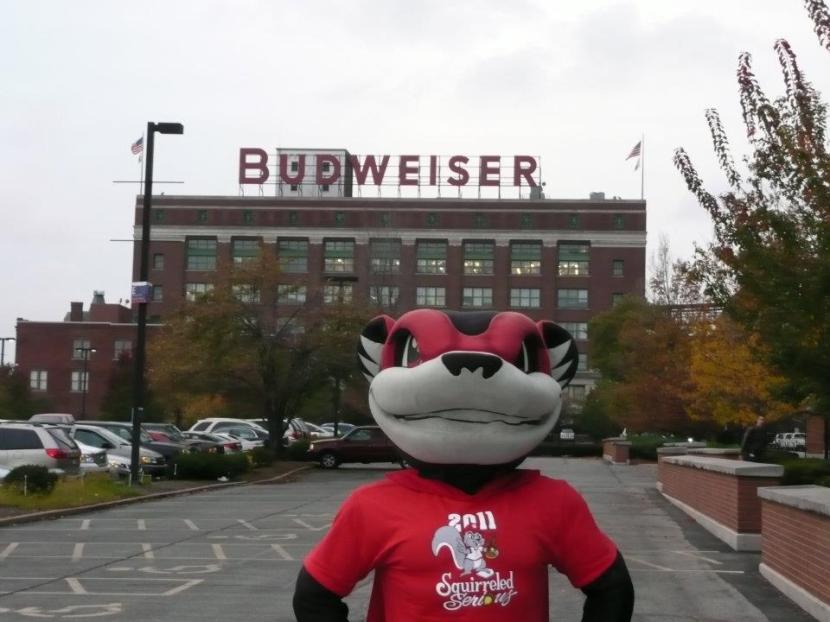 Despite the somewhat anti-climactic nature of Nutzy’s journey, the sheer ridiculousness of a Virginia-based mascot of a San Francisco affiliate visiting Missouri in order to capitalize on mania surrounding the alleged rallying powers of his species generated some national attention. Most notably, the New York Times Bats Blog filed a dispatch in which Nutzy was described as an “eugenically designed über Eichhörnchen.”

Now let’s break that down: Nutzy sounds a bit like “Nazi,” Nazis were German, “eichhornchen” is German for squirrel, and eugenics as a social policy fell into (hopefully permanent) disfavor after taken to extremes by the Nazis. Subtle, perhaps, but this is one of the most nefarious disses ever levied against a mascot! The Richmond Flying Squirrels should boycott the paper of record until they receive a full apology for this sinister insinuation!

But I suspect that Nutzy will find other ways to occupy his time, as waging quixotic campaigns against the Gray Lady just doesn’t seem like his kind of thing. This is, after all, an individual who just last week rappelled down a building. 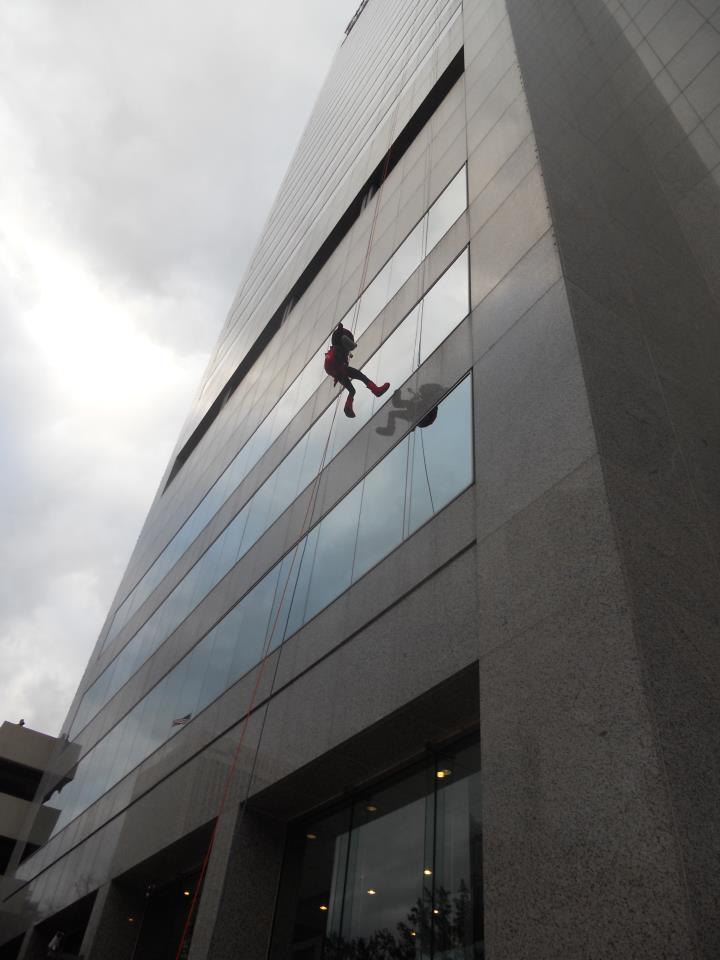 Rappelling down a building is something I have yet to attempt, but despite the lack of blog content I’ve still been fairly busy this week on MiLB.com “MiLBY Award” content as well as this feature that ran today on the Omaha Storm Chasers and their 2011 season. Give it a read; I chose to focus on the Storm Chasers because their recent transitions help to illuminate core Minor League Baseball operating principles that are often misunderstood.

Apropos of nothing, I’ll close this post with a video that I somehow missed the first time around. It’s of Boss and Moko Moanaroa and their father Joe performing a Maori war dance during a rain delay in Lowell. It’s the endless availability of things like this that make Minor League Baseball such a fun world to be immersed in.

Thank you for indulging this Minor League missive in the midst of such historic times for MLB. Enjoy Game 7 and the weekend in general, and I’ll be back on Monday with some Halloween-based content. If you’ve got something for me, then now’s the time to send some falderal for my reserve.