February 14 is a day when most people are either pitching woo or lamenting the absence of woo while listening to Wu-Tang Clan songs that sample John Woo movies.  I, meanwhile, devoted a chunk of my always productive and multi-faceted work day to a blog past entitled “The Marking of Momentous Milestones.” It dealt with anniversary logos.

Soon after the publication of said post, I was alerted to the existence of several more anniversary logos. So, in the interest of fairness as well as professional stagnation, today’s post will be devoted to EVEN MORE ANNIVERSARY LOGOS. (Sorry, it’s just that many of these logos are a lock to be on caps.)

Let’s start with the Round Rock Express, who are celebrating their Quinceanera. 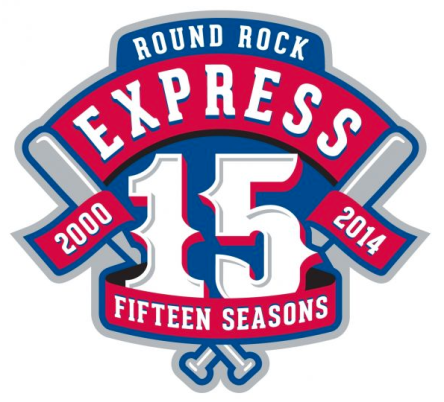 Meanwhile, the Richmond Flying Squirrels are entering their fifth campaign. If you don’t believe me, just look at this: 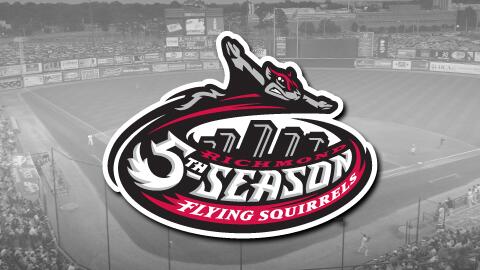 While it’s true that you can’t spell Quinceanera without “Erie,” the SeaWolves are even older than that. Read all about their 20th anniversary plans HERE. 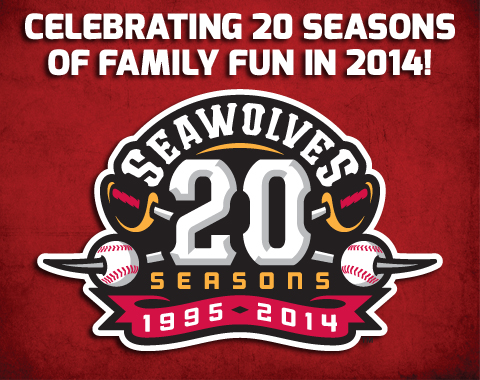 Five plus 20 equals 25, which is the number of seasons in which Scranton/Wilkes-Barre’s International League franchise has been operational. 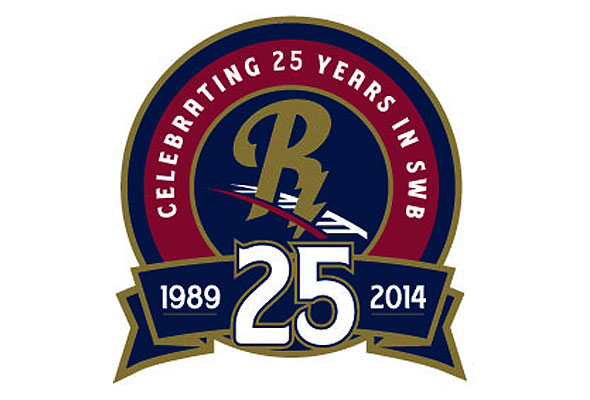 The RailRiders will be celebrating this anniversary throughout the season, including wearing a theme jersey that incorporates their three distinct identities (Red Barons, Yankees, RailRiders) into one coherent (?) whole. 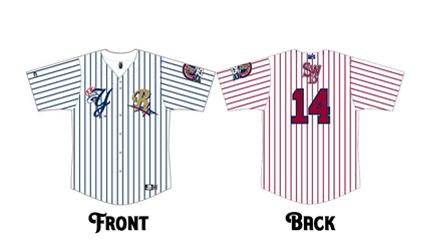 Also in (relatively) recent logo news, the Bristol Pirates have unveiled their look for 2014 and beyond (this marks Bristol’s first year as Pittsburgh’s rookie-level affiliate, hence the new look). Check it out, via this series of moving images:

The Harrisburg Senators have unveiled a new batting practice cap, which honors the insects that used to rain down upon fans during night games at City Island. 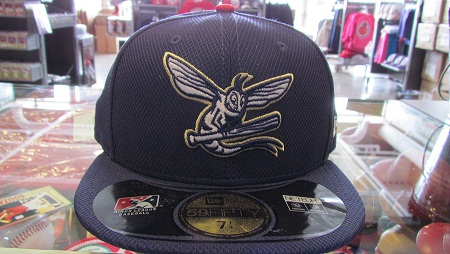 Mayflies, obviously huge fans of the team, have been known to hang out around Metro Bank Park, home of the Harrisburg Senators, on humid summer nights. These harmless little bugs are hatched near the banks of the Susquehanna River. The mayfly has a short lifespan and is fond of the bright lights of the ballpark. They can often be seen near the stadium light poles around 9:00 p.m. on a game night during the summer months.